Accessibility links
China's Latest Export: Anti-Establishment Music For Chinese indie band Rebuilding the Rights of Statues, the art of making anti-establishment music in a non-democratic state is all in the translation. For example, the band translated the title of its song "Hang the Police" as "the police are laughing." 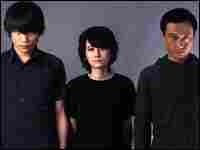 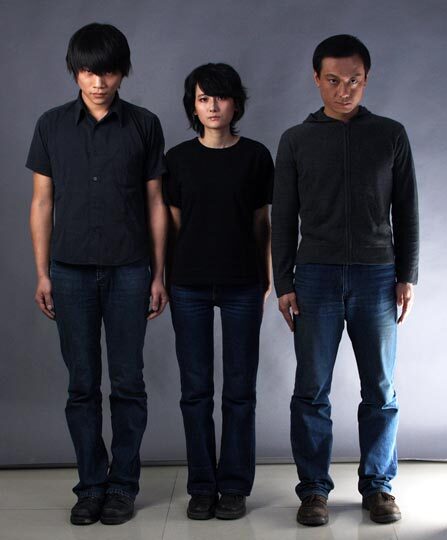 Rebuilding the Rights of Statues, aka Re-TROS are Hua Dong (from left), guitar/vocals; Liu Min, bass/vocals; and Ma Hui, drums. 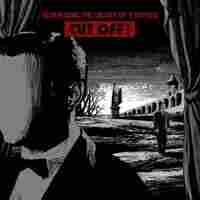 Music from the Rebuilding the Rights of Statues CD:

'Laugh From the Time' 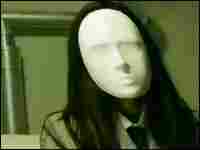 Watch a Video for 'TV Show (Hang the Police)'
myspacetv.com

In China how we say things is not very direct. I think this adds depth to what we're doing, and it's fun.

Hua Dong, lead singer and guitarist of Rebuilding the Rights of Statues

China, the world's top exporter of laptop computers, T-shirts and toys is now trying to export indie rock. The country's largest independent record label has just released its first album in the United States, by a band called Rebuilding the Rights of Statues.

The band toured the United States before the album's release, performing at the South by Southwest musical festival in Austin, Texas, and several shows in New York.

The art of making anti-establishment music in a non-democratic state can come in the translation. The three members of Rebuilding the Rights of Statues, or Re-TROS for short, compose in English.

The band is required to translate all of its lyrics into Chinese and submit them to the government for approval.

"Maybe sometimes when we translate, it might be wrong," he says.

For example, the band translated the title of its song "Hang the Police" as "the police are laughing."

Often they'll translate literally. As is the case with any language, the literal translations sometimes don't make sense. And that can work to the band's advantage.

"It's like a game of cat and mouse to see who can win," he says.

Hua says that dealing with the government forces his band to be subtler in its lyrics.

"It's just different from the West, where people are very direct with what they say," he says. "They just say what they want. But in China how we say things is not very direct. I think this adds depth to what we're doing, and it's fun."

Hua's pragmatic view is typical of many rock musicians in China who grew up in the '80s and '90s during the country's rapid economic boom.

Shen Li Hui founded the Modern Sky label 10 years ago when his own band wanted to record an album.

"Actually the Chinese government is not really that bad," he says. "Within the last 10 years, it has changed quite a bit. Of course, the situation is still not ideal, but the government is more open and liberal than before."

But the art still needs some work, says Trey McArver. He traveled to China four years ago and discovered an indie rock scene in Wuhan, a grimy industrial city of more than 8 million people, where he now owns a club with a Chinese partner.

McArver says his first encounter with the music captured the excitement of shows in the United States.

"It was in this abandoned building on the fifth floor," he recalls. "It was dirty. And there were all these kids there with mohawks and tight, black jeans, and just something I had not seen in China at all."

Then, the music started.

"They couldn't even play their instruments," McArver says. "They would play for 30 seconds or a minute and they would have to stop and they would start over, or try to go to the next song."

Re-TROS' musicians say they're influenced by groups like Interpol, Gang of Four and Joy Division.

McArver says that while Re-TROS' songs aren't completely original, the band still has something to say.

"It's a little bit more thoughtful and it's very sincere," he says. "They're not making music to be cool."

A steady performance schedule earns Re-TROS the equivalent of $300 dollars a month, barely enough for the three musicians to live on in Beijing. But right now, they say their main goal is to make music.

Re-TROS bass player Liu Min says that one benefit to releasing an album in the United States is to show Americans a side of China they might not have heard before.

"We don't expect it will be a big seller," she says. "But of course, we are excited to come to the U.S., the most developed rock 'n' roll market in the world. And if Americans hear us, they might see the progress that rock 'n' roll music in China has made."

MySpace: Rebuilding the Rights of Statues