Accessibility links
The 'Ghosts' Of Rome's Loss At The Battle Of Cannae Ancient Rome is often thought of as consistently victorious but its defeat at the hands of Carthage in 216 B.C. is one of the most studied and imitated battles of all time. Historian Robert L. O'Connell tells the story of Carthage's unexpected victory in The Ghosts of Cannae. 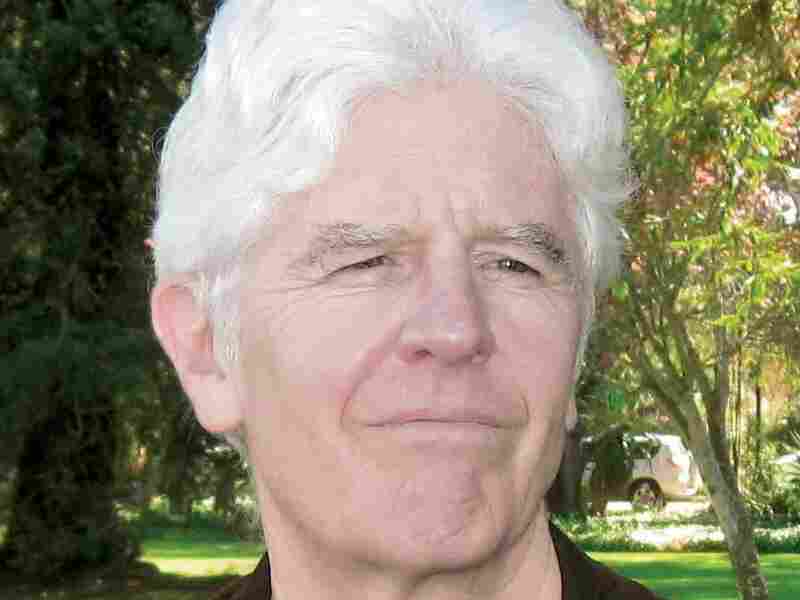 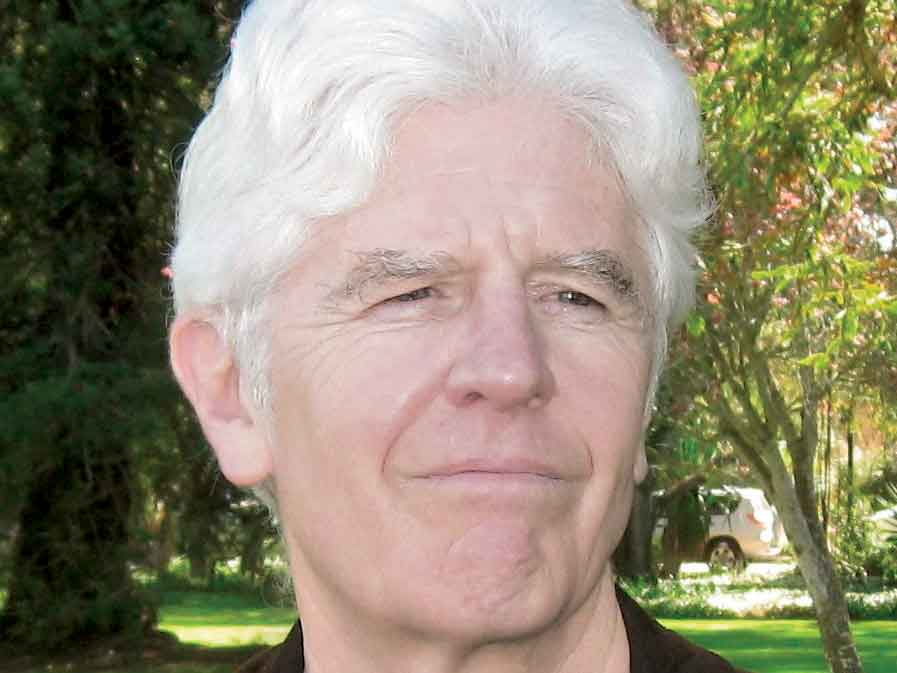 Ancient Rome is often thought of as consistently victorious but its defeat at the hands of Carthage in 216 B.C. remains one of the most studied and imitated battles of all time.

Military Historian Robert L. O'Connell tells the story of Carthage's unexpected victory in The Ghosts of Cannae: Hannibal and the Darkest Hour of the Roman Republic.

O'Connell tells NPR's Neal Conan that while the Carthaginian commander, Hannibal, was a brilliant tactician, he really shouldn't have gone into this battle expecting to win.

"Carthage was essentially a naval power and Hannibal was a land general," he says. "He was invading a country that was basically strange territory, and it had huge manpower resources, which Carthage didn't have." 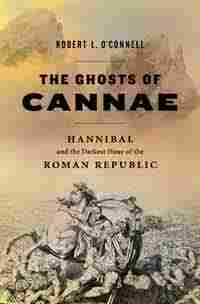 The Ghosts of Cannae: Hannibal And The Darkest Hour Of The Roman Republic
By Robert L. O'Connell
Hardcover, 336 pages
Random House
List price: $27.00

Still, the Battle of Cannae marked a stunning victory for Carthage over Rome. Hannibal and his army enveloped a larger Roman army, annihilating it and killing more Romans in one day than the United States lost in all of the Vietnam War.

"The ghosts of Cannae" refers to the Roman soldiers who survived the slaughter -- and had to carry their loss home with them.

"After they lost the battle, the Romans were so mortified that they actually banished these guys to Sicily as garrison troops," O'Connell says.

The ghosts were in Sicily for 13 years, until Roman general Publius Cornelius Scipio, known as Scipio Africanus, recruited them for his campaign in Africa.

"He went to Sicily to stage the invasion," O'Connell says, "and built out of the survivors of Cannae a new army that eventually beat Hannibal."

The historian says that Hannibal's defeat came about because -- after 13 years of believing Rome's allies would dessert the oppressor and rally to his cause -- he failed to recognize the personal relationships Rome had established between its leading citizens and the leading citizens of its allies.

"Hannibal looked at Rome's alliance structure through an X-ray, and all he saw were the bones," O'Connell says. "What he really needed was an MRI that would have shown the connective tissue."

Hannibal never fully understood the strength of Rome, which is why -- despite winning battle after battle -- he was ultimately unable to break it.

Excerpt: 'The Ghosts Of Cannae'

The Ghosts of Cannae: Hannibal And The Darkest Hour Of The Roman Republic
By Robert L. O'Connell
Hardcover, 336 pages
Random House
List price: $27.00

Polybius of Megalopolis peered down from a pass high in the Italian Alps and caught sight of the rich green Lombard plain far below. It was exactly the same inviting panorama Hannibal had shown his half-starved, half-frozen, thoroughly discouraged army seventy-three years before, exhorting them to stay the course on what would prove to be an amazing path of conquest. Quite probably enough bits and pieces of that weary host remained visible for Polybius to be sure he was in the right spot; a certitude denied future chroniclers, and giving rise to one of ancient history's most enduring and futile controversies: Where exactly did Hannibal cross the Alps? Polybius, for his part, was free to concentrate on questions he found more important. It was his aim -- an endeavor that would eventually fill forty books -- to explain to his fellow Greeks how a hitherto obscure city-state on the Italian peninsula had come to dominate, virtually in the course of a lifetime, the entire Mediterranean world. But if Rome stood at center stage in Polybius's inquiry, Hannibal and Carthage were his foils. Each in their own way had nearly put an end to Rome's ambitions. Both by this time were dead, obliterated by Rome, but it was the challenges they had posed and the disasters they had inflicted that Polybius found most compelling. For no matter how bad things had gotten, Rome had always responded, had picked itself up out of the dustbin of history and soldiered on. And it was in defeat more than victory that Polybius saw the essence of Rome's greatness.

It never got worse than Cannae. On August 2, 216 b.c., a terrible apocalyptic day in southern Italy, 120,000 men engaged in what amounted to a mass knife fight. At the end of the fight, at least forty-eight thousand Romans lay dead or dying, lying in pools of their own blood and vomit and feces, killed in the most intimate and terrible ways, their limbs hacked off, their faces and thoraxes and abdomens punctured and mangled. This was Cannae, an event celebrated and studied as Hannibal's paragon by future practitioners of the military arts, the apotheosis of the decisive victory. Rome, on the other hand, lost -- suffering on that one day more battle deaths than the United States during the entire course of the war in Vietnam, suffering more dead soldiers than any other army on any single day of combat in the entire course of Western military history. Worse yet, Cannae came at the end of a string of savage defeats engineered by the same Hannibal, Rome's nemesis destined to prey on Italy for another thirteen years and defeat army after army and kill general after general. Yet none of this would plumb the depths reached on that awful afternoon in August.

It has been argued that Polybius, aware of Cannae's enormous symbolic import, deliberately structured his history so as to make the battle appear as the absolute low point in Rome's fortunes, thereby exaggerating its significance. Yet, not only do sheer numbers argue the contrary, but also Rome on this day lost a significant portion of its leadership class, between a quarter and a third of the senate, the members of which had been anxious to be present at what had been assumed would be a great victory. Instead it was a debacle by any measure, so much so that a case can be made that Cannae was even more critical than Polybius believed, in retrospect a true pivot point in Roman history. Arguably the events of this August day either initiated or accelerated trends destined to push Rome from municipality to empire, from republican oligarchy to autocracy, from militia to professional army, from a realm of freeholders to a dominion of slaves and estates. And the talisman of all of this change was one lucky survivor, a young military tribune named Publius Cornelius Scipio,* known to history as Africanus. For at the end of many more years of fighting, Rome still would need a general and an army good enough to defeat Hannibal, and Scipio Africanus, with the help of what remained of the battlefield's disgraced refugees, would answer the call and in the process set all else in motion.

* Typical Roman names of the late republican period had three elements: a praenomen, or given name (in this case Publius), chosen from a limited list and having no family connotation; a nomen, referring to the gens or clan name (Cornelii); and, finally, the cognomen, or family within the clan (Scipio). 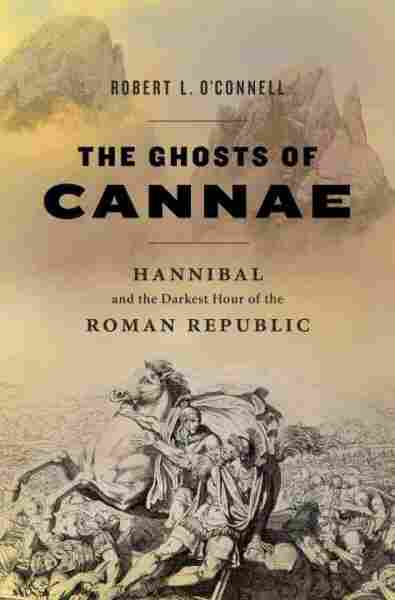 The Ghosts of Cannae

Hannibal and the Darkest Hour of the Roman Republic

Title
The Ghosts of Cannae
Subtitle
Hannibal and the Darkest Hour of the Roman Republic
Author
Robert L. O'Connell