Accessibility links
Fans Unfazed By New Armstrong Doping Allegations In interviews with federal investigators, disgraced cyclist Floyd Landis painted a damning picture of doping on the U.S. Postal team and said Lance Armstrong (above, center) was an integral part of it. Despite the allegations, Armstrong's supporters and even some critics credit him with ushering in a new era of pro cycling and bringing glamour to the Tour. 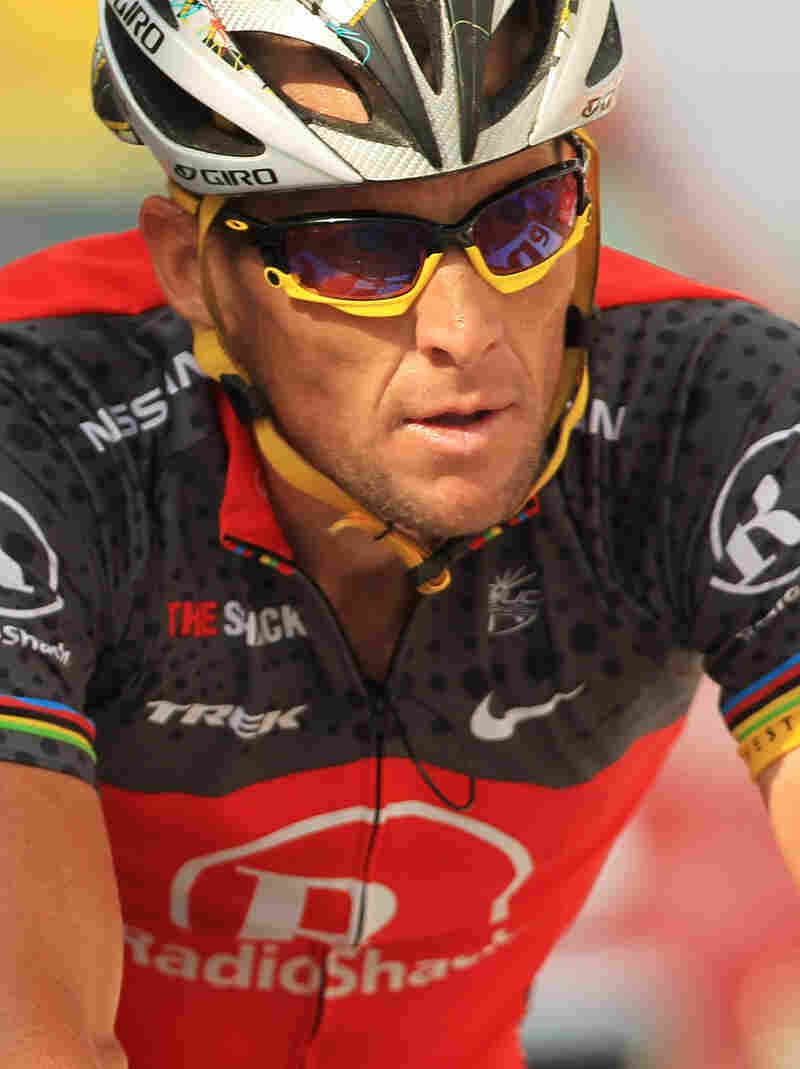 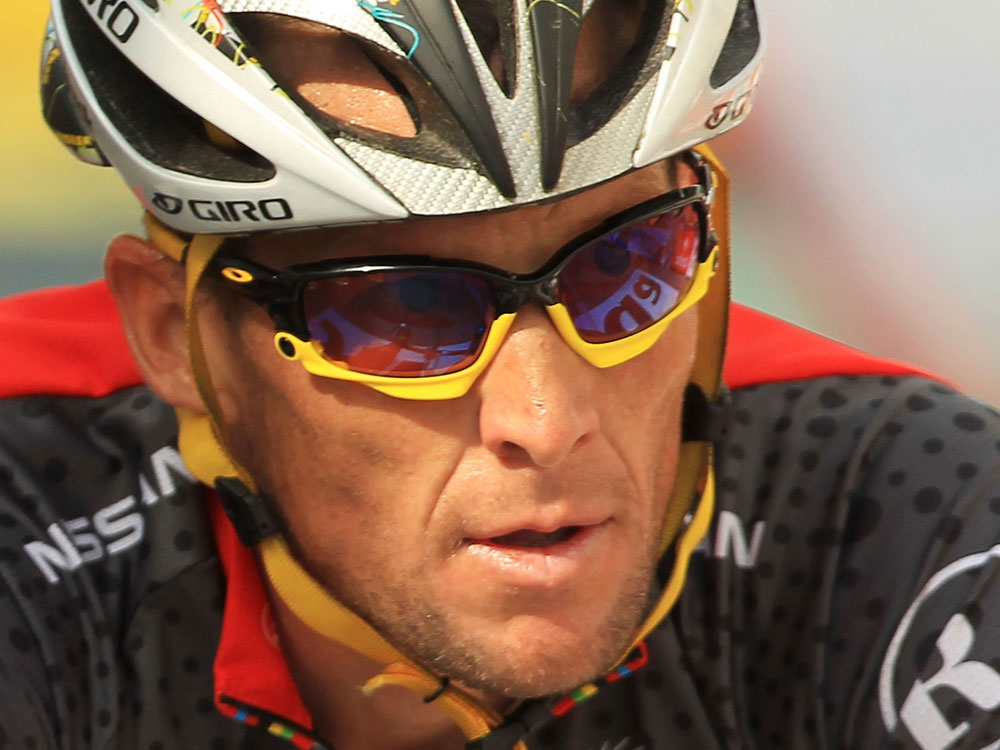 Lance Armstrong of Team RadioShack crosses the finish line Tuesday, at the end of stage nine of the Tour de France.

As the Tour de France continues to roll through the lovely French countryside, some ugly allegations are under investigation across the Atlantic.

In interviews with federal investigators and The Wall Street Journal, American Floyd Landis, who was stripped of his 2006 Tour victory for using testosterone, painted a damning and detailed picture of systemic doping on the U.S. Postal team. Landis said seven-time champion Lance Armstrong was an integral part of it.

Armstrong has dismissed Landis' charges, saying nothing the disgraced cyclist says can be believed.

"If I were Armstrong, I'd be worried because it's no longer sports authorities looking into this," says Damien Ressiot, who writes about drug use in sports for the French newspaper L'Equipe. "These are federal agents doing the investigation. And there seems to be a real will in the U.S. to crack doping cases these days."

Landis alleges that bicycles and equipment from the U.S. Postal team were sold to pay for the team's doping program. He says that during the 2004 Tour, he saw Armstrong and other riders get blood transfusions while they were lying on the floor of a team bus parked on a lonely Alpine road.

The federal criminal investigation is being led by Jeff Novitzky, who made his name busting sprinter Marion Jones and several Major League Baseball players for using performance-enhancing drugs.

Armstrong has always denied using drugs and has never tested positive in an official blood test.

But that doesn't mean anything, Ressiot says.

"Marion Jones was tested 160 times and came up negative every time. And as it turns out, she doped her entire career," he says. "You can dope and never be caught. You just have to have the right products, money and be very careful."

A New Era In Cycling

Armstrong finished 18th in Tuesday's mountainous ninth stage, but he still languishes in 31st place overall. He lost any chance of winning when he fell three times during an Alpine stage over the weekend.

In a message to fans, he admitted he could no longer win the Tour, but said he would ride to the finish line to support his team. He plans to finally retire from cycling when the Tour finishes at the end of July.

The cloud of allegations hanging over Armstrong seems to have little effect on his popularity with fans.

Armstrong's supporters and even some of his critics credit him with ushering in a new era of professional cycling and bringing glamour to the Tour. Armstrong's star cache is worth $20 million a year, and his sponsors have been happy to stick with him.

Pierre Callewart, a cycling correspondent with L'Equipe, says that in his 13 appearances, Armstrong has changed the Tour de France.

"When he started to study the road and preview the stages 10 or 12 years ago, no one was doing that, and now everyone is doing it," he says. "They like his way of riding, his way of preparing, his work ethics."

Armstrong's days of dominating the Tour de France are over, but he's clearly left his mark on the race. His legacy as an international athlete, however, will depend on the results of the current federal investigation.