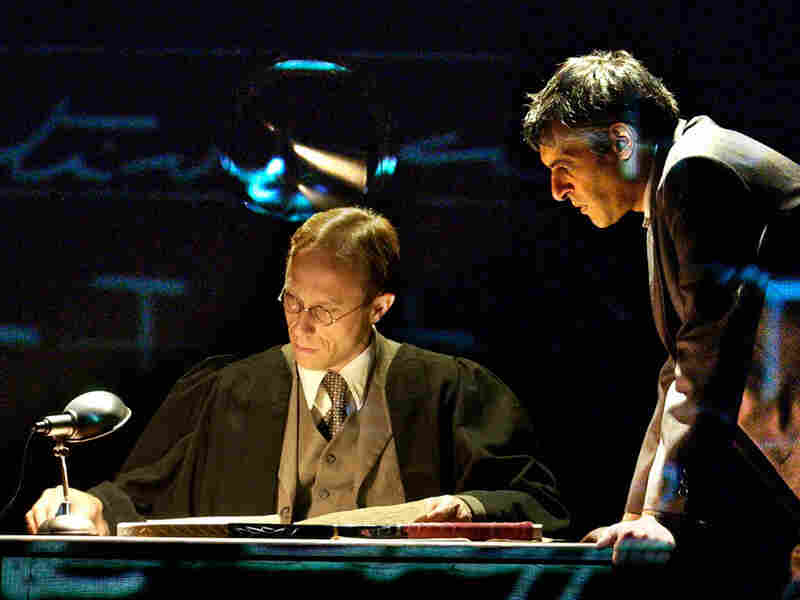 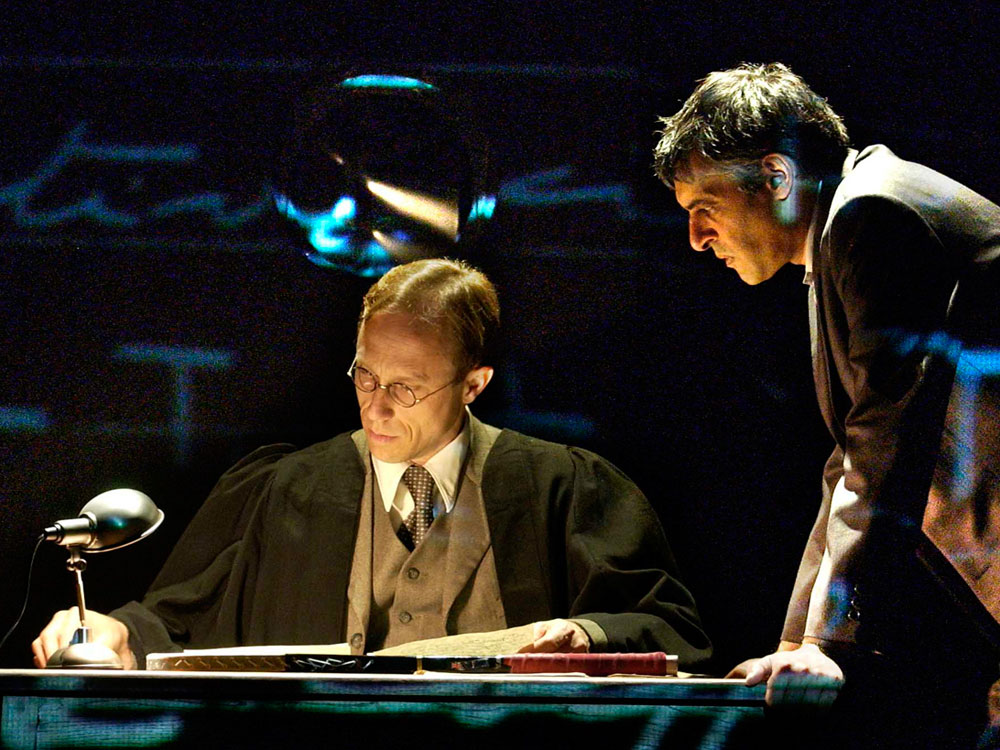 A Disappearing Number, the Olivier Award-winning play by Simon McBurney and London's Theatre Complicite, does in fact tackle these issues, and in a uniquely theatrical way.

But then, McBurney likes to confront difficult subjects in his theater work. Like a lot of people, he's scared by mathematics -- which is why, he says, "I wanted to create a show in which mathematics was absolutely at the center of it."

It took a while, though. He got the idea for A Disappearing Number more than a decade ago, when a friend handed him A Mathematician's Apology, a book by the long-dead Cambridge professor G.H. Hardy. His friend said the book fascinated him because of how Hardy told the reader that mathematical imagination and mathematical creativity are the same as any other artistic endeavor.

Simon McBurney elaborates on the work and inspiration behind A Disappearing Number:

"I was, at once, hooked," McBurney says.

Ruth: But as G.H. Hardy said, "a mathematician, like a painter or a poet, is a maker of patterns. And just as in poetry and painting, the mathematician's patterns must be beautiful. Beauty is the first test," he said. "There is no permanent place in the world for ugly mathematics."

In A Disappearing Number, McBurney weaves together several plot strands to illuminate the beauty and the patterns -- the mystery -- of mathematics. He looks at the true story of a young genius named Srinivasa Ramanujan, who left his village in India to work with Hardy in Cambridge during World War I. Ramanujan came up with formulas that are now the basis of string theory -- ideas physicists use to help explain the connection between the biggest and smallest elements of the universe.

McBurney intercuts that story with a contemporary one, about a math professor named Ruth and her husband, Al, an Indian-born but thoroughly American futures trader.

"What I wanted to try and make present on the stage was a kind of emotional charge [that] comes directly through the work and through the numbers," McBurney says, "just as it comes through the relationship and the human warmth between these people."

In one scene, Ruth tries to explain a particularly knotty concept to Al, who is busy and frustrated. She asks him to imagine two lines stretching away forever, always getting closer but never touching -- though theoretically, she says, "those two lines do actually meet ... in infinity. The impossible is possible." 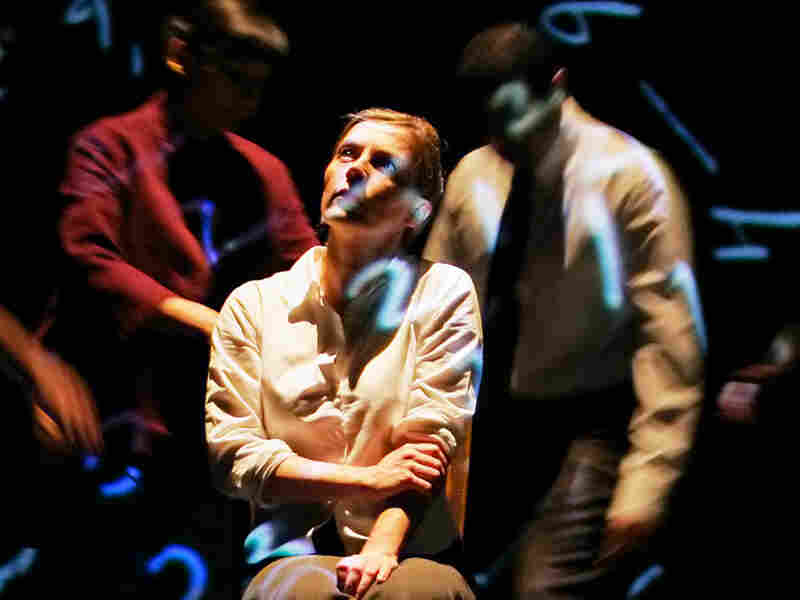 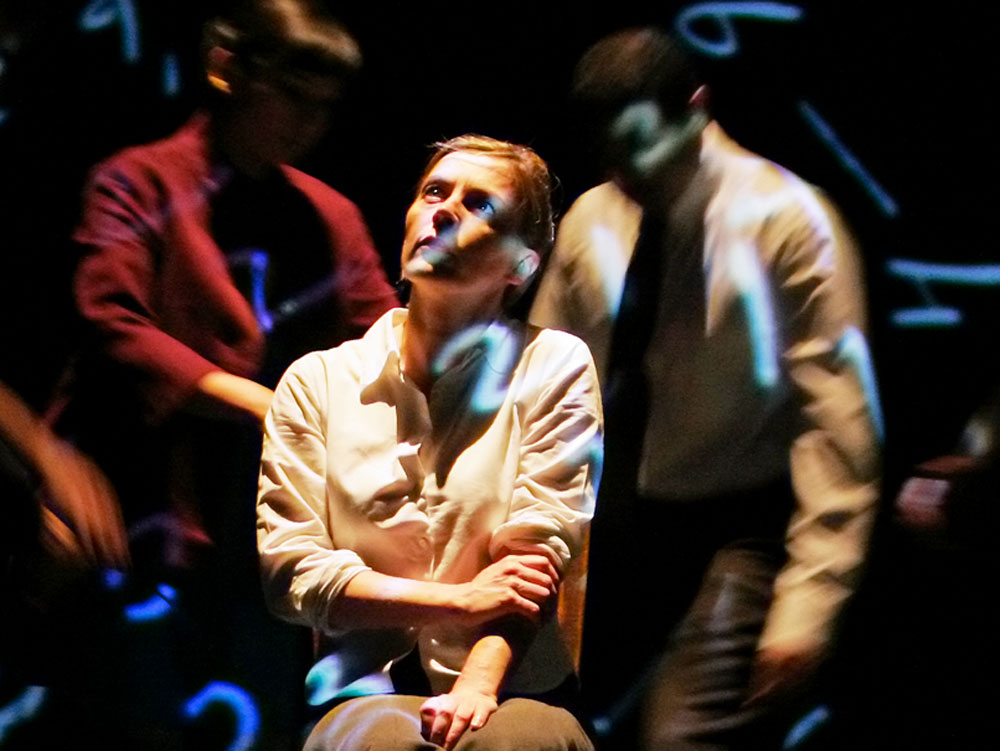 Saskia Reeves portrays Ruth in A Disappearing Number, which will run for five days during the three-week Lincoln Center Festival.

"And if you can see the beauty in the idea of two lines never, never, never meeting," McBurney says -- "in other words, [in the idea of] there never being an end to something -- if you can hold that thought in suspension, then somewhere, I think you touch on the beauty of the fabric of the nature of our lives."

The storytelling fabric couldn't be much more complex. McBurney links Ramanujan's feeling of being a stranger in a strange land to Indians currently working in call centers or as domestics in the U.K. And he sets it all in a multimedia environment, where the actors, a live percussionist and a pair of dancers are enveloped in almost continuous video and audio tracks.

Redden says McBurney has a knack for sparking the ideas of infinity and string theory to life.

"What he does -- and he does this remarkably theatrically -- is he weaves all the stories together," Redden says. "So you realize how close we are to each other, and somehow [he] makes that a very moving and kind of visceral epiphany."

A high-definition video version of A Disappearing Number screens in select movie theaters starting in October as part of the National Theatre's NT Live series.