Accessibility links
Another Century, Another Space 'Invasion' The Body Snatchers remake, starring Nicole Kidman and Daniel Craig, proves the pulp classic is still startlingly in tune with the U.S. zeitgeist.

Listen
Another Century, Another Space 'Invasion' 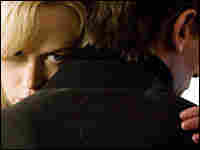 Watch your back: When the body-snatching begins in The Invasion, Nicole Kidman and Daniel Craig get caught up in the paranoia. Peter Sorel/Warner Bros. hide caption

Watch your back: When the body-snatching begins in The Invasion, Nicole Kidman and Daniel Craig get caught up in the paranoia. 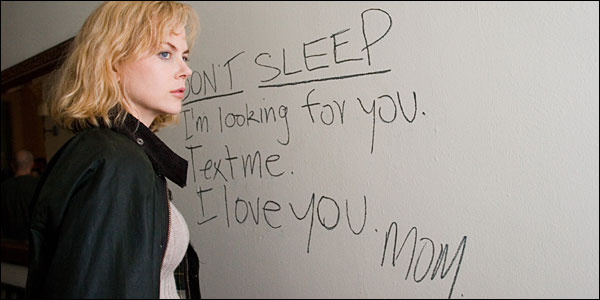 Psycho, no? Kidman's nervous shrink fears a change is gonna come if she doesn't stay awake.

Back in 1956, The Invasion of the Body Snatchers was a B movie about zombies. Today a remake, The Invasion, stars Oscar winner Nicole Kidman, alongside Daniel Craig, the most recent James Bond. The good news is that the power of the original story remains undiminished more than half a century after its creation.

The core of the tale remains as it was conceived by science-fiction writer Jack Finney. Mysterious entities from outer space — pods in the original, spores in the current version — attempt to take over the world by creating zombie-like replicas of everybody and his brother. Gradually, a few folks catch on and attempt to save the beleaguered human race.

Invasion has been brought up to the minute, with characters who text-message each other and references to Iraq, Darfur and Venezuela's Hugo Chavez. More to the point, it remains fascinating how effortlessly the story dovetails with whatever is troubling in the zeitgeist, which today includes worries about global pandemics and the excessive powers of governments gone wild.

Given that almost anyone who goes to see The Invasion will know its storyline, the film makes the shrewd choice of starting with a flash-forward to the pulse-pounding middle of the film. Our heroine, played by Kidman, is ransacking a wrecked pharmacy for pills to keep her awake; it's while you sleep that the transformation from human to alien takes place, you see, so sleep is something very much to be avoided.

While parts of the film suffer from unoriginality or implausibility, Invasion does very well in conveying the bump-in-the-dark terror of having armies of implacable zombies tracking you down like Sherlock Holmes on the trail of an enormous hound.

And Kidman and Craig use their considerable talents to bring credibility to a pulp premise. It's kept people up at night for more than 50 years and promises to do so for some time into the future.