Accessibility links
Movie Review - 'Inception' - What Dreams May Come (And Go Again) Imagine a world in which thieves can extract secrets from your mind -- or even insert ideas into your head as you sleep. That's the notion behind Inception, a knockout new movie from the writer-director behind The Dark Knight and Memento. (Recommended) 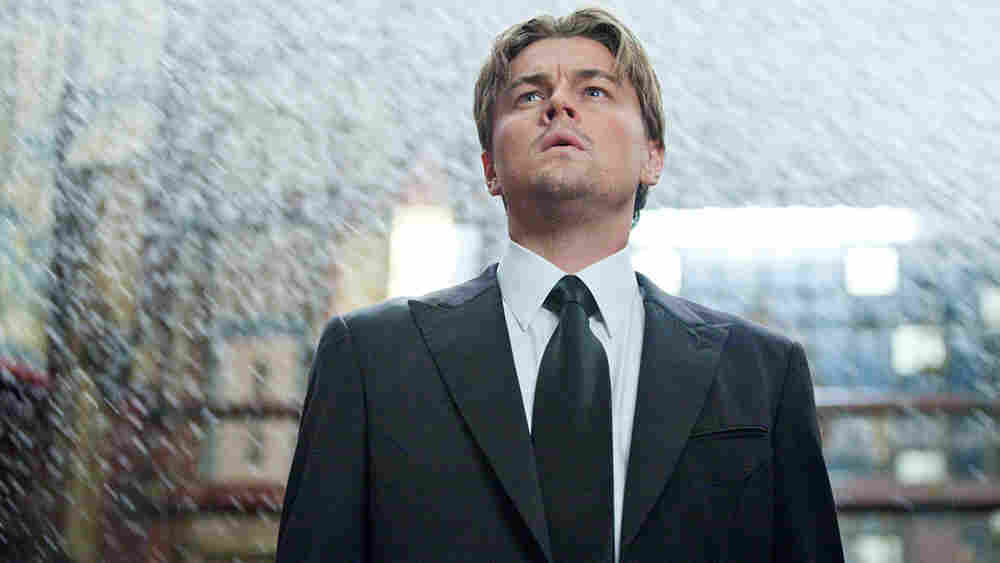 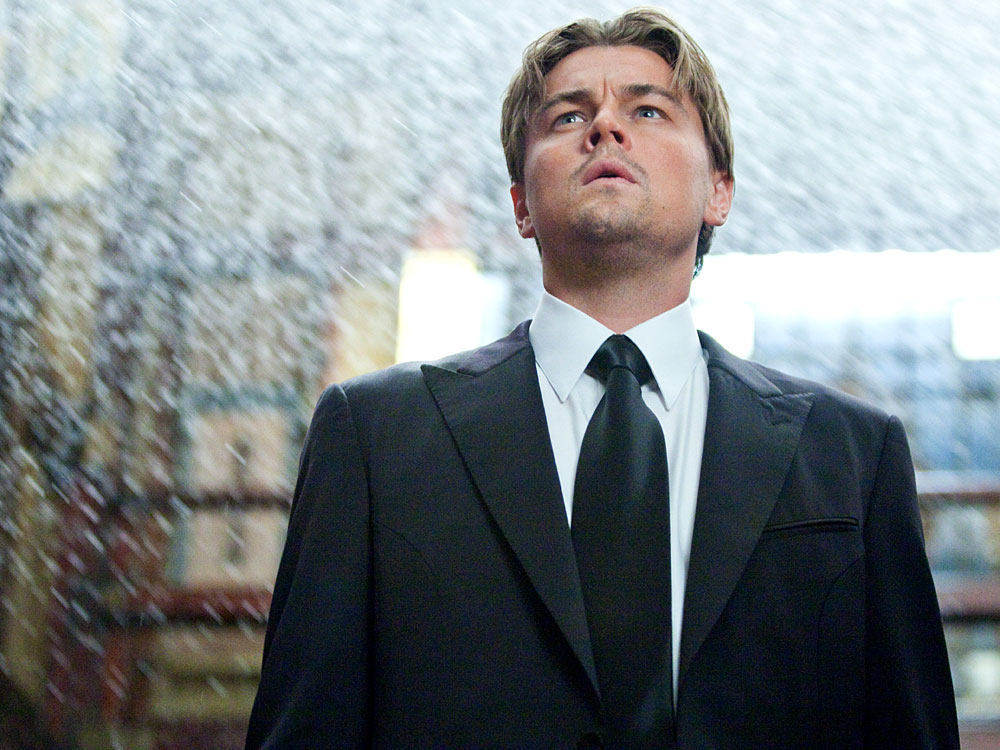 Dream Weaver: Leonardo DiCaprio stars in Inception as Cobb, a thief who specializes in extracting secrets from others' minds.

Rated PG-13 for sequences of violence and action throughout.

Dreaming is life's great solitary adventure. We experience its pleasures and terrors alone.

But what if other people could literally invade our dreams?

Welcome to the world of Inception; it's as disturbing as it sounds. Leonardo DiCaprio stars as a thief who specializes in what's called extraction, in taking secrets from the subconscious. He's hired to perform the even riskier task of inception -- to put ideas in the head of one of the world's richest men. For this he has to employ Ariadne, a young architect played by Ellen Page.

Inception's plot is easier to follow than to explain, and it's not always possible to know which world the characters are in from one moment to the next. But even if specifics can be tantalizingly out of reach, you always intuitively understand what's going on and why.

Besides its science fiction theme, Inception's roots are in old-fashioned genre entertainment. The picture has strong film noir aspects, and everyone will recognize tropes like the glamorous femme fatale and the always-fateful decision to take on "one last job."

These elements come together because writer-director Christopher Nolan, who did the last two Batman films, is a master at creating what he calls a "tumbling forward" quality, keeping his cameras in motion so audiences are pulled along into the action.

And you will be. Inception is a popular-entertainment knockout punch so potent it'll have you worrying if it's safe to close your eyes at night. (Recommended)

'Inception,' Art, Edelstein, And The Impossibility Of Accounting For Taste July 15, 2010