Accessibility links
A 'Ghost' Story Woven With Teen Love And Tragedy Medicine woman Ignacia Vigil Romero may be dead, but she's still got a lot to say. She narrates The Ghost of Milagro Creek, which follows Ignacia's grandson Mister and his friend Tomas — two best friends who find themselves in love with the same girl.

A 'Ghost' Story Woven With Teen Love And Tragedy

A 'Ghost' Story Woven With Teen Love And Tragedy 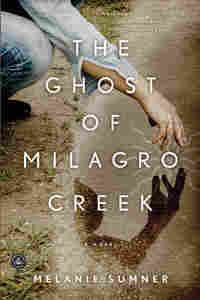 Melanie Sumner, who was raised in Rome, Ga., has written saucily about her Southern roots (in her first novel, The School of Beauty and Charm) and knowingly about West Africa, where she served in the Peace Corps (in her story collection Polite Society). Her second novel is distinguished by its setting in the historically rich and evocative landscape of Taos, N.M. She draws upon the area's natural beauty, and its Hispanic, Pueblo, Apache and Anglo roots, as the backdrop to an intricately woven tale of a community at risk.

The Ghost of Milagro Creek is the story of a teenage love triangle. Mister Romero and Tomas Mondragon, blood brothers since boyhood, are mesmerized by Raquel "Rocky" O'Brien, a Santa Fe gringa, from the moment she enters their all-male high school classroom in 1995.

The primary narrator, a ghostly presence hovering over the novel, is Mister's abuela, Ignacia Vigil Romero, a curandera (medicine woman) who helped raise both boys in the Taos barrio. Ignacia begins her story as she lies in her casket on the Wednesday before Easter 2001. "Only in Taos, New Mexico ... would you hold a wake for a witch," Ignacia notes wryly. 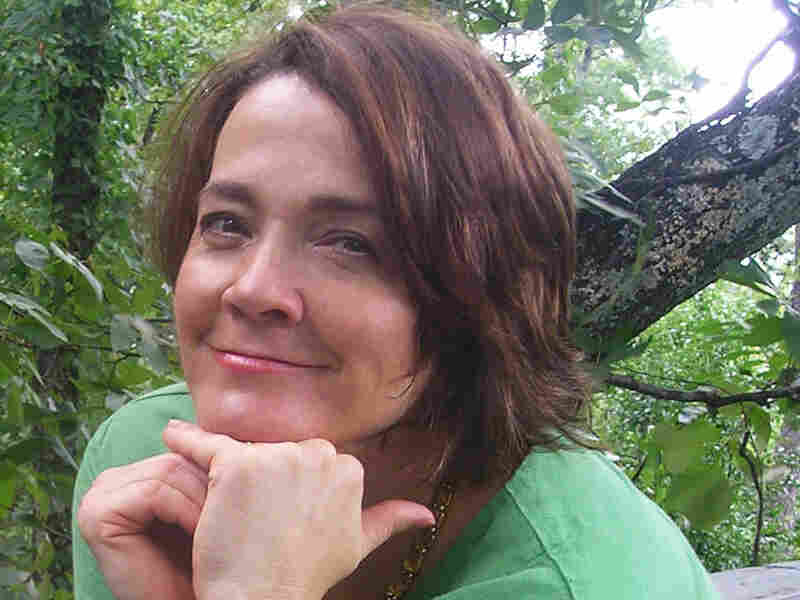 Melanie Sumner's previous books include the novel The School of Beauty and Charm, and Polite Society, a collection of short stories. Shannon Ravenel Books hide caption 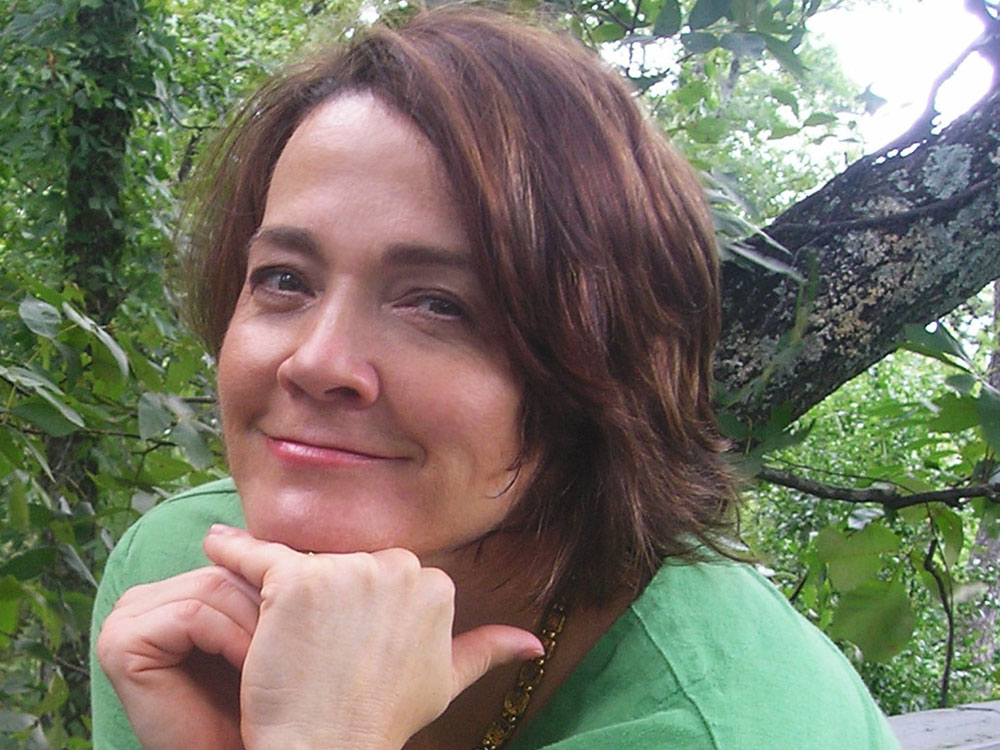 Melanie Sumner's previous books include the novel The School of Beauty and Charm, and Polite Society, a collection of short stories.

Ignacia is trained in the age-old ways. She gathers medicinal herbs, grows her garden, and teaches Mister the life lessons of his Taos ancestors. At 15, Ignacia runs away from the Indian boarding school in Santa Fe and survives a year in the wilderness with her younger brother Ernesto. Years later, she snatches Mister from his mother's abusive boyfriend. She also provides a home for Tomas and his younger sister when their single mother is in jail.

Sumner begins each chapter with a petroglyph, an ancient carving in stone that Ignacia teaches Mister is part of the ancient "book of life." The plot unfolds via police reports, witness transcripts, faxes and other testimonials. This weaving together of the traditional and the contemporary suits Sumner's multigenerational tale. The drama of love turned to violence is almost secondary in this novel. Sumner's most winning creation is Ignacia, the fiercely loving abuela, and the chorus of strong-willed and eccentric Taosenos, a community whose voices are rarely heard in literature.

Excerpt: 'The Ghost Of Milagro Creek'

When I passed away, some people swore that Padre Pettit would refuse me a proper Christian burial. Only in Taos, New Mexico, they said, would you hold a wake for a witch. In the barrio at the edge of town, my neighbors called me Abuela, which means grandmother, but behind my back, their tongues snapped like flags in the wind.

She's not a real curandera, they said. Don't be fooled by her teas and salves. If you want to know how she cures her patients, look up at the sky and watch her fly away on her broom. They said this even after I cured Baby Lucy's colic by holding her upside down under a full moon. When I popped the skin on Jesus's belly three times to move his bowels, he swore I was a saint. Ramona's bunions disappeared after I sat her beside a sink of running water and rubbed a white onion on her foot. These were trifles compared to their real problems, but I was just a country witch. The bruja they needed probably could fly on a broom.

All the same, on that slate-colored Wednesday in April --- Spy Wednesday, the Church calls it --- Our Lady of Guadalupe was packed. In an open casket, with twelve tapers burning at each end, I lay like a doll on puffed satin, with painted lips and rouge on my cheeks. My sister-in-law Zarita had dressed me in my wedding clothes: a turquoise velvet blouse and a long black skirt embroidered with silver flowers. She bought some stockings at Wal-Mart and picked up the patent leather pumps, like new, from Second Chances Thrift Store. I had never looked better.

Padre Pettit draped a rosary over my hands --- the one given to me when I was thirteen by the missionaries at the Indian Boarding School in Santa Fe. There I learned to speak English and pray like a white-eyes. Every night, when my empty belly began to growl, I knelt on the cold floor and asked Jesus and Mary to burn the school to the ground.

My son Teo, the actor from Los Angeles, paid for the service. Teo, or Ted as he called himself, was not a handsome man, but he acted like one. He had the liar's gap between his big white teeth and a head full of hair. His sport coat was made of a fine black cashmere, and it hung just so. "Where is my son?" he asked, caressing the casket with his long fingers. "Why isn't Mister here to say goodbye to his grandmother?" Then, in a voice that carried out to the Plaza, he recited the Requiem Aeternam. People thought he might make it all the way in the Latin, but he got stuck on "perpetual light" and had to finish in English. He ran his hand through his hair, then let his fingers rest briefly on the lapel of his jacket, near his heart.

I wanted to smack him, but my eyes remained shut, and my lips did not move. Not a bead moved on my rosary as I said thirty Hail Mary's and thirty-one Our Father's, one for every year of this life.

During the Glorious Mysteries, Diputado Ernesto staggered forth and dropped a crucifix on my chest. Even a corpse could smell the whiskey on him. My little brother Ernie had never been able to hold his liquor, and when his knuckles brushed against me, I was afraid he would fall right on top of me. He shuddered at the touch of my cold hand.

When I was a girl, I had thin spidery fingers, and sometimes, to scare Ernesto, I pretended to be a tarantula. La arana, I whispered as my fingers crawled along his chest. La arana is crawling! La arana is creeping! Once, he fainted. I didn't know how else to make him mind.

Over the years, my hands grew gnarled. Two springs before I died, when I planted my last garden, my fingers were like old yellow turnips. As I pressed potatoes and carrots into the cool ground, with the March wind blowing dust devils all around me, I had a vision: I died and was born again. In years that seemed like minutes, as my casket crumbled and my hair grew into long weeds, I curled up like a baby in the womb. With my long fingernails and toenails, I clawed and scraped through the bottom of my grave, going down, down, down. Sometimes I moved as slowly as a root, but I dug all the way into the belly of the earth where I was formed so long ago in the hands of Black Hacct'cin.

"Mi Dios...mi Dios," Ernesto prayed, lurching over my casket. With his pocketknife, he sawed off the tip of the braid that hung over my shoulder - a thick, gray rope that grew shorter during the service as people snipped off pieces to put on their altars at home. Whatever I was: Spanish or Indian, nurse or nutcase, dead or alive --- I would be remembered.

How they talked about me! In voices that rumbled under Padre Pettit's booming prayers, the mourners reminded each other of the mysterious disappearance of chickens and the way dogs and goats had wandered into my yard --- as if they had been called. When I was alive, the women in my barrio did not insult me for fear that their hair would fall out. Storekeepers counted back my change twice since cheaters were known to lose their erections. I've swept every house in the barrio with a Snakeweed Broom, but the evil spirits always return, and you have to blame somebody.

What bad thing can you say about a dead old woman? It's true that I got naked with a crazy old man, more than once, and with pleasure. If borrowing your little brother's car can be called stealing a law enforcement vehicle, I'm guilty. As for the chickens and the rabbits, they came to me. My neighbors can say whatever they want about me; I like a good story, but I have no mercy for the fool who darkens the name of Mister Romero, my only grandson. 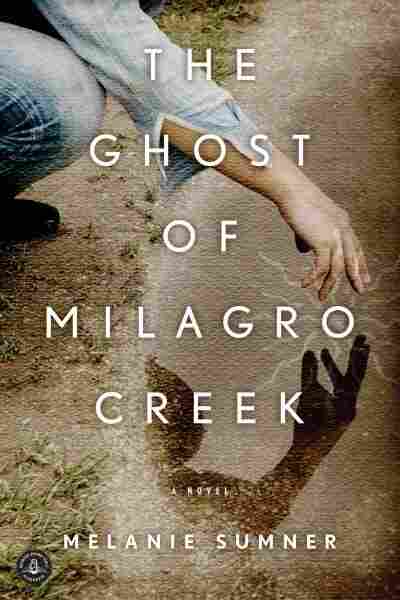 The Ghost of Milagro Creek