Accessibility links
Massey Miners: Disabling Methane Monitors Was Common NPR News has learned that a February incident in which a mining machine's methane detector was deliberately disabled was not an isolated incident at the Upper Big Branch coal mine in West Virginia. Miners who worked in the mine say the practice was relatively common and was justified with false descriptions of mining regulations. A methane explosion in April killed 29 workers.

Miners who've worked in Massey Energy's Upper Big Branch coal mine in West Virginia say disabling methane monitors was relatively common and was justified by mine managers with false descriptions of mining regulations. 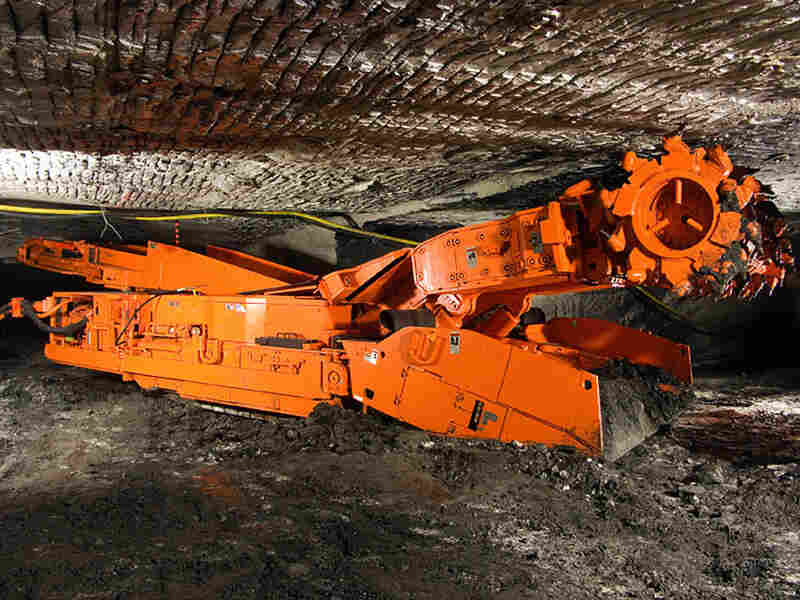 Methane monitors are mounted on 30-foot-long continuous miners like this one, and other mining machines, to warn coal miners about dangerous levels of explosive methane gas. File photo hide caption 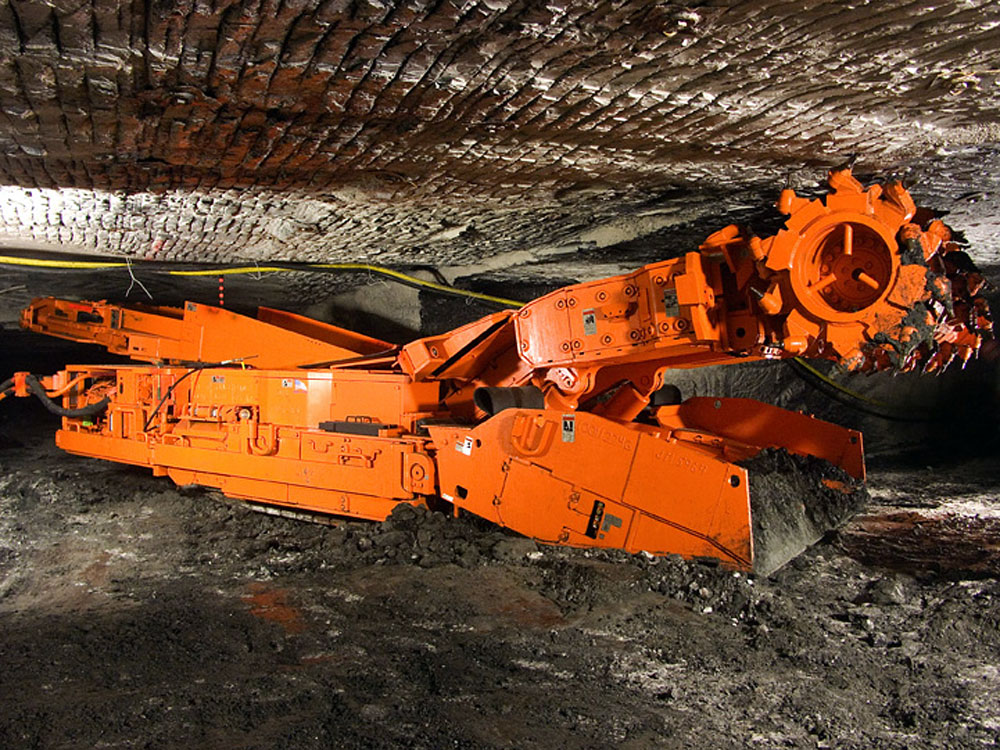 Methane monitors are mounted on 30-foot-long continuous miners like this one, and other mining machines, to warn coal miners about dangerous levels of explosive methane gas.

An NPR News investigation has documented an incident in February 2010 in which an Upper Big Branch electrician was ordered to circumvent the automatic shutoff mechanism on a methane detector installed on a continuous mining machine. The machine then continued to cut rock without a working methane monitor, a dangerous and possibly illegal act.

Four former Upper Big Branch miners indicate that the February incident was not isolated. And they describe a Massey Energy practice that characterized mining coal without working monitors as accepted and even legal.

Clay Mullins was a maintenance foreman at Upper Big Branch for eight years and left four years ago. He describes a widespread belief about mining machines that are left inoperable by malfunctioning methane monitors.

"It does say in the law that if you get a methane monitor malfunction, you can bridge it out and you can run the machine for 24 hours," Mullins explains. "But the operator has to carry a [hand-held] methane detector and he has to take checks."

That's what Mullins was thinking about when he told NPR last month that he'd never seen a mining machine operating at Upper Big Branch with a methane monitor deliberately disabled.

Mullins discounted the incidents involving what he believed to be "legal" bridging of monitors. That amounts to a dozen or more incidents over his eight years at the mine.

Mullins believed miners could run mining machines temporarily with disabled monitors because that's what the mine's foreman and superintendent told him.

"I just followed what they said," he recalls. "They said that [federal] inspectors would let them run [mining machines] for 24 hours if they had the parts ordered and they weren't available to them right away."

That is clearly not legal, and it's downright dangerous, says Edward Clair, who was solicitor of the Mine Safety and Health Administration for 22 years.

"Given the context of a gassy mine or any mine that liberates a significant amount of methane, this is inconceivable that it would be permitted either by MSHA or by responsible mine management," Clair says. "The risks are simply too great."

Another miner, who spent 13 years at Upper Big Branch, told NPR he'd seen monitors disabled in this same way and with the same explanation 50 to 60 times.

And two other miners who worked at the mine until the April explosion that killed 29 workers described similar disabled monitor incidents in confidential interviews that are part of a lawsuit against directors and officers of Massey Energy. Badge Humphries represents the shareholder groups that filed the suit and summarized the interviews in court documents in the case.

"Based on our understanding," Humphries says, "this information, which appears to be misinformation, this policy … was promulgated by the management of Upper Big Branch. Where it came from above that remains to be seen."

In all of these incidents, the mining machines continued to cut coal after the methane detectors were bridged.

Mullins lost his brother Rex in the Upper Big Branch disaster and now bristles at the risk he now understands the practice presented underground.

"If these monitors were faulty and did not work, it's no different than me taking a gun and playing Russian roulette and playing the odds," Mullins adds.

In a statement to NPR, Massey Energy says it has interviewed hundreds of employees without discovering such incidents.

Massey spokesman Jeff Gillenwater says "there is no company policy or practice to operate mining machines and cut coal without working methane monitors while parts are obtained or repaired."

A federal grand jury has begun issuing subpoenas to miners who say they witnessed tampering with methane monitors. It may take that testimony under oath to determine the extent of the dangerous practice.