Accessibility links
'Bliss, Remembered': Despite War, They Dove Into Love Sportswriter Frank Deford's historical novel, Bliss Remembered, tells the story of a young American swimmer at the 1936 Olympics in Berlin. Deford explains why he was drawn to this particular historical setting — and what it's like to write a novel from the perspective of a woman. 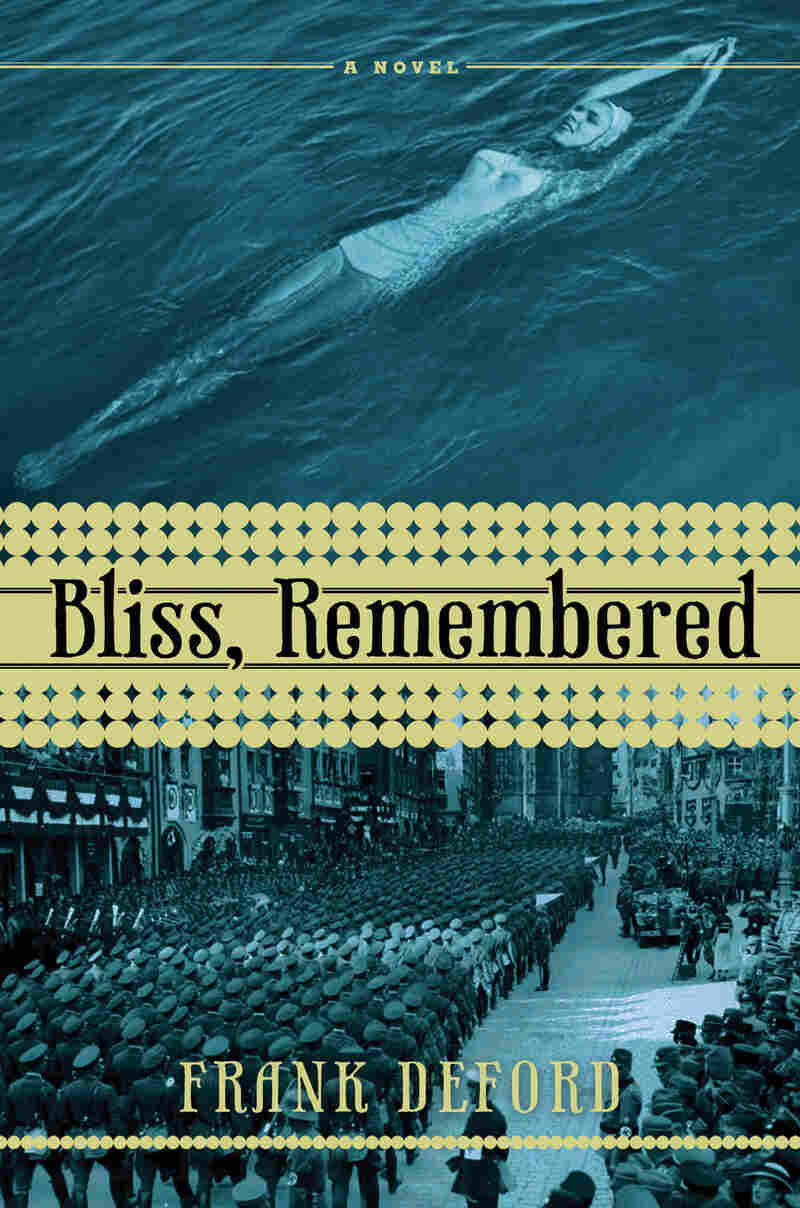 It's 1936 and the U.S. Olympic team is sailing off to the games in Berlin when its top young female swimmer -- the glamorous and high-spirited Eleanor Holm -- is tossed off the team for drinking a bit too much champagne. That's where Bliss, Remembered, a new historical novel by sportswriter Frank Deford, picks up. The Olympic team sends for a replacement: an 18-year-old champion backstroker from Maryland's Eastern Shore named Sydney Stringfellow.

While in Berlin, Sydney doesn't do much swimming, but she does fall in love with a dashing blond German boy named Horst. The story is mostly fictional, but, as Deford tells NPR's Scott Simon, it is grounded in historical fact.

"I wanted to write a love story," Deford explains. "And I wanted to put it in [the 1936] Olympics, because they're the most notorious Olympics. If you've heard nothing about the Olympics you've heard about Hitler and Jesse Owens."

Hitler inherited the 1936 Olympics and didn't see much value in them -- until Nazi propaganda minister Josef Goebbels convinced him that the games could be used for maximum publicity advantage, cleaning up Berlin and putting "kind of a fresh window onto the Nazi regime," Deford says. It's a publicity tradition that has echoes in the present-day games. "The Olympics are today what they are because the Germans figured it out in 1936," Deford says.

The year 1936 was also a historical "tipping point," Deford explains -- a time when international observers weren't fully aware of Hitler's intentions. "They had a pretty good idea he was a bad guy, but nobody had [any idea of] the horrors that he had in mind, or that he was going to try to take over the world," Deford says.

Set aside its momentous historical context, and Bliss, Remembered is, at its heart, simply a love story. Deford says 1936 Berlin was simply "a fascinating time for a young girl to meet a young boy in a spectacular setting." 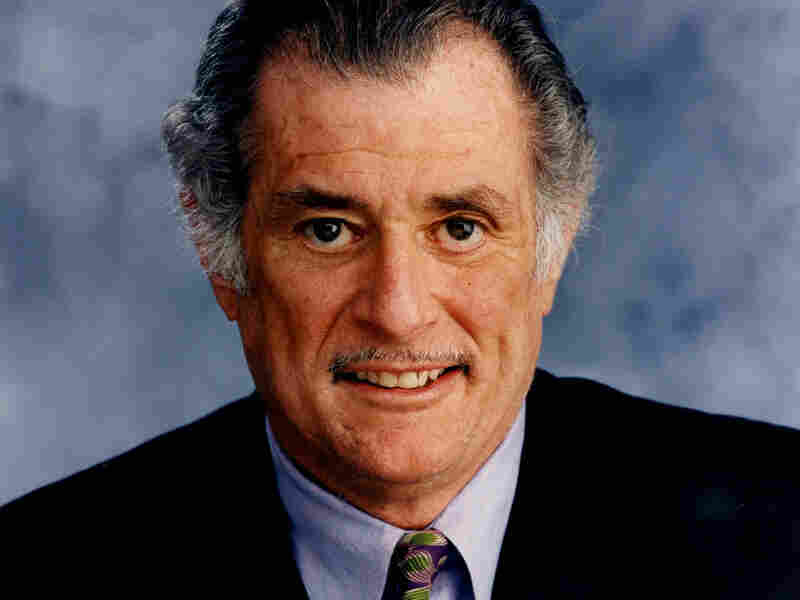 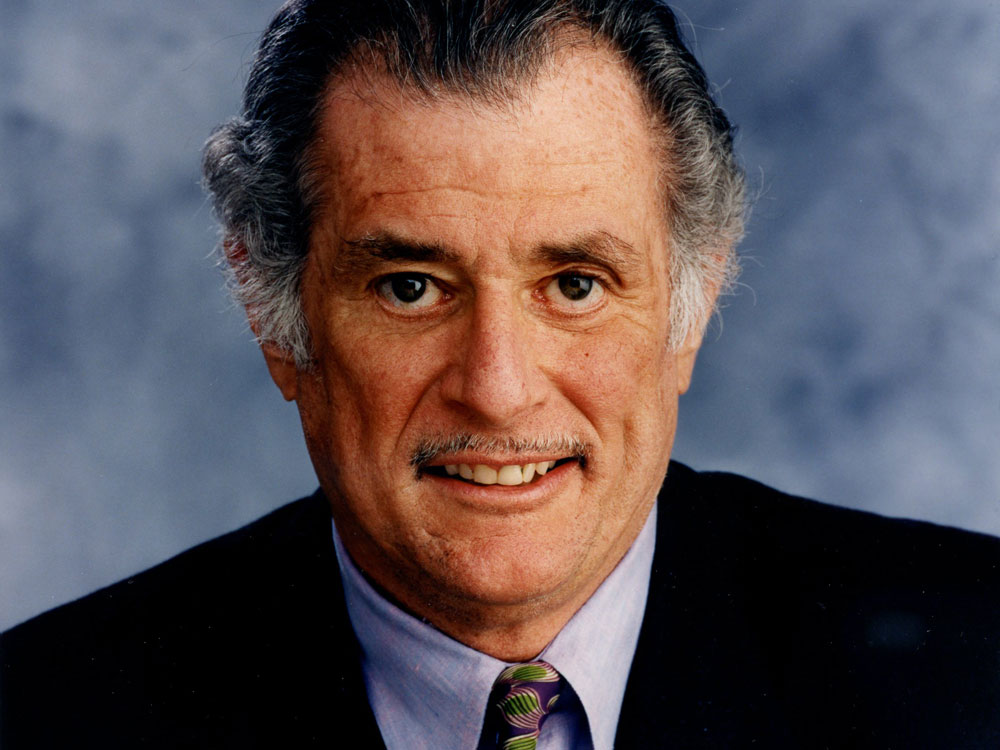 Frank Deford is a senior contributing writer for Sports Illustrated and an NPR commentator. Bliss, Remembered is his 16th book.

But the best romances have impediments, Deford says: "[Sydney] is a little small-town girl from America and [Horst] is this German sophisticate ... but that's what makes the good love story: the hurdle."

The novel is written from Sydney's perspective -- as an elderly woman recounting the story to her son, Teddy. It was a gender-swapping narrative strategy that Deford says was not part of the original plan, but ended up making the most sense. "I didn't intend to write the book as a woman," he says. "I just sort of drifted into it, and all of a sudden I'm Sydney, instead of being Sam or Harry."

Deford insists that writing from a woman's viewpoint wasn't as difficult as you might expect. "I don't think it's that hard," he says. "I've known women all my life. ... My mother was a woman and she was born about the same time as Sydney. ... It's a lot easier writing, for me, about an American woman, than it was writing abut a German boy in the 1930s -- that was a much harder task."

And at the end of the day, Deford says, "I'm writing about a woman in love -- and I think we all love the same."

The summer after my mother found out that she was dying of cancer, she asked me to come visit and watch the Olympic swimming on television with her. It was 2004, when the Games were in Athens. Mom had been on the United States swimming team in the Berlin Olympics in 1936, when she was eighteen. While she never talked about that experience -- she was, in fact, mysteriously silent on the subject -- she would say, "That's the only thing of any real consequence I ever did in my life." That wasn't true, but it was very much like her to speak so modestly. To put this in perspective: my mother was one of these people who gave much unto the world, brightened the lives of those around her and left us all better for her having been here among us.

You can be sure I understand if you think I am prejudiced, and I am, but nonetheless, that all happens to be the God's truth.

Of course, she also could be herself, which was a handful.

She was an awful lot of fun; she had a way about her. Unlike most old people who seem to withdraw unto themselves, she became more expressive and confident of herself (and her opinions) as she grew older. She had developed an uncommon facility about the past, wherein she discussed herself back then with a certain out­of­body quality, as if that girl was someone else altogether. And while she certainly maintained the courtesy and graciousness that had always marked her, she felt less compunction to suffer fools. In particular: woe to the poor person who called her a "senior." Mom, I think you could say, went out -- well, if not with a bang, then certainly with a lot of sizzle.

I was, then, not altogether taken aback when, after I told her that I'd be delighted to come see her, she said, "I'll have something in the nature of a surprise for you, Teddy." But, although I pressed her in a good-natured way, she wouldn't tell me what it was, and I had all but forgotten about it until I arrived, a few weeks later, at her garden apartment in Eugene, Oregon. After Daddy died and she sold the house in Montana, she came to Eugene because she had heard it was a nice place to live, and it was a college town, and while she wanted a more benign climate, she didn't want to go to the Sun Belt and "play bridge with a bunch of old hags like myself."

She made a lot of good friends in Eugene and enjoyed her years there, stirring the pot. She told me she was accepting of death, although her one wish was that she would not die while George W. Bush was the president of her country. Unfortunately, much to her chagrin, she would be denied that hope.

Mom, whose name was Sydney Stringfellow Branch, threw off her mortal coil, going on eighty­seven, on January 11, 2005. "Well," she said, a few days before the end, when the die was cast, "at least I won't have to be around for that damn fool's second inauguration." And she added: "You know, Teddy, I've always wondered what comes next, but at least I can die positively knowing that as long as Bush is president here, I'm guaranteed to be going to a better place."

Anyway, it was the previous August when I visited her. I came by myself, for although Mom adored Jeanne, my wife, I could tell that she wanted to see me alone. So I'd left home, left behind Jeanne, left our empty nest (well, save for our dog, Elsinore), and come to Eugene at the time when the Olympic swimming started. Mom and I would watch it every night. She adored Michael Phelps, all the more so that he came from Baltimore, because she had grown up nearby, across Chesapeake Bay, on the Eastern Shore of Maryland. "I wish he'd swim in the backstroke," she said. That had been her specialty.

"You can't swim everything Mother."

"I never asked you: why did you swim backstroke?"

"Because when you're on your back you don't have your face stuck in the water. You can see the sky. I liked that."

"Who woulda thunk it?" I said.

"Now, it's not so good when you're in a race in an outdoor pool, because if the sun's out, it's in your eyes, but me just swimming the backstroke in the river, why, if the sun got in my eyes, I just turned over for awhile.

You've got to remember, in the beginning, I just swam for the hell of it because the river was out our backyard. I imagine if I'd lived in Nepal, I'd've climbed mountains and been a Sherpa."

"Aren't the Sherpas all men?"

Mom made certain to find out when the women's hundred­meter backstroke would be shown. That had been her event when she'd made the U.S. team. "I want to tell you all about that," she told me. 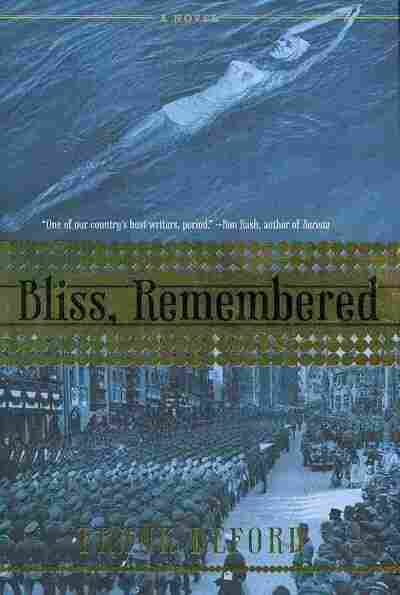