Accessibility links
First Listen: Menomena, 'Mines' Menomena's songs are performed, torn apart and rebuilt until they become something the whole band can be proud of -- one good reason it takes three and half years between Menomena records. Mines will stream here in its entirety until its release on July 27. 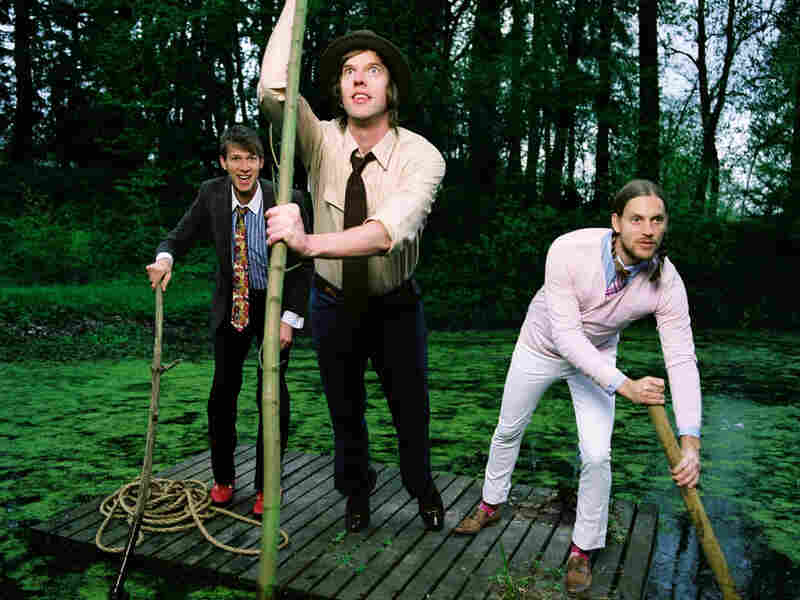 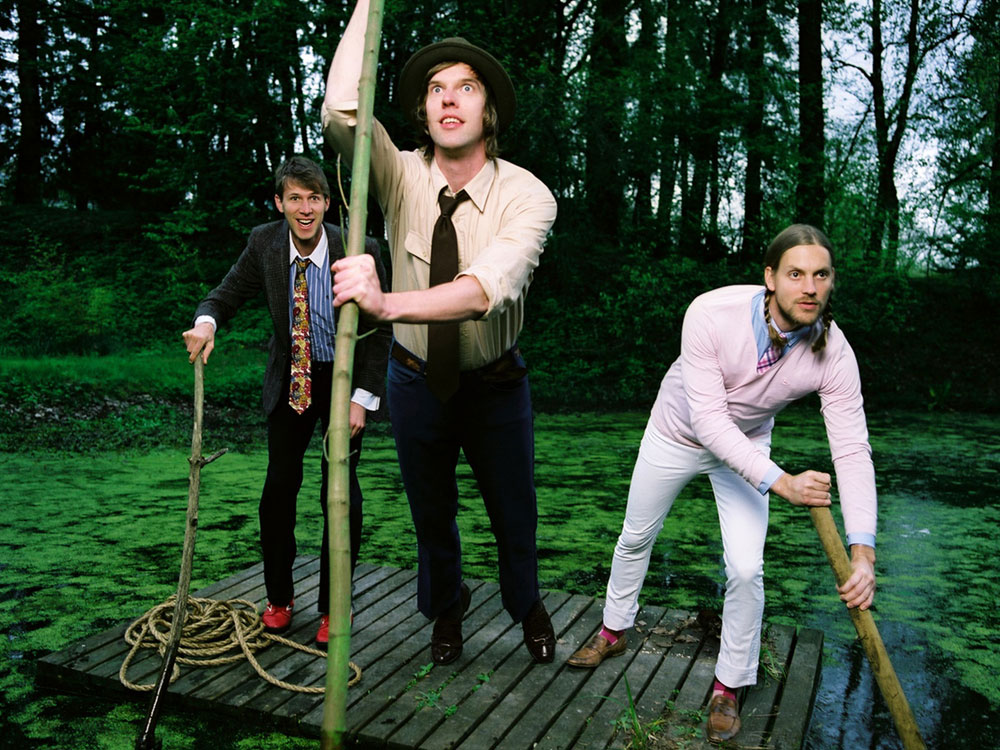 Menomena is an inventive Portland, Ore., trio with a solid 10-year history and now four full-length albums. The new one, Mines, has been a long time in the making. When you're in a band with three perfectionists, that's likely to happen, but Menomena's process also makes for a record full of sonic treats.

The band makes its music with a looping software program, created by guitarist and keyboardist Brent Knopf while in college, called Deeler, short for Digital Loop Recorder. Menomena sets a tempo in Deeler and then someone records a track, at which point that recording is passed to the next player, who lays down another track, and so on.

Menomena recorded hundreds of these loops to create the songs on Mines, assembling the loops like puzzle pieces to form the structure for a given song. All of this is just the beginning of the songwriting process for Menomena: The songs are performed, torn apart and rebuilt until they become something the whole band can be proud of -- probably another reason it takes three and half years between Menomena records.

Incidentally, the cover to Mines is a stereogram, so if you hold the cardboard cover art so you can see both the back and front at the same time, the statue on the front and back cover will appear to be 3D. Yet another fun treat from a band that won't settle for anything average.

Mines will stream here in its entirety until its release on July 27. Please leave your thoughts on the album in the comments section below.