Accessibility links
Michigan Town's Engine Shows It Could. Can It Again? In Holland, Mich., where President Obama visited the site of a new electric car battery plant, an antique Allis-Chalmers steam engine is displayed as a symbol of the city's industrial heritage. Now Holland is shaking off its rust and trying to build a future in what Michigan's governor calls the "Green Belt."

President Obama traveled to Holland, Mich., last week to celebrate the groundbreaking of a new electric car battery plant. While the president talked about economic engines of the future, NPR's Scott Horsley spent some time thinking about the power of the past. 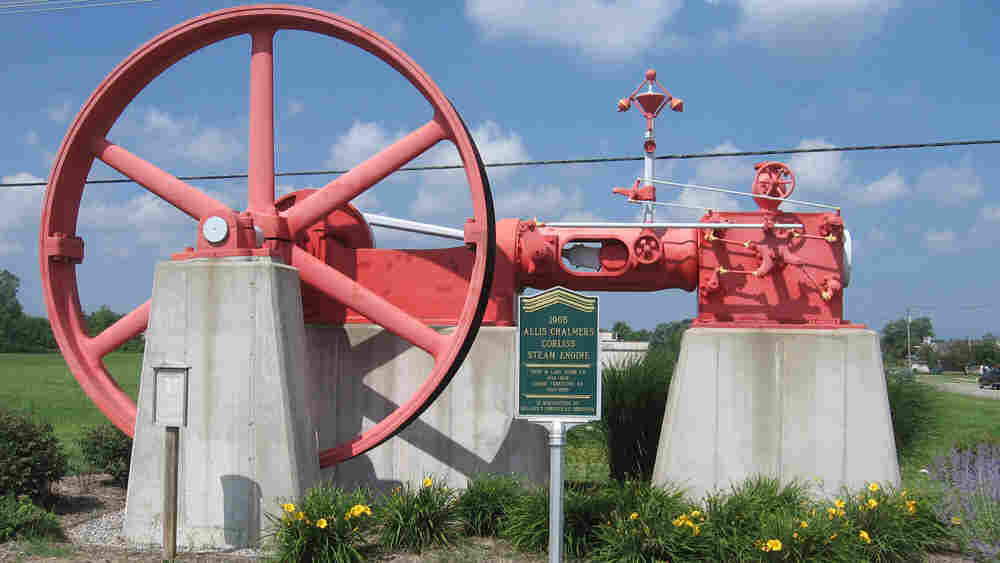 This 1905 steam engine powered factories in Holland, Mich., for more than half a century (with a four-year break during the Great Depression). It now sits as a monument to the city's industrial heritage. Scott Horsley/NPR hide caption

President Obama says it's more than just a factory that's taking shape in Holland. It's a down payment on a whole new industry.

"These have been a tough few years," the president said. "But we have been through tough times before. And at our best, we have risen to the challenges we face by tapping the drive and the talent and the ingenuity that has always been at the heart of America's success."

Evidence of Michigan's ability to weather tough times is on display just a mile down the road from the battery plant. Parked in the middle of a well-tended flower bed sits an antique Allis-Chalmers steam engine -- just like the one that was showcased at the 1904 World's Fair in St. Louis.

That's where some Holland businessmen saw it and bought one for their city's Bush & Lane piano factory.

"Way back when, after horses and everything, steam engines drove all of these plants," says Dick Darby of the Holland Historical Trust. 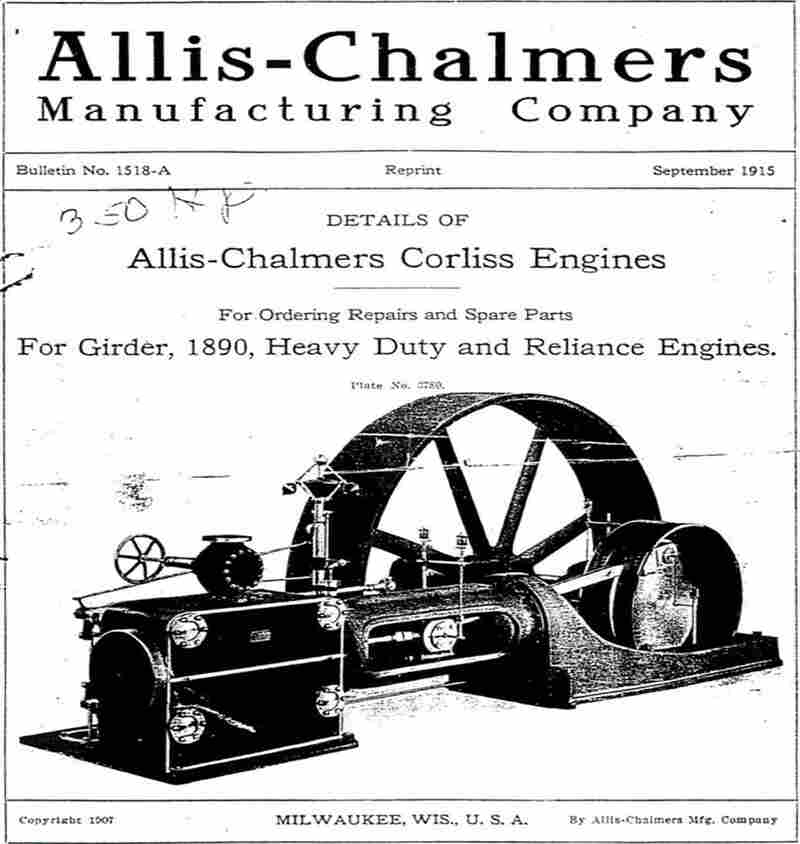 Holland businessmen saw the Allis-Chalmers steam engine at the 1904 World's Fair in St. Louis and bought one for the Bush & Lane piano factory. Courtesy City of Holland, Mich. hide caption 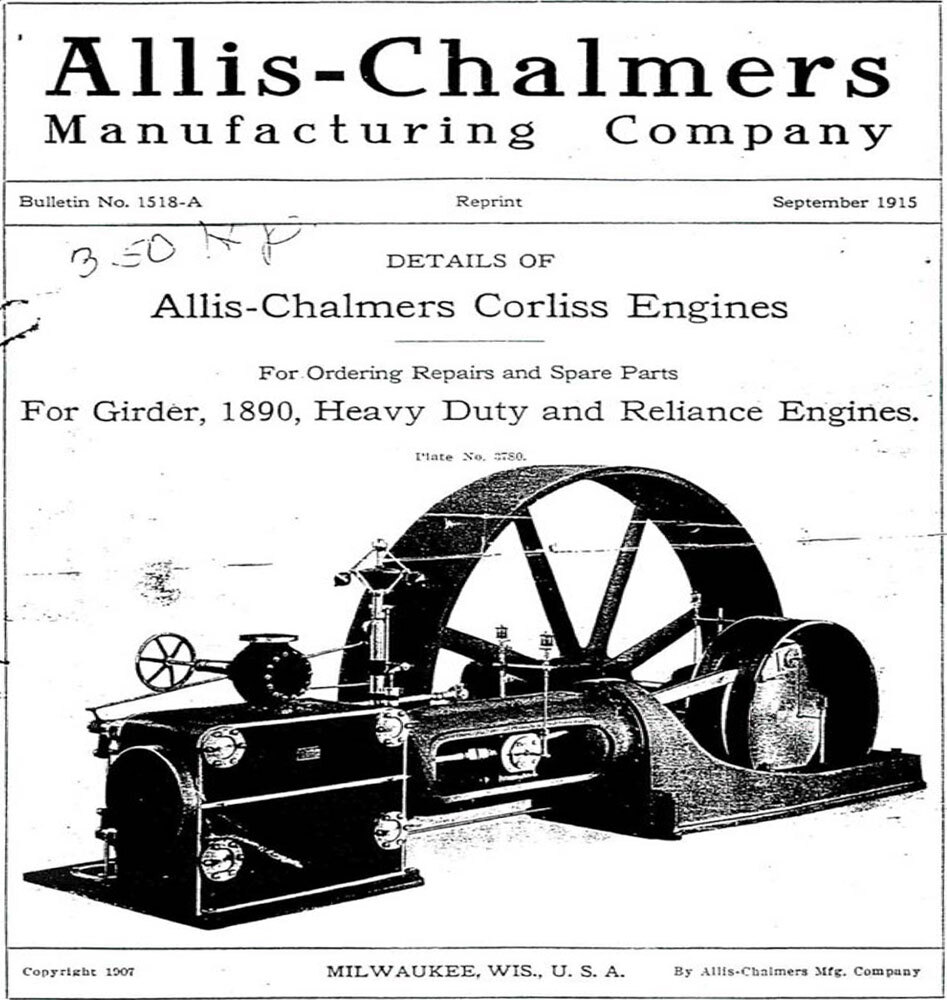 Holland businessmen saw the Allis-Chalmers steam engine at the 1904 World's Fair in St. Louis and bought one for the Bush & Lane piano factory.

Steam power drove the piano plant for almost a quarter century, until the music stopped abruptly in 1929.

"People are trying to figure out how to buy groceries and not pianos when the stock market crashed," Darby says. "I'm sure that had something to do with it."

The steam engine sat idle until 1933. Then, the New Deal put Americans, and the old Allis-Chalmers, back to work. This time, the 350-horsepower steamer was harnessed to the belts and pulleys of the Baker Furniture Co. It ran two shifts a day for an additional 26 years, before it was finally retired in 1959.

Coal trains still rumble through Holland, connecting the city's past to its future. Michigan Gov. Jennifer Granholm says this area that once turned lumber into furniture is now turning in a new direction.

"Our goal is to transform Michigan from the Rust Belt to the Green Belt," she says.

A few years ago, some civic volunteers cleaned the rust off that old Allis-Chalmers engine, gave it a fresh coat of paint and propped it by the side of the road, as a symbol of their city's industrial heritage.

Workers will pass by it on their way to the new battery plant. And they'll know that once they get up a good head of steam, the people of Holland still have the power to make things.