Accessibility links
Aged 9,000 Years, Ancient Beer Finally Hits Stores Dogfish Head brewery is known for making exotic beer with ingredients like crystallized ginger or water from Antarctica, so it might not sound surprising that one of its recent creations is a brew flavored simply by grapes and flowers. But it's not the recipe that makes this beer so special; it's where that recipe was found.

Dogfish Head brewery is known for making exotic beer with ingredients like crystallized ginger or water from Antarctica, so it might not sound surprising that one of its recent creations is a brew flavored simply by grapes and flowers. It's not the recipe that makes this beer so special; it's where that recipe was found: a Neolithic burial site in China.

Chateau Jiahu is a time capsule from 7,000 B.C., but to hear Dogfish Head owner Sam Calagione talk about what beer was actually like back then, it's not the kind of thing that makes you say "Hey, pass me another ice-cold ancient ale!"

"Probably, all beer thousands of years ago -- to our modern palates -- would have tasted spoiled," Calagione says. "In fact, in a lot of hieroglyphics, people are shown drinking beer using straws because they were trying to avoid the chunks of solids and wild yeast."

So how do you go from "chunks of wild yeast" to a beer that you can get at your local store? You don't start with a brewery. You start with Dr. Patrick McGovern. 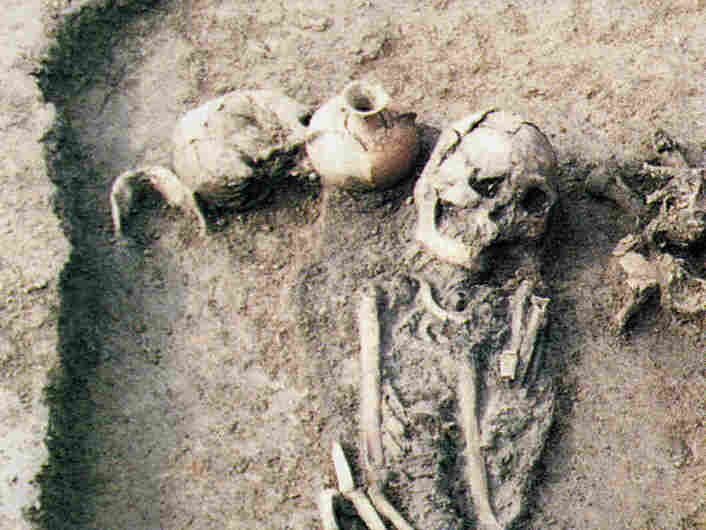 The ancient recipe for Chateau Jiahu was decoded from molecular data found in pots from a Neolithic burial site in the Henan province of northern China. Courtesy Patrick McGovern hide caption 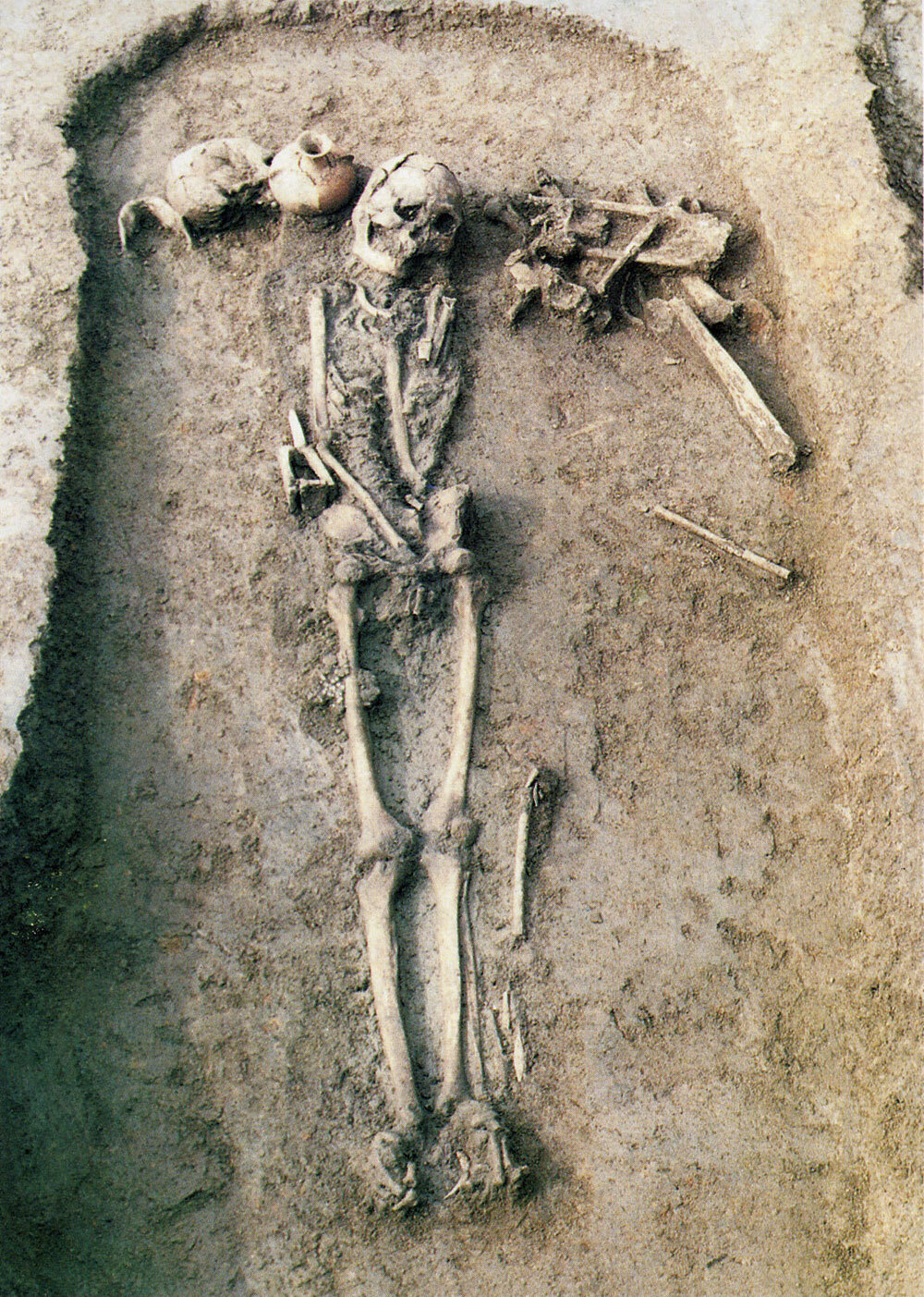 The ancient recipe for Chateau Jiahu was decoded from molecular data found in pots from a Neolithic burial site in the Henan province of northern China.

Scraping The Bottom Of The Beer Barrel

McGovern is a biomolecular archaeologist at the University of Pennsylvania Museum of Archaeology and Anthropology. He studies fermented beverages -- otherwise known as booze -- by analyzing the ancient pots that once held them.

"We use techniques like infrared spectrometry, gas chromatography and so forth," he explains. McGovern helps Dogfish Head revive long-dead brews by figuring out what used to be inside the ancient pottery he comes across.

About 10 years ago, he set out to find some of this primordial crockery on a trip to China. In one town, he found pottery from an early Neolithic burial site. The pieces were about 9,000 years old -- as were the skeletons they were found with.

The Neolithic period, which began about 12,000 years ago, is thought to be about the time when humans started settling down, raising crops -- and apparently getting a little tipsy. McGovern suspects that once humans stayed put, it didn't take them long to discover the fermentation process that led to the world's first alcohol.

The molecular evidence told McGovern the vessels from China once contained an alcoholic beverage made of rice, grapes, hawthorn berries and honey.

"What we found is something that was turning up all over the world from these early periods," he says. "We don't have just a wine or a beer or a mead, but we have like a combination of all three."

That's where Dogfish Head comes in. The Delaware-based brewery owns a tiny but respected sliver of the U.S. beer market, which Calagione says it earned by being a risk-taker. Dogfish and McGovern have produced other ancient beverages, including their Midas Touch brew, teased from pottery found in King Midas' 2,700-year-old tomb.

But, like Calagione says, Jiahu is different. It's "the oldest-known fermented recipe in the history of mankind."

This year, Dogfish Head will brew about 3,000 cases of Jiahu -- a small batch by commercial brewing standards. At $13 for a wine-size bottle, Jiahu is about six times the cost of Budweiser. Luckily, Calagione says, his sales of Jiahu and other specialty brews have actually increased during the recession.

"What we do see in this economy is that people probably can't afford a new SUV or a new vacation home, but they can surely afford to trade up to a world class beer," he says.

And while Jiahu may not be cheap, it's a lot easier to get than a plane ticket to Neolithic China.