Accessibility links
With Sales Lagging, Lilith Fair Faces Question Of Relevance Lilith Fair was one of the most successful touring festivals of the 1990s. Founded by singer-songwriter Sarah McLachlan and friends, it featured a lineup of female solo artists and women-led bands. The festival is back this summer after a 10-year hiatus, but slow ticket sales raise questions about whether a women's music festival is necessary in 2010. 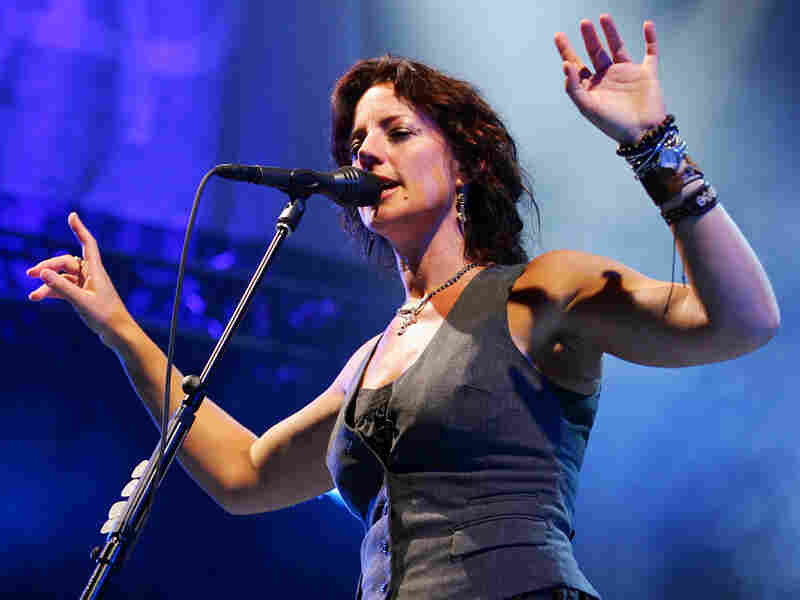 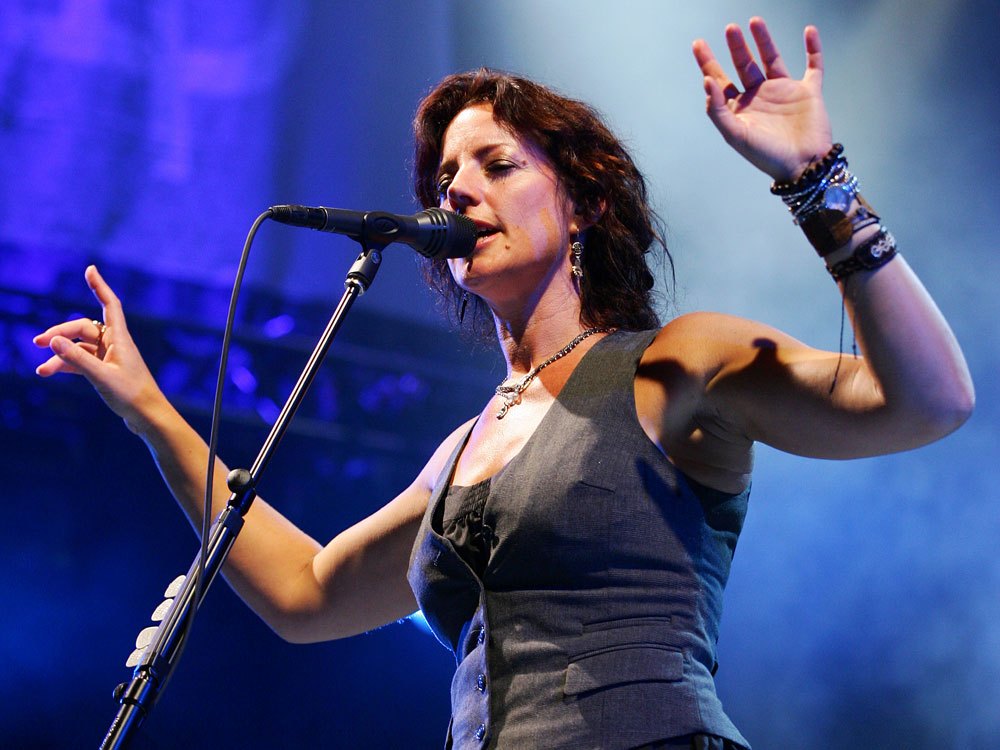 Lilith Fair was one of the most successful touring festivals of the 1990s. Founded by singer-songwriter Sarah McLachlan and friends, it featured a lineup of female solo artists and bands led by women. The festival is back this summer after a 10-year hiatus, but slow ticket sales are compelling many to ask whether a women's music festival is necessary in 2010.

Of 36 Lilith Fair tour dates, 13 have already been canceled, and the festival has been on the receiving end of relentless criticism from both music blogs and the mainstream press. McLachlan says she's tired of the attacks.

"Unfortunately, most of the media seems to just glom onto anything negative. And that's all they want to talk about," she says. "They go searching for it, and we make such a concerted effort every day."

McLachlan and Terry McBride, CEO of her record label and management company Nettwerk, say they're looking at things more optimistically.

"Lilith is not about ticket sales," McLachlan says. "It's about the experience of Lilith -- about artists getting together to make this world a better place."

From The Fringes To The Mainstream

McLachlan says that for her, Lilith Fair is about community. For the one and a half million mostly female fans who attended the original, the festival offered a radically different musical experience from what was available at the time. It helped open up the field for female performers and raised $10 million for charity. A decade later, the current clamor threatens to drown out serious discussions about Lilith's woman-centered vision and its relevance for women in music today.

"We are in a different time now," says Ann Powers, chief pop music critic for the Los Angeles Times. "On the one hand, there are many, many more visible women at the top of the mainstream pop scene. On the other hand, I think it's arguable that there's less consciousness."

According to Billboard magazine, nine of the Top 20 music stars in the last decade have been women. But back in the '90s, feminist consciousness looked a little different; for example, there was the underground feminist punk movement called "riot grrrl." Today, alt-rock, neo-soul, hip-hop and country are far more open to women. According to Powers, women are making the most progress in the safest genres.

Setback Or Progress? Ann Powers On The New Lilith Fair

"One thing that we've learned since the '90s, or I hope that we've learned, is that empowerment -- to use a loaded term -- happens in lots of different ways," Powers says. "And we can always question what this version of empowerment means, but I think it's really good to expand your idea of what that can be."

Clarkson, along with superstars Rihanna and Norah Jones, were originally scheduled for this year's Lilith but are now off the tour because of the cancellations. Ke$ha, Corinne Bailey Rae and Martina McBride are among acts still on the bill, but its mainstream leanings -- far different from its indie-minded precursors -- may have backfired with Lilith's community of fans.

"You can second-guess yourself on any number of things," McLachlan says. "We had really strong, diverse lineups last time, and people had more money to spend."

As mixed as the lineups are in terms of genre, some say that Lilith has always been skewed to more conventional notions of femininity.

If you've ever been to a Kelly Clarkson concert... that is the most feminist thing going right now in pop music.

Tamar-Kali, an Afro-punk and hardcore singer, songwriter and guitarist, is part of a scene not encompassed by Lilith's version of diversity. She says a woman will always be accepted as a pop princess and less easily as something else.

"It's important to see more players," Tamar-Kali says. "And we need to see women in more genres -- not necessarily on the fringes, but on the outer edges of the spectrum, like hard rock."

Tamar-Kali says the attacks on Lilith share something with a hostility toward women's issues in general.

"Misogyny is definitely raising its ugly head, as is racism," she says. "It's an interesting time. You said Rihanna was one of the artists. This man almost killed her."

In February 2009, Rihanna was beaten by pop star and then-boyfriend Chris Brown during an argument. Brown was sentenced to five years' probation for felony assault.

"Whether or not he's sorry," Tamar-Kali says, "I don't know him. I'm not interested in having that conversation. But I do know that a community really missed an opportunity to really deal with misogyny head on. We keep squandering opportunities to grow and to evolve as a society."

This time around, McLachlan says that even though inequality persists between men and women in North America, Lilith Fair is a want rather than a need.

"That's one of my greatest passions: women and children," McLachlan says. "Anybody who doesn't have their own voice, or doesn't know how to reach out and have their own voice and help themselves in a bad situation. And, yes, there's a lot of horrible things going on all over the world, but as individuals, I think we all have to focus on our own gifts and our own values and bring those forth to the world the best we can."

As it's always done, Lilith Fair will contribute a dollar of each ticket sold -- whether it's a $10 lawn seat or a $700 VIP package -- to local women's charities in each city along the tour.

Do We Need Lilith Fair in 2010? by Carrie Brownstein