Accessibility links
NPR's Scott Simon Remembers Daniel Schorr No other journalist in memory saw as much history as Daniel Schorr. He was born the year before the Russian Revolution and lived to see the digital revolution. He was there before the Berlin Wall went up and there a generation later when it came down. He was born before people had radio in their homes but pioneered the use of radio, television, satellites and then the Web to report the news. 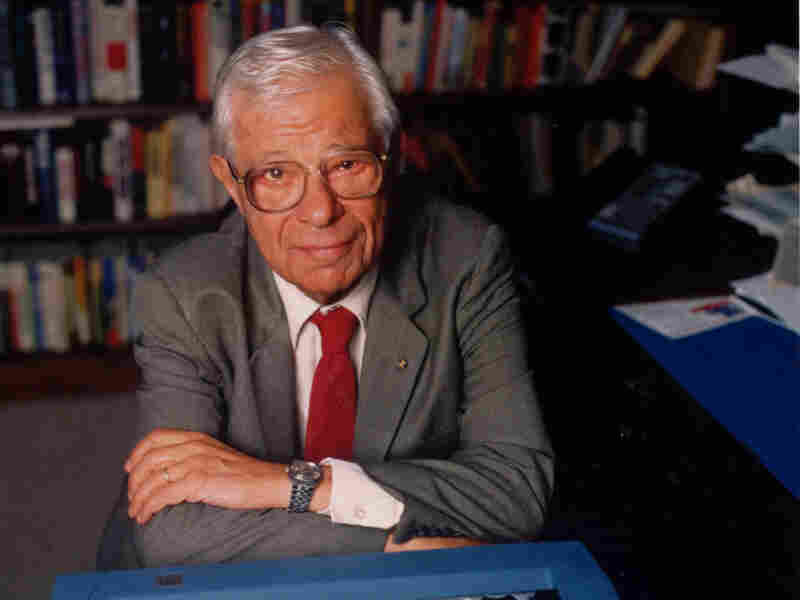 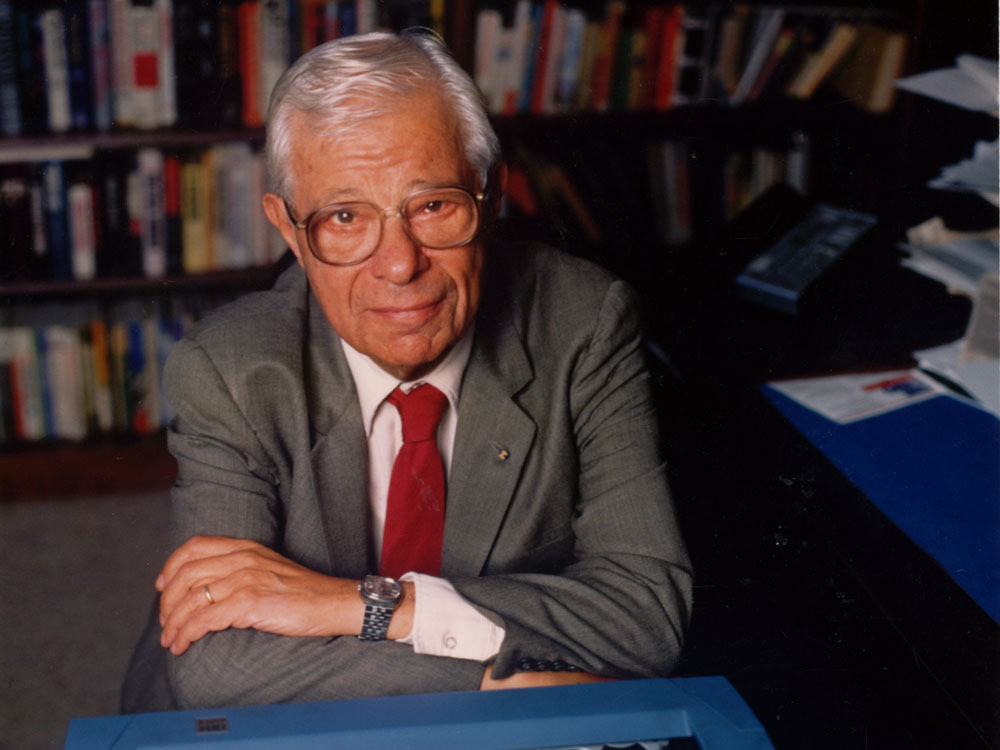 No other journalist in memory saw as much history as Daniel Schorr.

He was born the year before the Russian Revolution and lived to see the Digital Revolution. He was there before the Berlin Wall went up and there a generation later when it came down. He was born before people had radio in their homes but pioneered the use of radio, television, satellites and then the Web to report the news.

For all the history that he reported, Dan Schorr will always be remembered for the moment he stood before live television cameras in 1974 with a breaking bulletin about a list of enemies compiled by the White House.

Schorr began to read the names. One of them was his own. "The note here is, 'A real media enemy,'" he read, before continuing through the list.

"What went through my mind was, 'Don't lose your cool. Be professional,'" he said years later.

Dan became a professional at the age of 12. A woman jumped off the roof of his family's apartment building in the Bronx. While police and fire crews rushed to the scene, Dan called the Bronx Home News -- and got paid $5 for the story.

He served in the U.S. Army during World War II, went to Europe, and freelanced for several U.S. news services before becoming one of the last reporters hired by Edward R. Murrow. Dan opened the CBS bureau in Moscow and, as the premier of the Soviet Union discovered, soon became famous for a pointed interviewing style.

"We are not here, Mr. Khrushchev, to argue with you, but to get your opinions," Dan said to the Soviet leader. "But since you have raised America's troubles in Formosa, and this is a frank discussion, I only wanted to ask you, how long do you think the Kadar regime would last without Soviet troops and tanks in Hungary?"

Dan would win three Emmy Awards at CBS News for reporting on the Cold War from behind the Iron Curtain, Watergate and the war on poverty in the United States.

But in 1976, he received a leaked copy of a congressional investigation, called the Pike Report, on illegal activities in the CIA and FBI. CBS refused to let him do a story on the report. Dan felt that the public's right to know was overriding and leaked the contents to the Village Voice.

He was called before a congressional committee and refused to name his source, declaring, "To betray a source would be to betray myself, my career and my life."

Dan was celebrated by many for his courage and integrity. But he irritated many people at CBS, who said that at first he had not owned up to leaking the CIA report, but blamed it on another CBS reporter, Lesley Stahl.

Mike Wallace interviewed Dan about it for 60 Minutes and went over the transcript with us.

"I say to him, 'Correct me if you think I'm wrong: You denied to CBS management that you supplied the Pike papers to the Village Voice. You denied! For a number of hours at least.'" Wallace recalled.

"And Dan answered me, 'That's not exactly right that I denied. I dissembled. I'm not quite clear, I don't really think I ever specifically denied -- I certainly did not volunteer, and I certainly did not help CBS for several hours to get that information, that is true.'"

"'You permitted your colleague Lesley Stahl to be implicated as the person who had leaked the Pike papers.'" Wallace continued. "'For a few hours,' he answered."

It surprised Wallace. "I had always thought of him as a stand-up guy," he said. "Do you do that to a colleague?" And yet, Wallace admired Dan Schorr.

"What distinguished Dan was his determination to report, as much as he could, what had not been reported before," Wallace said. "He was an independent -- hard-digging -- and liked to be an investigating reporter."

Around the NPR hallways over the past 10 years and some, it's been the tendency to think of him as a sweet old grandfather. That's not how Wallace remembered him. "He's never been sweet," he said.

"There was not a lot of small talk in Dan," Wallace said. "And Dan had told me that. He had come the hard way, so to speak, and he wanted to make a name for himself in broadcasting, in news and he did not suffer fools gladly and he was not particularly interested in nonsense or pablum."

William Safire, The New York Times columnist who died in 2009, once worked in the Nixon White House and became a close friend of the man his employer had targeted for a tax audit. He remembers when his newspaper once received information about the CIA's involvement in foreign assassinations.

"The Times was given it off the record and couldn't use it," Safire remembered. "Well, somehow or other it got to Dan Schorr. And he checked it out and he went with it."

"It was an enormous story," Safire said, "and it had a great effect on American foreign policy and law, but he couldn't be swayed or argued or persuaded that the national interest would be better served if you'd shut up."

"That's where he became stiff-necked and stiff-backed and cantankerous and went with the story. And God bless him for it."

Dan became one of the most distinctive voices on NPR, giving his famous name and long experience to a growing young network. As NPR's audience grew, Dan received many lifetime achievement awards for his journalism and defense of free speech.

But he achieved a different kind of popularity in his Saturday morning conversations on Weekend Edition, where he let himself reveal a sense of humor and even whimsy.

And in this last stage of his career, Dan had fun. He appeared in three movies. He lunched with Anthony Hopkins to offer tips on how to play Richard Nixon. He joined Frank Zappa on tour and sang with the Mothers of Invention to promote a youth voter registration drive.

When he was in his 90s, he would receive a critical note or e-mail now and then that began, "I hate to criticize a man who must be 75 ..." and waved it exultantly to his co-workers.

Safire said that for someone who had the reputation of being prickly, prideful and difficult, Dan kept legions of fast friends and devoted colleagues.

"When you look at it, frankly he didn't switch all that much. In the course of what, 50 years of reporting, he did not have too many bosses," Safire said. "And even his bosses were never his masters."

Safire often spent family holidays with Dan. "You could turn to him and brag a little and cry a little and he'd understand, and he would be with you all the way, and because he was kind of a patriarch at our table for over these many, many years, he had an enormous impact on all the young people at the table," Safire said.

"Loveable is a word that we don't apply to cantankerous journalists," he said. "Of all the words we've gone over with in characterizing Dan Schorr. I think loveable would be the least expected but, the most accurate."

And I was one of those people at the table.