Accessibility links
Foreign Policy: The Plight Of Afghan Women Alexander Lobov of Foreign Policy applauds Human Rights Watch's work in drawing attention to the plight of Afghanistan's women. Yet he's skeptical when its recommendations for improving the situation are compared with the reality the non-governmental organization itself presents. 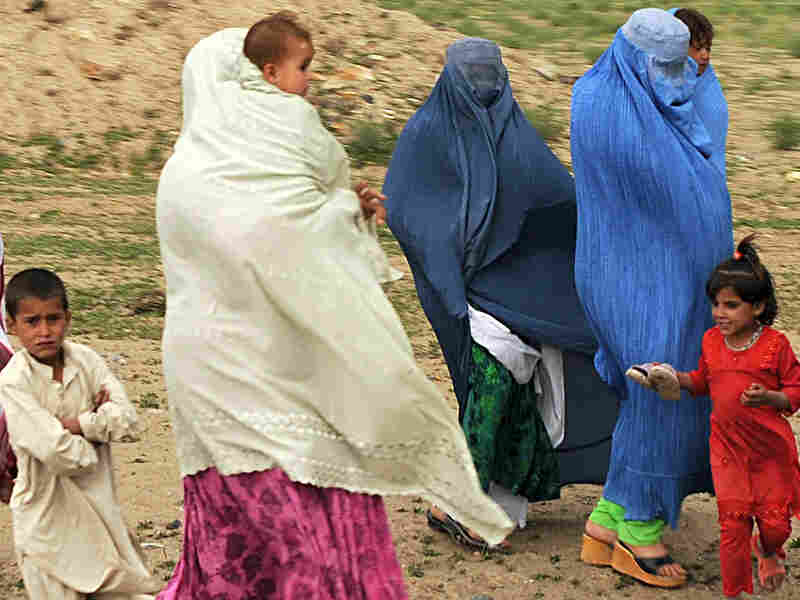 The Human Rights Watch report paints a vivid and terrifying picture of the fear Afghan women must go through in just trying to live a normal life. Shah Marai/AFP/Getty Images hide caption 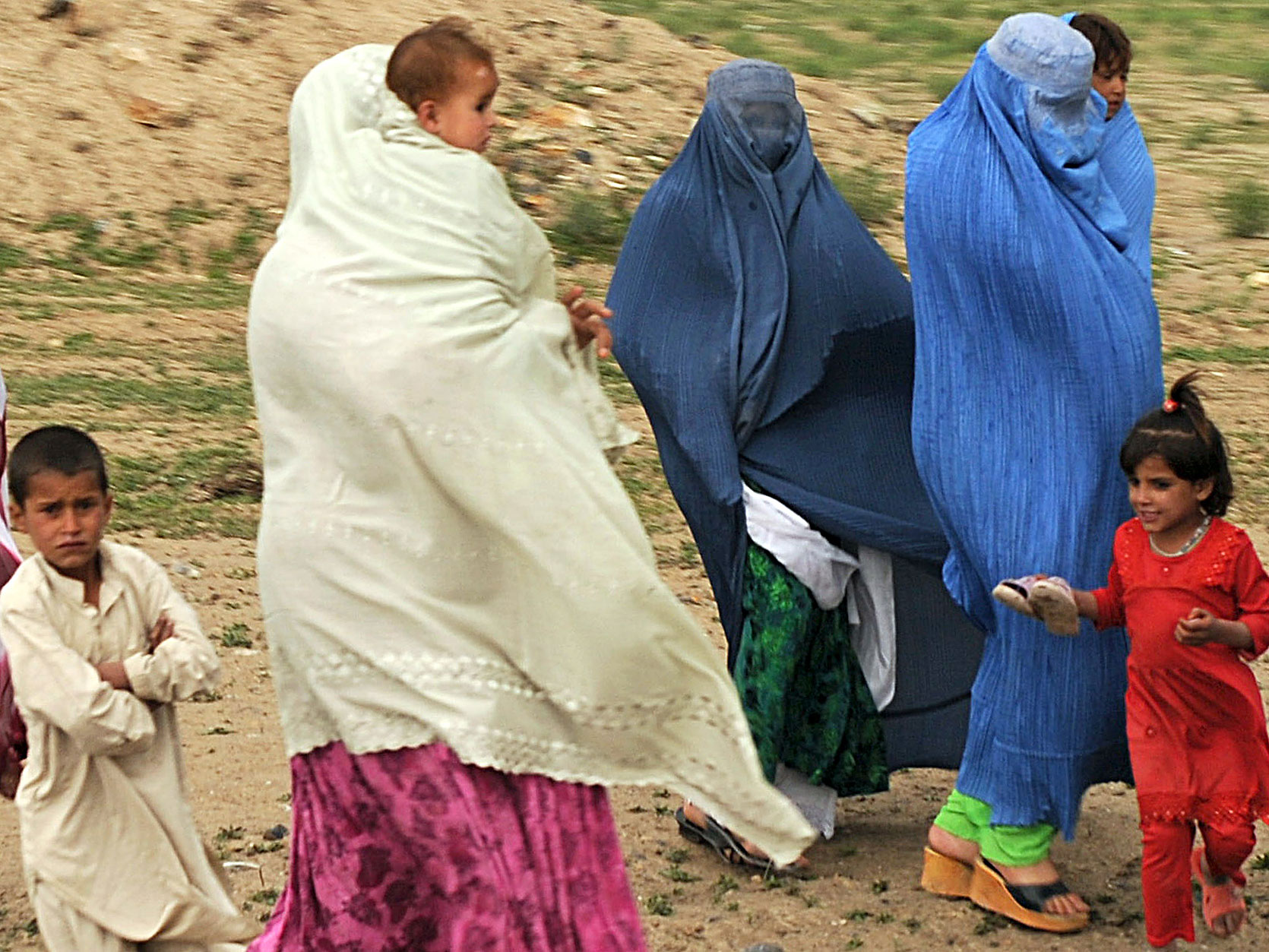 The Human Rights Watch report paints a vivid and terrifying picture of the fear Afghan women must go through in just trying to live a normal life.

Alexander Lobov is a freelance writer based in Melbourne, Australia. He blogs at The Zeitgeist Politics.

A recent report by Human Rights Watch calls on the government of Afghanistan to "ensure that all those who agree to the reconciliation process have made explicit their acceptance of the constitutional guarantees of equality for men and women."

This is in reference to the planned dual processes of reconciliation, negotiations with high-level insurgent commanders, and reintegration, encouragement of lower level fighters to give up their arms.

However, how the government of Afghanistan is expected to achieve this is unclear. The weaknesses of the Karzai government and its many failures to adhere to the constitution in the past are mentioned several times in the report (specifically, pages 6, 34, and 43), as are the inherent contradictions in pursuing reconciliation with insurgent groups that are clearly ideologically opposed to any law that contradicts their version of Islamic law.

As activist Wazhma Frogh tells HRW, "President Karzai himself has done many things against the Afghan constitution. There have been hundreds of things -- including illegal things -- that were against the constitution. What was the result? Nothing happened." If the government itself does not have a strong record of upholding the constitution, how can it be expected to do so after bringing the Taliban into the fold?

The HRW report is important because it brings attention to the ongoing human rights abuses in Afghanistan, particularly the disproportionate targeting of women by the Taliban and other insurgent organizations. A vivid and terrifying picture is painted of the fear these women must go through in just trying to live a normal life. A number of recommendations are made for what the major players in Afghanistan should do (on pages 59 to 64). Apart from the unwavering adherence to the constitution mentioned above, there are also recommendations for greater female representation in decision-making processes and a repealing of the Amnesty Law, which grants amnesty to individuals who committed war crimes before the war began in 2001.

However, it is difficult to read this report without coming to the conclusion that HRW's recommendations are near impossible to implement. Great pains are taken to highlight the Taliban's commitment to the brutal oppression of women and disdain for the constitution, and presumably they wouldn't be so hot on a repeal of the Amnesty Law either. This is further coupled with a widely held belief that the main insurgent groups are not that interested in reconciliation in the first place.

Concerning women's involvement in decision-making, the report argues that there is a prevailing culture of indifference among male Afghan decision makers, when it comes to upholding women's rights, thus requiring adequate representation for women in the process itself. However, this is also a clear barrier to that representation, in the face of reconciliation efforts with insurgent groups even more violently misogynistic than any member of the government, it is unlikely that women's representation in decision-making will be treated as a priority.

I applaud HRW's work in drawing attention to the plight of Afghanistan's women but when its recommendations for improving the situation are compared with the reality the NGO itself presents, it's hard to envisage a situation where reconciliation is achieved and women's rights, as well as general respect for the constitution, are upheld simultaneously.

Thus, we are left with another very important takeaway from this report. The reality is that these much needed recommendations may well be deal-breakers when it comes to reconciliation. Sadly, the emerging scenario is that something will have to give, and HRW is right to fear that it will probably be women who will suffer once again.