Accessibility links
Movie Review - 'Life During Wartime' - Suburban Horror At Its Finest Pedophiles, prescription drugs and dysfunctional parenting -- and that's just a few of the issues taken on in Todd Solondz's pitch-black comedy Life During Wartime. Framed as a sequel to his 1998 film Happiness, Solondz's latest is filled with what critic Jeanette Catsoulis calls a "melancholy fatalism." (Recommended)

'Life During Wartime': Suburban Horror At Its Finest

'Life During Wartime': Suburban Horror At Its Finest 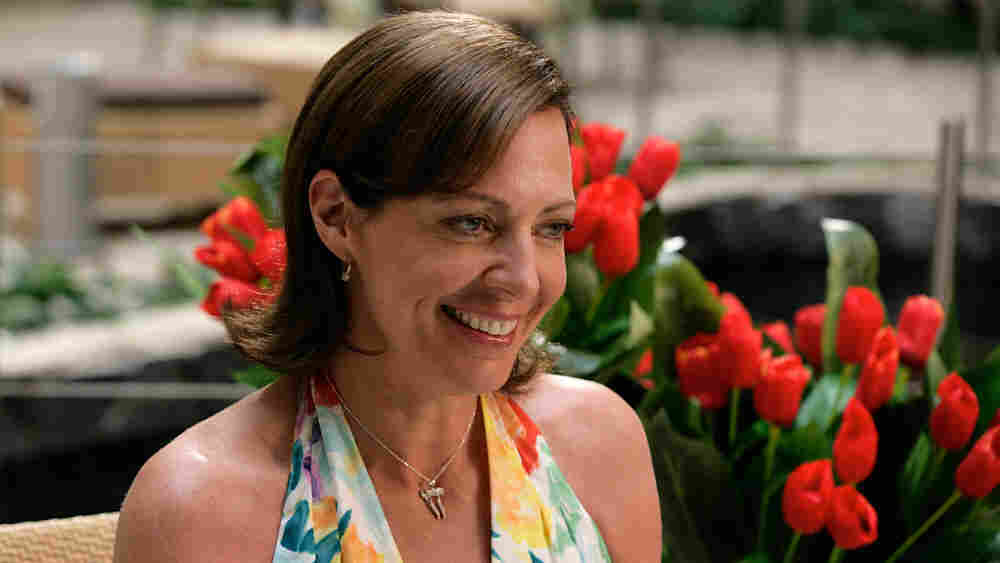 'I've Missed You So Much'

Working with an entirely new group of actors (a trick like the one he employed in 2004's Palindromes, where he cast eight dramatically different types to play the female lead), Solondz reunites us with the magnificently screwed-up Jordan sisters. Joy (Shirley Henderson) is, in the first scene, already in tears: Her pervert husband, Allen (memorably originated by Philip Seymour Hoffman, now distractingly played by The Wire's Michael Kenneth Williams) has just admitted he's still in thrall to phone sex and who knows how many other diversions.

Sobbing into their anniversary dinner, the couple sets the stage for a succession of family vignettes connected mainly by denial, despair and emotional damage. We find Trish (a terrific Allison Janney) in the pastel blandness of a Florida suburb, cheerfully medicating her anxious young daughter and preparing her son, Timmy (Dylan Riley Snyder), for his bar mitzvah. Timmy has a lot of questions; unfortunately most of them are about his pedophile father, Bill (heartbreakingly played by Dylan Baker in Happiness, now by a stone-faced Ciaran Hinds).

Bill is one of the many subjects Trish would rather not face, preferring to luxuriate in her new romance with a pudgy suitor (Michael Lerner), whose intentions will soon be disastrously questioned by the sexually curious Timmy. Bill, meantime, has been released from prison and is wending his way towards some kind of redemption, pausing only for hotel sex with a ripe barfly in the form of Charlotte Rampling -- a detour no man in his right mind could be blamed for taking. 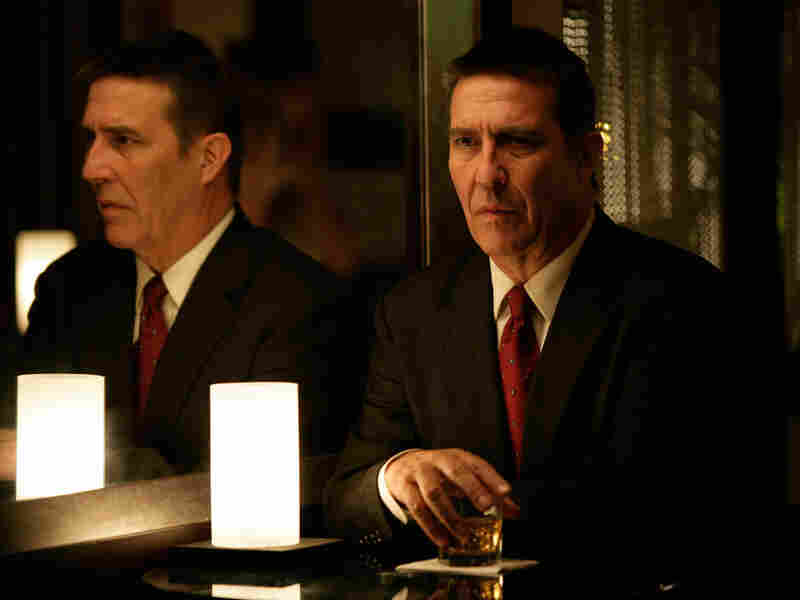 Struggling For Redemption: Ciaran Hinds stars as a pedophile recently released from prison in Life During Wartime, which tackles themes of forgiveness and regret in the darkly comic manner that has become its director's trademark. Francisco Roman hide caption 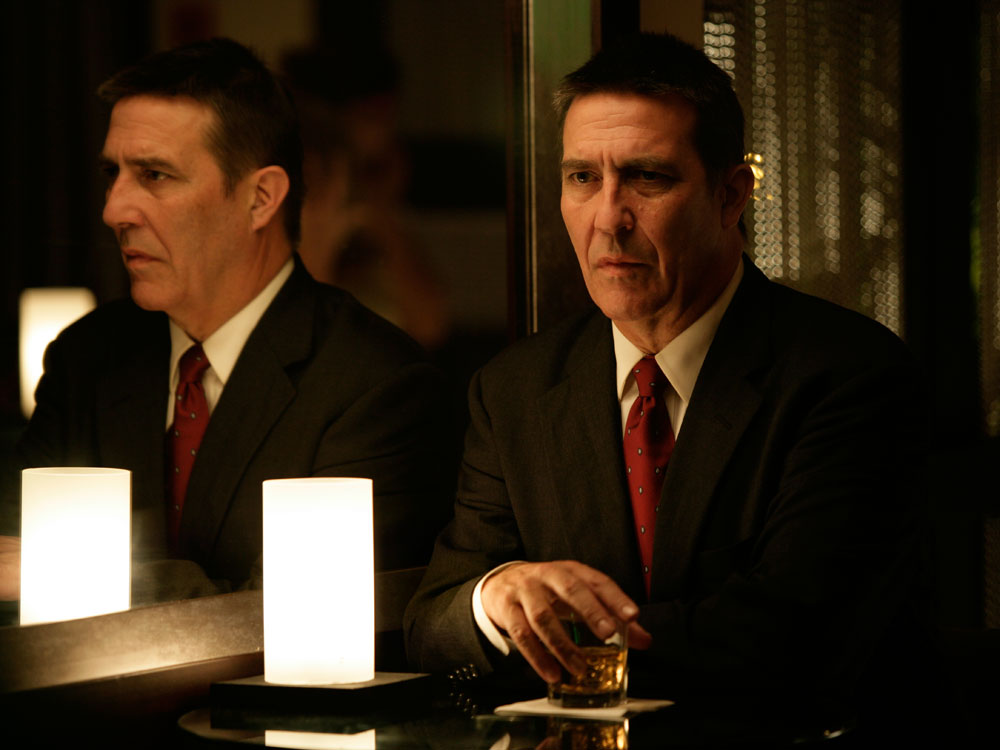 Struggling For Redemption: Ciaran Hinds stars as a pedophile recently released from prison in Life During Wartime, which tackles themes of forgiveness and regret in the darkly comic manner that has become its director's trademark.

Like all of Solondz's films, Wartime teeters, sometimes excruciatingly, between emotional extremes. This tightrope can make audiences squirm with discomfort, but its creator is never deliberately cruel. The scourge of middle-class self-satisfaction, Solondz makes suburban horror movies that are exquisitely precise. Not only does he refuse to talk down to his audience, he assumes a degree of sophistication on their part that few directors dare to trust. His sensibility stems from a kind of melancholy fatalism, driven by characters who rarely evolve and are incapable of self-renewal. Usually bleak and often angry (his 1995 stunner Welcome to the Dollhouse drew most of its power from fury), his stories slide into the psyche to be embraced or rejected according to how well they mesh with personal experience.

The anger in Wartime is everywhere, though mostly veiled by emotional desperation. "You're so not my type," marvels Trish to her decent, fatherly swain, clinging resentfully to his flabby nakedness. Her brittle sister Helen -- played by a marvelously tense Ally Sheedy, she's a successful screenwriter with a lover named Keanu -- almost spits contempt at the hapless Joy when she shows up looking for comfort.

Sorry, Joy, for that you'll need a very different director.

Yet amid all the deadpan drollery and social unease, the sheer skill of the filmmaking is often missed. Shot in Puerto Rico by the amazing Edward Lachman, who also photographed Far from Heaven and I'm Not There, Wartime is spiked with moments of stunning beauty. In one particularly lovely (perhaps dream) sequence, Joy takes a moonlight stroll, her white nightgown floating through a deserted parking lot bathed in silvery phosphorescence.

Jagged and gentle, shocking and sweet, Life During Wartime finds the King of Cringe more concerned than usual about forgiveness: who deserves it, and who is capable of bestowing it. True to form, though, he's not telling. (Recommended)