Accessibility links
MTV's 'Teen Mom' Makes For Teaching Moments Reality TV can mean anything from cooking competitions to parties on the Jersey shore. But on MTV a couple of shows are getting more real than most: 16 and Pregnant and Teen Mom follow young girls through pregnancy and early motherhood -- and a lot of adults think the show's message is just what some teenage viewers need to hear. 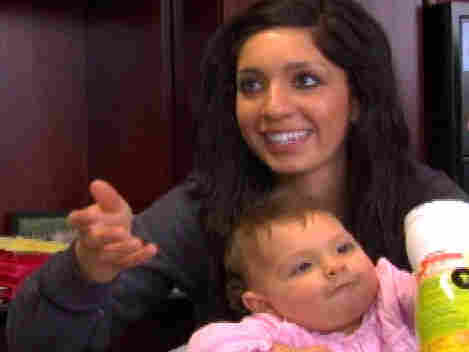 Farrah Abraham, one of the stars of Teen Mom, with her daughter Sophia. Farrah's storyline revolves around her relationship with her own mother, who was charged with domestic assault in January 2010. MTV hide caption 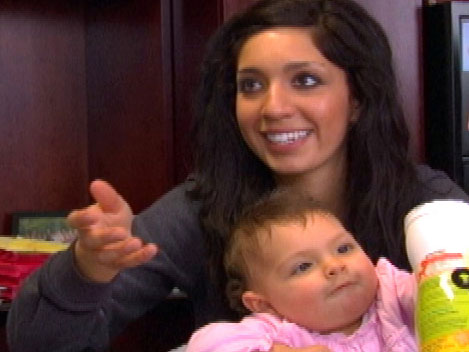 Farrah Abraham, one of the stars of Teen Mom, with her daughter Sophia. Farrah's storyline revolves around her relationship with her own mother, who was charged with domestic assault in January 2010.

From the Kardashians to the Real Housewives of wherever, there's no denying America's fascination with reality television. But much more interesting than what's happening in any of those households is what's happening in the homes of Farrah, Amber, Maci Catelynn, and several other girls who are featured in two MTV series about teen pregnancy.

16 and Pregnant and Teen Mom follow a small group of high school girls and their often feckless boyfriends as they go from being teens to being teen parents.

The point of the shows is to have teens demonstrate to their peers how hard it is to become responsible for a baby before you're really responsible for yourself. Cameras follow the young mothers-to-be as they make tough decisions about their lives, like dropping out of high school, either because it's too exhausting or to escape being gossiped about.

Eventually, the viewer goes right into the delivery room, where laboring mothers sometimes have to mediate between possessive boyfriends and protective mothers. There are no overtly graphic shots, but there are plenty of whimpers, gasps and grunts -- enough to give viewers a clear idea that labor is very hard work.

"And you know what's funny?" says Amy Kramer, director of media relations for the National Campaign to Prevent Teen and Unplanned Pregnancy, a nonpartisan D.C. nonprofit organization. "Pregnancy is the easy part -- it's the parenthood that's really, really difficult."

According to Kramer's organization, teen pregnancy dropped about 40 percent between 1990 and 2004, which is good news. The bad news is that the United States still has the highest number of teen pregnancies in the fully industrialized world.

But if these MTV shows have anything to do with it, those numbers will drop even further.

'It Seems To Be Breaking Through'

MTV started thinking about a show on teen pregnancy in 2008, when Britney Spears' 16-year-old sister, Jamie Lynn, announced she was pregnant. A few months later, 17-year-old Bristol Palin became front-page news when she revealed her pregnancy as her mother was running on the Republican presidential ticket with John McCain.

Liz Gately, vice president of series production at MTV, says that when producer Lauren Dolgen pitched an idea for a reality series based on teen parenthood, she thought it could be the catalyst for an intense national conversation.

The fact that nobody in the series was preaching to the teen audience and that teens were dispensing wisdom borne of their own experience made 16 and Pregnant a hit when it debuted in 2009. Teen Mom followed a year later, continuing the saga of four of the young mothers featured on 16 and Pregnant.

"This show doesn't preach; it doesn't teach," Gately says. "It just shows 'this could happen to you,' " and that there are often unforeseen consequences to being sexually active at a young age.

"It seems to be breaking through in ways other shows attempted to and haven't," Gately says.

Kids aren't the only ones paying attention. MTV has received calls from Big Brothers and Big Sisters of America, academicians and even the White House -- where the president is on a personal mission to emphasize the importance of young men taking responsibility for their children, which includes waiting to have them.

They're all interested in using 16 and Pregnant and Teen Mom as a teaching tool. And they can, thanks to the Kaiser Family Foundation, which has funded reproduction of the series so it can be distributed to schools, nonprofits and social service organizations interested in reducing teen pregnancy.

There have been critics who worry that airing a television series of expectant teens is somehow making what should be considered a trauma -- or even, for some, a stigma -- glamorous. But both Liz Gately and Amy Kramer say that anyone who makes that argument obviously hasn't watched either series.

"This is an honest and gritty portrayal of a very, very difficult thing," Kramer says. "To say that these shows are glorifying teen pregnancy is like saying The Biggest Loser is glorifying obesity."

The incidences of both are higher than what's good for anyone, and televising the complications -- social, medical and emotional -- of teen pregnancy and obesity may, in the end, help people avoid going there in the first place. 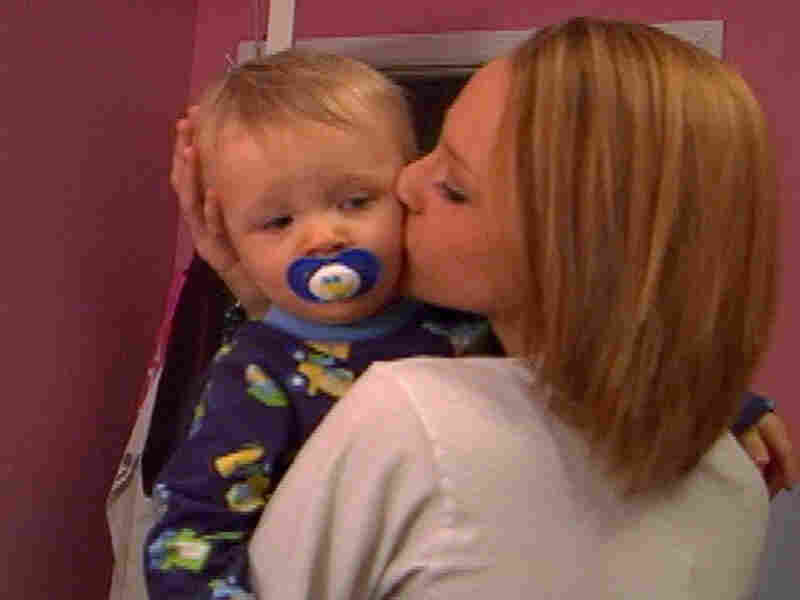 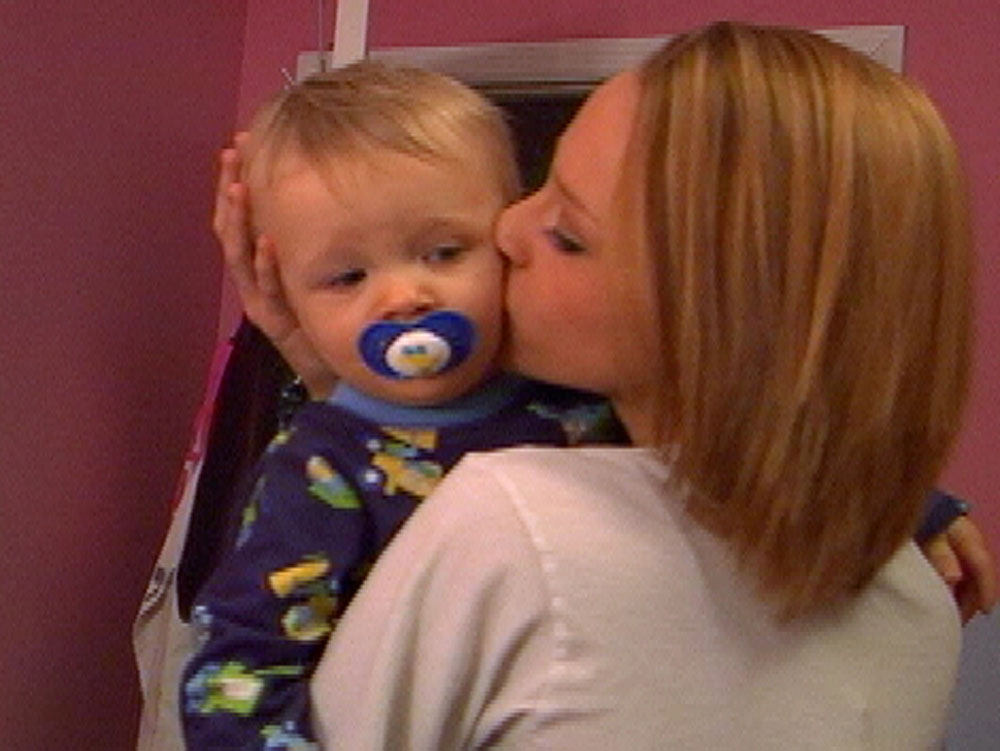 Taking It To The Classroom

On the hilltop campus of Woodrow Wilson High School in East Los Angeles, summer school has ended for the day. The halls that had been filled with noisy students are now empty and whisper-quiet. In a vacant science lab, three teens from the I Have a Dream Foundation -- whose mission is to help children from low-income communities get into college -- swivel on their lab stools and discuss 16 and Pregnant. These 15-year-olds -- or Dreamers, as they're called -- are focused, ambitious and, thanks to the foundation, on their way to a fully paid college education. They see 16 and Pregnant as a cautionary lesson.

Miguel Tostado says he is embarrassed for the show's teen fathers.

"I didn't think they did their duty as an actual guy," he says firmly. "It showed me I'd need to be there for my son, help my wife or girlfriend out, and that we'd need to work as a team."

Leslie Ruelas says, "It was the kids' choices to do what they did, but they should have thought about what they did before they did it." She notes that the teen parents aren't the only ones affected by the decision to have unprotected sex.

Paola Viellegas says she was impressed by the sacrifices teen moms had to make -- things like the prom, parties and just hanging out that are no longer feasible.

"You have to give up a lot, and you have to put all your attention on the baby," he says.

Their teacher, Elda Vallecillos, says the show came along at just the right time for her students because they're old enough to understand how an unplanned pregnancy can interrupt their carefully laid plans.

"We track our students for 13-plus years," she says. "This is a really crucial time in their development, their teenage years. We thought they needed to be educated about teenage pregnancy prevention, and 16 and Pregnant was one of those shows that kind of brought everything to life for them. It was important for them to see the challenges of being a parent so young."

The message -- that babies and parenting are hard work -- seems to be sinking in for some of its intended audience. Leslie, Miguel and Paola all intend to be parents, but, as Miguel says, "not at this age."

And that's enough to make a lot of adults start dancing -- even if they're not watching MTV.