Accessibility links
Who Oversees Homeland Security? Um, Who Doesn't? A mind-boggling 108 congressional committees and subcommittees have oversight over the Department of Homeland Security. They're a "tremendous source of delay, time and confusion" for the agency, says Rep. Peter King (R-NY). But that's not likely to change -- unless the president and Homeland Security secretary choose to make a big issue of it. 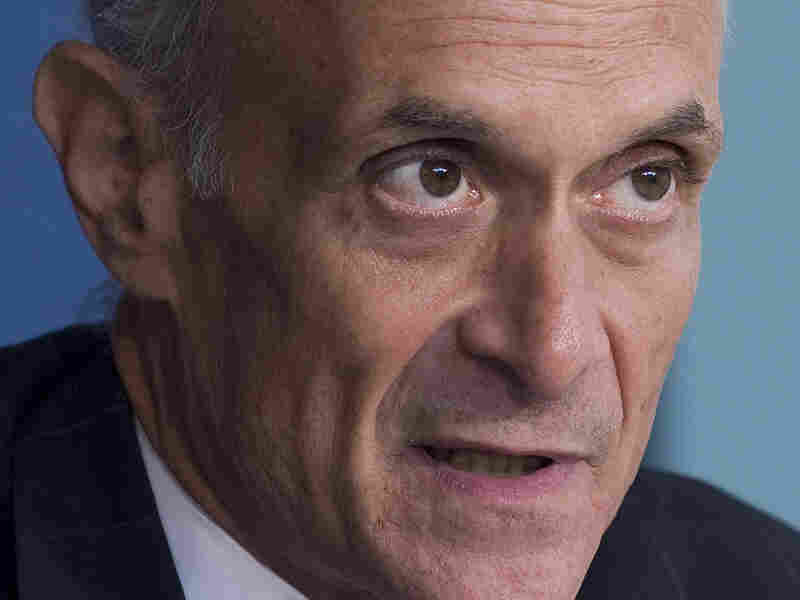 Former Homeland Security Secretary Michael Chertoff, pictured in 2009, says the number of committees and subcommittees that oversee the department is problematic because the agency gets inconsistent direction. Jim Watson/AFP/Getty Images hide caption 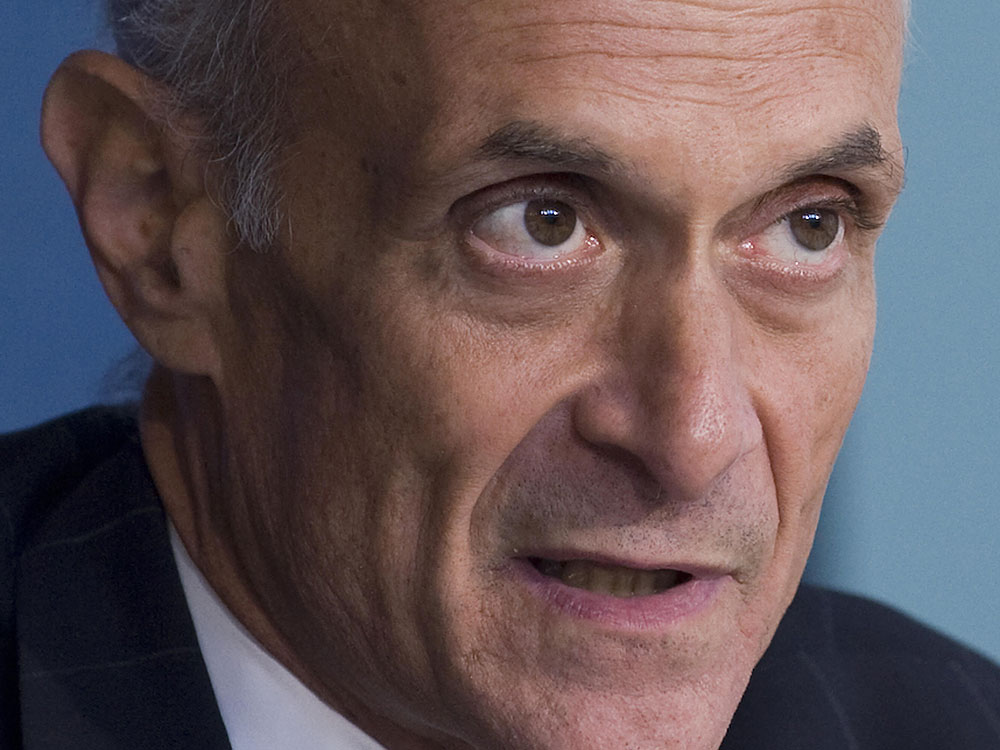 Former Homeland Security Secretary Michael Chertoff, pictured in 2009, says the number of committees and subcommittees that oversee the department is problematic because the agency gets inconsistent direction.

A few weeks ago, at a forum in Aspen, Colo., the deputy secretary of the Department of Homeland Security, Jane Holl Lute, was asked about congressional oversight of her department. How many committees and subcommittees have oversight over DHS?

And that number has grown significantly since 2004.

"When the 9/11 Commission made its report back in 2004, and they said there were too many committees and subcommittees, the number was 86," says Rep. Peter King of New York, the ranking Republican on the House Committee on Homeland Security.

The 108 committees, subcommittees and caucuses are all groups that get briefings or hear testimony from DHS officials on Capitol Hill.

'A Source Of Delay And Confusion'

See the 108 committees and subcommittees keeping tabs on DHS.

The committee that King serves on has primary jurisdiction over the department, but not always, he tells NPR's Robert Siegel. He says that works to the department's detriment.

"It just becomes a minefield and also a tremendous source of delay, time and confusion for the Department of Homeland Security," King says.

How much time does it consume?

"We calculated that in 2007-2008, there were more than 5,000 briefings and 370 hearings," says Michael Chertoff, who was secretary of the department from 2005 to 2009. "That consumes an awful lot of time. But truthfully … most people miss the biggest problem. And that is that the direction you get from the committees tends to be inconsistent."

From The Beginning: A Compromise

The Department of Homeland Security was created in response to the attacks of Sept. 11, 2001. It created a new agency, the Transportation Security Administration, and absorbed several existing agencies -- the Border Patrol, the Immigration and Naturalization Service, the Secret Service, the Federal Emergency Management Agency, and the Coast Guard, among others.

"And that meant you had a number of components that historically were tied to other committees besides the Homeland Security Committee, and none of those committees wanted to relinquish their jurisdiction," Chertoff says. "So it wound up with a typical compromise where everybody gets a little slice of the pie."

The whole pie was overseen by the committees on Homeland Security. Chertoff says money was the one powerful force working against streamlining the congressional oversight.

"There's no question that the parts of DHS that have been the most attractive to multiple committees are those that are involved in giving money out," he says.

A Model That Works

Money may be one reason for there being 108 panels overseeing the Department of Homeland Security, but there are other "low-minded and high-minded" reasons, according to political scientist Tom Mann.

Truthfully … most people miss the biggest problem, and that is that the direction you get from the committees tends to be inconsistent.

On the low side, he says, legislators can use a committee assignment as a campaign credential. On the high side, Mann says, many members have expertise in an agency -- like the Coast Guard or customs -- and they're reluctant to be cut out.

They don't want "to have their expertise, their knowledge, their policy interests shuttered aside and given -- to say -- a single overriding committee where such expertise does not exist," Mann says.

Advocates of streamlining, including Sen. Joseph Lieberman (I-CT) who chairs the Senate Committee on Homeland Security and Governmental Affairs, say there is a perfectly good model for overseeing the sprawling Department of Homeland Security. It's the way the Congress oversees the Defense Department.

"We have one Senate Armed Services Committee," he says. "It oversees the entire Department of Defense, which has a budget, oh probably 15 times the size of the DHS budget. So this is doable."

Lieberman says the only reason his committee didn't get full oversight was the opposition from other committees that wouldn't let go.

The number of committees overseeing DHS is not a partisan issue. It began when the Republicans controlled Congress and it continued under the Democrats.

"I suppose if you were looking for any sign of continuing bipartisanship or non-partisanship, it is that it does not matter what party you belong to, if you're on the same committee, you will fight to the death to protect the jurisdiction and authority of the committee," Lieberman says.

Not Likely To Change

Lieberman says unless the president and the Homeland Security secretary choose to make a big issue of it, it's likely to remain as is.

NPR asked the leaders of the two chambers of Congress about the 108 committees, subcommittees and caucuses. Senate Majority Leader Harry Reid's office had no comment.

In the House, Speaker Nancy Pelosi's office sent NPR a written reply, saying: "The Committee on Homeland Security is the primary committee for oversight of the Department."

But on some important topics involving the DHS, for instance the Gulf oil spill, Pelosi's office says there have been special briefings: All the members -- of both parties in both houses -- have been invited.