Accessibility links
Robert Randolph And The Family Band In Concert The virtuoso pedal-steel guitarist recently brought his God-fearing funk to WXPN's XPoNential Music Festival. Hear Randolph and his band bring the house down during a rousing set that capped a remarkable weekend of music in Philadelphia.

Hear Robert Randolph And The Family Band In Concert

Hear Robert Randolph And The Family Band In Concert 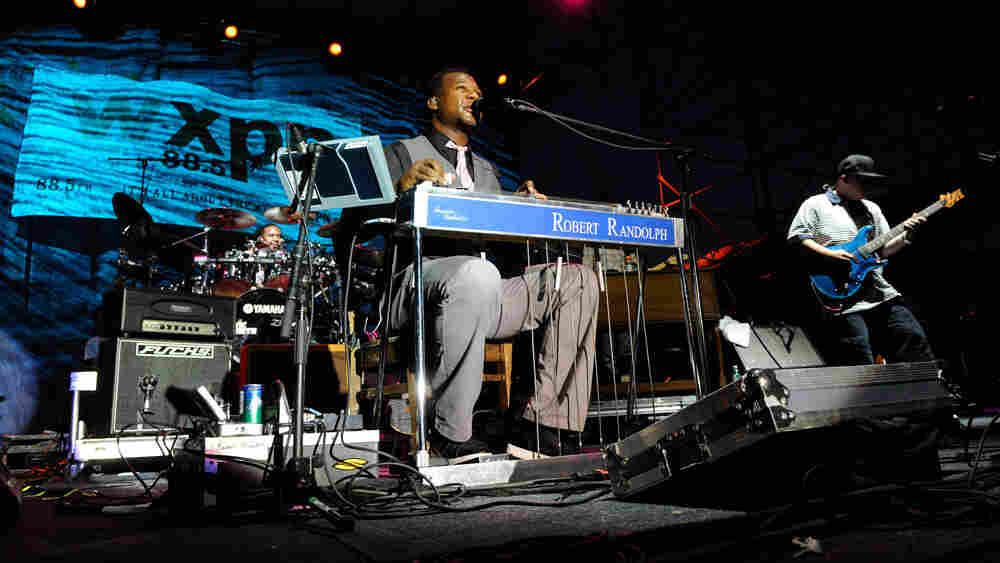 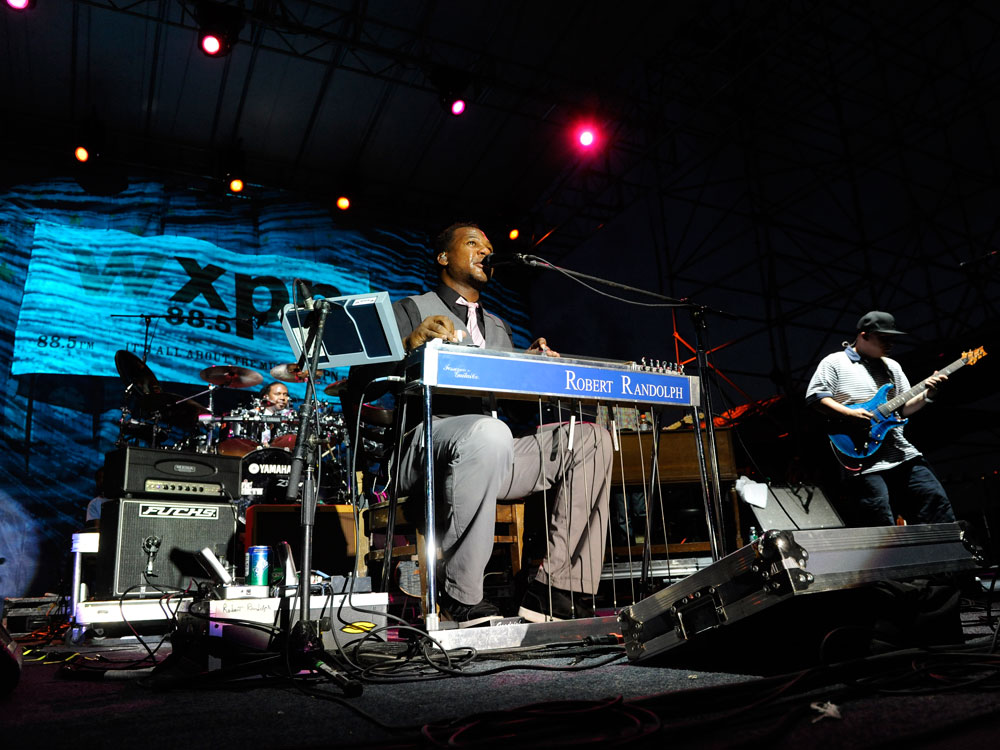 Trained in the "sacred steel" style native to Pentecostal House of God churches, Robert Randolph tackles the pedal-steel guitar with a virtuosic ferocity. Randolph and his Family Band (featuring his cousin Marcus and sister Lenesha) are renowned for their incendiary live shows, which marry fervent gospel tunes and an irresistible rock 'n' roll swagger. His unmatched wah-wah slide-guitar technique has turned many heads, including those of John Medeski, Eric Clapton, Dave Matthews and, most recently, T-Bone Burnett.

Burnett, an auteur of "roots music" production and the man behind the O Brother, Where Art Thou? soundtrack and Robert Plant's collaboration with Alison Krauss, produced Randolph's new record, We Walk This Road. The two aimed to survey the past hundred years of African-American music (with originals, covers and traditional tunes), then sculpt Randolph's sound to set all of the songs in the present. We Walk This Road is Randolph's most ambitious album to date, and you can hear many of its songs (and even a Lady Gaga cover) in Randolph's festival-capping performance at WXPN's XPoNential Music Festival.

You can hear more performances from the XPoNential fest at WXPN.org.