Accessibility links
Conservative Media Stokes New Black Panther Story In November 2008, members of the New Black Panther Party showed up at a polling station in Philadelphia -- one carrying a nightstick. The incident would lead to criminal charges, allegations of reverse discrimination and a media storm that continues today. 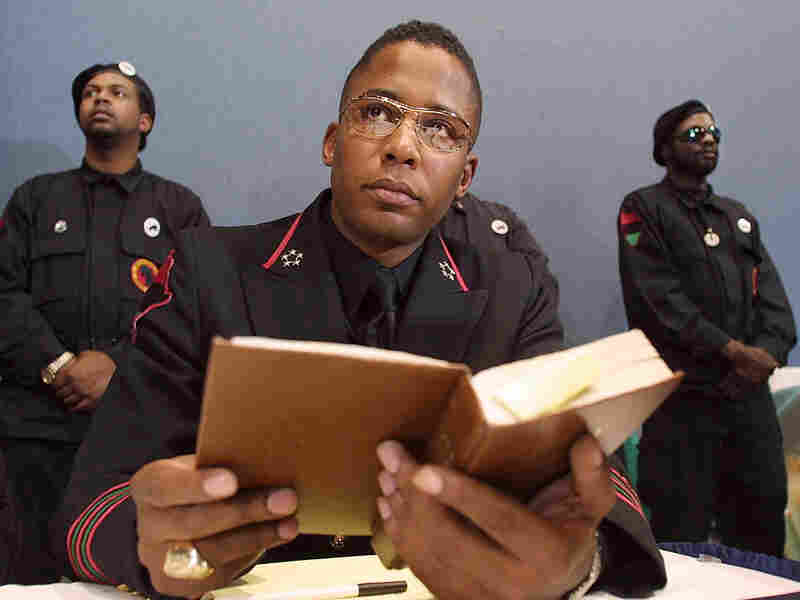 Malik Zulu Shabazz is chairman of the New Black Panther Party, which has been designated a hate group by the Southern Poverty Law Center and Anti-Defamation League. Manny Ceneta/Getty Images hide caption 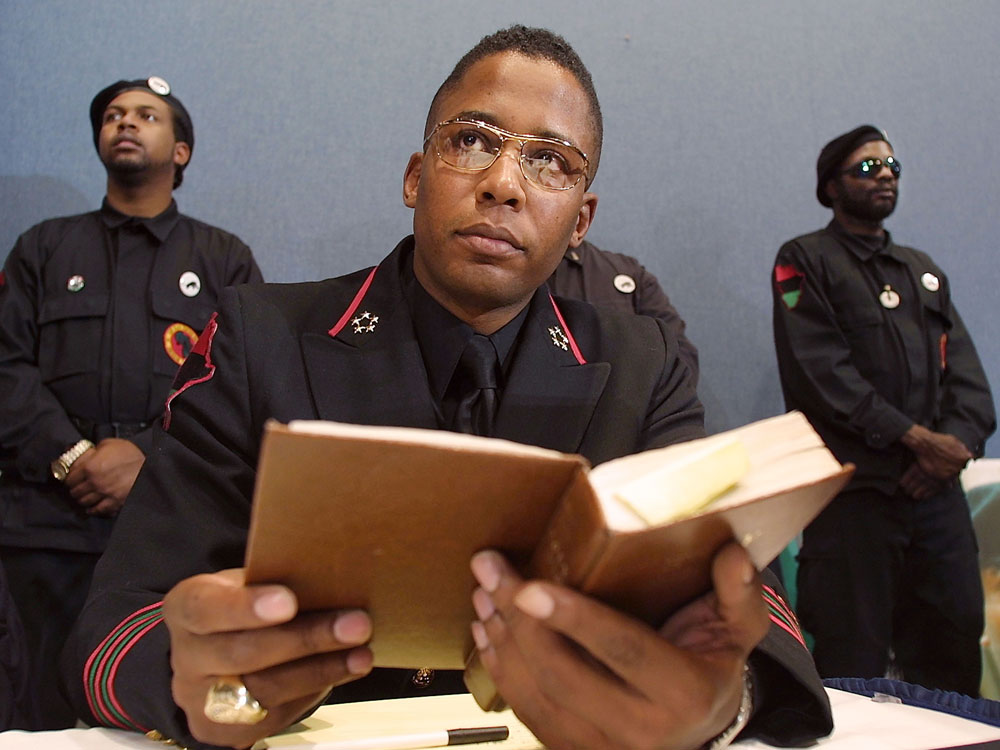 Malik Zulu Shabazz is chairman of the New Black Panther Party, which has been designated a hate group by the Southern Poverty Law Center and Anti-Defamation League.

This story starts, as so many do these days, with videotape. In this case, it was taken by a couple of conservatives from the University of Pennsylvania.

They captured an exchange on Election Day in November 2008 with a few members of the New Black Panther Party, who were swaggering outside a polling station in a heavily black part of Philadelphia.

Much of the conversation had to do with the nightstick being brandished by one of the New Black Panthers. The video, which prompted coverage from the Fox News Channel and others that very day, would ultimately lead to criminal charges, allegations of reverse discrimination and a media storm that's continued to today.

In late 2008 -- during the waning weeks of the Bush administration -- the Justice Department filed voter intimidation charges against the New Black Panther Party and several of its members, but charges against the group itself were dropped in May 2009. Justice officials argued there was no compelling evidence that the party itself was involved. In the end, only one person was actually sanctioned, and a brief flap ensued.

"As I have said under oath, this is the easiest case," Adams told NPR's Michel Martin. "I mean, there's plenty of evidence that this was a violation of federal law. And don't forget -- this is also important -- federal law bans the attempt to intimidate."

The New Black Panthers can be an intimidating bunch. They are a "distinctly anti-white, anti-gay, anti-Jewish organization," says Mark Potok, director of the Intelligence Project for the Southern Poverty Law Center, a liberal civil rights outfit that monitors hate groups. "As a matter of fact, some of its leaders have said things like, 'We ought to kill all white people, then bury them in the ground, and then dig them up and kill them again.'"

Potok's organization has been listing the New Black Panthers as a hate group for about a decade. He says that despite the group's small size and lack of a violent record, he finds the Election Day incident troubling. According to Potok, the federal investigation and even the charges ultimately levied were warranted.

And while Potok believes the November 2008 incident to be relatively minor, it's actually inspired a tremendous amount of coverage -- especially from the Fox News Channel.

According to the liberal watchdog group Media Matters, Fox News anchor Megyn Kelly had 45 segments totaling more than 3 1/2 hours from June 30 through July 14 on the subject of the New Black Panthers and Adams' allegations.

"I was on vacation the week this happened; apparently it got very little publicity," Schieffer said. "I just didn't know about it. You know, God knows everything, but I'm not quite that good."

Others seemed to suggest that some mainstream news outlets needed to catch up, including the Washington Post's ombudsman and one of its senior editors.

Conservatives argue the episode fits a pattern of protecting the Obama administration from embarrassing stories, such as the ACORN tapes or the incendiary beliefs of the president's former pastor, the Rev. Jeremiah Wright.

Potok, who's been monitoring the New Black Panthers ever since they made it onto his list of hate groups, agrees.

"Frankly, I think that what has been raised by the conservative and right-wing press, and the tone that it's been raised in, has amounted to a tempest in a teacup," Potok says. "I just see a lot of screaming hypocrisy on the part of outfits like Fox News and some of the other conservative news outlets."