Accessibility links
Light, Fuel-Driven Car Goes For 100 Mpg X Prize The Very Light Car is the last remaining four-seat sedan vying for $5 million in the prestigious X Prize competition. It weighs just over 700 pounds -- far less than a typical compact car. But unlike most other entries in the competition, it's not an electric or a hybrid vehicle. 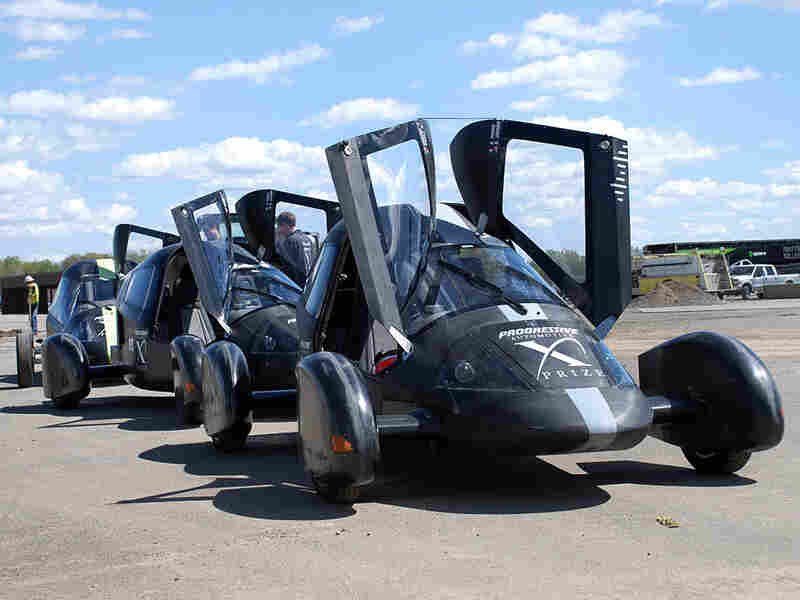 The Very Light Car weighs just over 700 pounds. But unlike the electric or hybrid vehicles racing for the X-Prize, it is powered by ethanol and gasoline. Courtesy of Edison2 hide caption 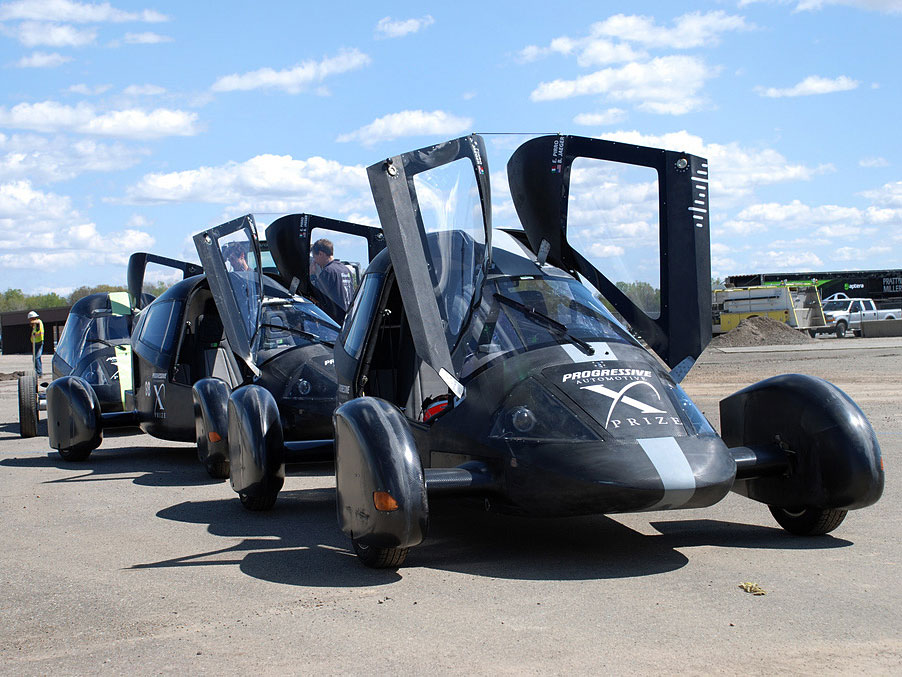 The Very Light Car weighs just over 700 pounds. But unlike the electric or hybrid vehicles racing for the X-Prize, it is powered by ethanol and gasoline.

Lynchburg, Va., is an old river town with a population of fewer than 75,000 people. It's not the kind of place you'd expect to produce a 21st-century car, but entrepreneur Oliver Kuttner thought it was perfect.

Warehouse space was cheap, so the retired race car driver hired a team of winners from the world of racing and set up shop to build a car that gets the equivalent of 100 miles per gallon. The team, called Edison2, entered its vehicle, dubbed the Very Light Car, in the X Prize competition, and it's the last remaining four-seat sedan in the competition.

"With racing, it's all about pushing performance to the absolute," says Brad Jaeger, Kuttner's 25-year-old director of research and development. "With the other automakers, they've become so stuck because the cars that they're producing next year rely on parts that were used this year and the year before."

But Lynchburg had plenty of good machine-tooling shops to make new, super-light parts for the car Kuttner wanted to build.

The finished product weighs just over 700 pounds -- far less than a typical compact car -- and unlike most other entries in the X Prize competition, it's not electric or a hybrid. After crunching the numbers, the Edison2 team decided that it wasn't worth using batteries to run the car because of the extra weight.

Instead, the Very Light Car operates on a mix of ethanol and gasoline. It looks like the cockpit of a small jet, silver and black with wheels protruding about a foot from the body. Inside, says design chief Ron Mathis, it's pretty basic: "This car has no sound-proofing whatsoever, so it's going to be noisy."

To improve aerodynamics, the car has no door handles or side view mirrors, which have been replaced with buttons and cameras. Light, sleek and low to the ground, it can go from zero to 60 in 7 seconds.

"It's so light that it just feels alive in your hands. It's fun," Mathis says.

But could a car like this survive on the highway, alongside trucks and SUVs? Kuttner says the Very Light Car meets all U.S. safety requirements and incorporates many features of race cars.

"We've all seen the video footage of cars hitting walls at 160 miles an hour, partially falling apart, and then the guy getting out and saying, 'This was a bad day!' and scratching his head," Kuttner says.

Eyes On The Prize

He says electric cars are not ideal because of their limited range, and both electric and hybrid vehicles are saddled with heavy, expensive batteries that can fail in five to seven years. He thinks super-light cars are the way to fuel efficiency.

Automotive News editor Jason Stein says the industry is already moving in that direction. "We're seeing that the size of vehicles is obviously decreasing from what it was five years ago," he says.

But with Americans getting fatter, Stein doubts small, light cars will grab a big share of the market anytime soon.

The Edison2 team's car must undergo another round of track and laboratory testing. If all goes well, Kuttner and his crew could collect $5 million in prize money. If not, they might still profit should automakers turn to lighter vehicles and find Edison2 holds the patents to technologies that could speed their time to the showroom.