Accessibility links
Mine Citations Focus on Ventilation, Fire, Electricity Citations for safety and health violations by operators of underground coal mines have increased by nearly a third since 2006. An NPR analysis of nearly 80,000 citations written last year found that an accumulation of combustible coal dust was the most frequently cited violation overall, accounting for more than one in 10 citations.

Citations for safety and health violations by operators of underground coal mines have increased by nearly a third since 2006, with federal mine inspectors focusing about equally on three main types of mining hazards.

An NPR analysis of nearly 80,000 citations written last year found that an accumulation of combustible coal dust was the most frequently cited violation overall, accounting for more than one in 10 citations.

Ventilation problems, fire and coal-dust hazards and electrical problems each made up about a quarter of the violations federal regulators found in underground coal mines last year.

The analysis found that three categories of problems -- fire and coal dust issues; ventilation problems; and electrical issues -- each made up about a quarter of the violations found by inspectors nationwide.

"Most of our major disasters since 2001 have been related to mine ventilation and accumulations of explosive dust in the mine and problems that could be triggered by an electrical malfunction," says Jack Spadaro, a mining engineer and former head of the National Mine Safety and Health Academy. "So, I think it's reasonable to expect that the numbers of citations in those areas would be substantial, and about the same."

Inadequate ventilation in an underground mine can lead to a buildup of naturally occurring methane gas, which becomes explosive if there is enough of it in the air. Coal dust kicked into the air by an explosion can ignite and act as a kind of fuel. Sparks from all sorts of mining activities, as well as mines' complex electrical systems, can act as ignition sources.

So, mine ventilation issues, which are critical to running a safe coal mine, came to the fore quickly after a massive explosion at Massey Energy Co.'s Upper Big Branch mine killed 29 miners April 5.

Upper Big Branch had more than 100 violation citations just this year, including problems with ventilation plans.

In the weeks following the blast, mine workers told NPR reporters Howard Berkes and Frank Langfitt that Upper Big Branch was plagued with air flow problems. And earlier this month, NPR documented the disabling of a methane gas monitor at Upper Big Branch in February. Methane can reach explosive concentrations if ventilation is inadequate and a disabled monitor won't detect dangerous levels of the gas.

Chart: Safety Violations, By Mine

Massey has said the monitor bypass was not improper.

Investigators looking into the Upper Big Branch disaster haven't yet determined its cause.

Nonetheless, shortly after the explosion, the federal Mine Safety and Health Administration, known as MSHA, lashed out at Massey, issuing a report saying Upper Big Branch and other company mines had a history of serious safety violations.

In that same briefing paper for President Obama, the agency pointed to methane and coal dust as typical elements in explosions like the one at Upper Big Branch.

Massey, a publicly traded company answerable to stockholders, has maintained that it does not put coal production goals ahead of safety, even commissioning a survey of its miners.

At the same time, the company has clashed with regulators since the blast, challenging MSHA's conduct of the investigation, and suing the agency over its regulation of mine ventilation plans.

The agency is four years into a more aggressive focus on mine inspections -- adopted after 12 miners died in an explosion at the Sago Mine and a fire at Massey Energy's Aracoma Alma Mine killed two miners. Both accidents happened in West Virginia, in January 2006.

The agency already has the authority to close a mine or a section of mine for imminent harm. The management of the agency needs to make it clear to the inspectors that they have that authority, and they haven't done that.

Jack Spadaro, mining engineer and former head of the National Mine Safety and Health Academy

In the following year, MSHA hired more than 270 new mine inspectors so the agency could perform a required four inspections per year of underground mines.

"That's when they started emphasizing more the ventilation plans that each company files with MSHA," says Bruce Dial, a mining safety consultant and former mine inspector. "So that's why the number of citations has gone up rather significantly."

And while regulators did increase inspections, a Department of Labor audit released in March 2010 found several problems with the way MSHA trains inspectors -- including a charge that some mine inspectors were not getting adequate training.

Spadaro says he believes mine inspectors are doing their jobs, and aim to keep miners safe. But, he says, MSHA has not used its authority to close unsafe mines until problems are corrected.

"The agency already has the authority to close a mine or a section of mine for imminent harm. The management of the agency needs to make it clear to the inspectors that they have that authority, and they haven't done that."

MSHA did not respond to several NPR requests to discuss patterns of violations in underground coal mines.

Some mining experts believe ventilation problems will continue to threaten the lives of miners, especially as mines become more productive. 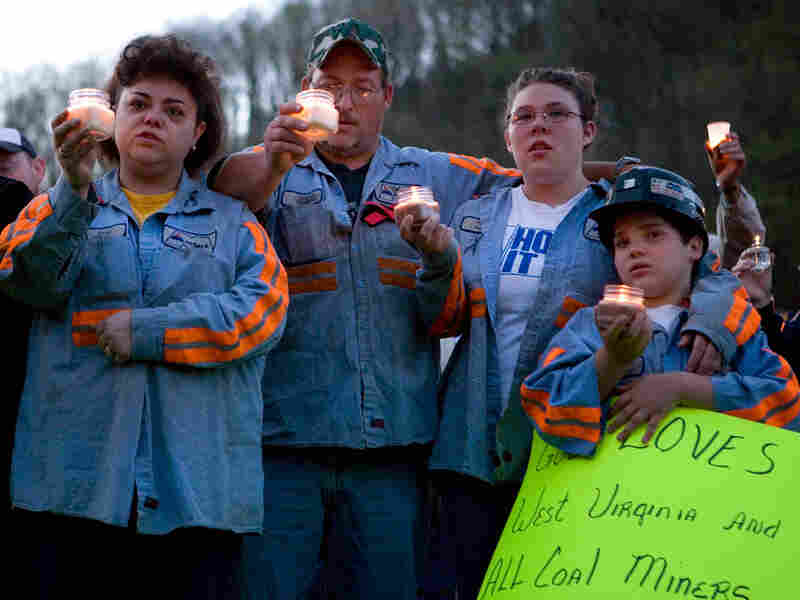 Says Dial: "You have to travel two or three miles in some of these larger coal mines to get back to where they're mining the coal.

"You have to make sure that the ventilation or the air travels that two or three miles. It's much more difficult, much more complex, to set up a ventilation plan on some of these mines."

About one in 20 citations last year specifically concerned mines' ventilation plans -- detailed strategies that mine operators must develop to keep fresh air moving through underground passages.

Also notable in the NPR analysis was another well known hazard of underground mining -- maintaining strong structures such as a mine's underground roof. Such problems made up about 10 percent of the citations last year.

MSHA said in a statement last month that roof falls "continue to be a leading cause of coal mining fatalities." The agency says 69 miners have died from roof falls since 2000.