Accessibility links
'Cookbook Collector': Updated Austen Hits The Spot Contemporary authors have a habit of lazily shoplifting plots and characters from 19th-century fiction — especially the works of Jane Austen. But even though Allegra Goodman's latest novel, The Cookbook Collector, is a modern riff on Sense and Sensibility, her homage quickly comes to have a glorious life of its own. 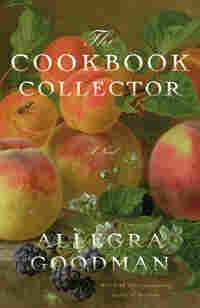 There's a luscious party scene about two-thirds of the way through The Cookbook Collector in which a group of young-ish, very clever people gather in an exquisite mansion in Northern California. Champagne and strawberries are served, and the afternoon light turns golden as the day wanes. That scene, for me, captures the overall mood and appeal of Allegra Goodman's new novel: It's shimmering and astute and a little melancholy. In short, it's a midsummer's dream of a novel -- there's even a nearby enchanted forest thrown in (in this case, filled with giant California redwoods rather than Arden's ferns and faeries.)

The Cookbook Collector is about all kinds of appetites -- for love, and sex, and God and money, and, of course, food. The story revolves around two sisters: Jess, a beautiful 23-year-old graduate student in philosophy, hops impulsively from passion to passion. In contrast, we're told that Jess's older sister, Emily, is "possessed of a serene rationality." At only 28, Emily is the multimillionaire CEO of a dot-com startup. If that flighty sister vs. level-headed sister premise sounds familiar, it should. Goodman herself has called her latest novel "A Sense and Sensibility for the Digital Age." I confess, if anyone other than Allegra Goodman had made that claim, I very likely would have tossed my review copy away. I am very weary of the literary fad of contemporary authors shoplifting plots and characters from the 19th-century fiction warehouse. Poor Jane Austen, in particular, has been plucked clean. If you don't know what I'm talking about, check out your local bookstore where you'll find the latest violations, Pride and Prejudice and Zombies and Sense and Sensibility and Sea Monsters. Is there no shame? 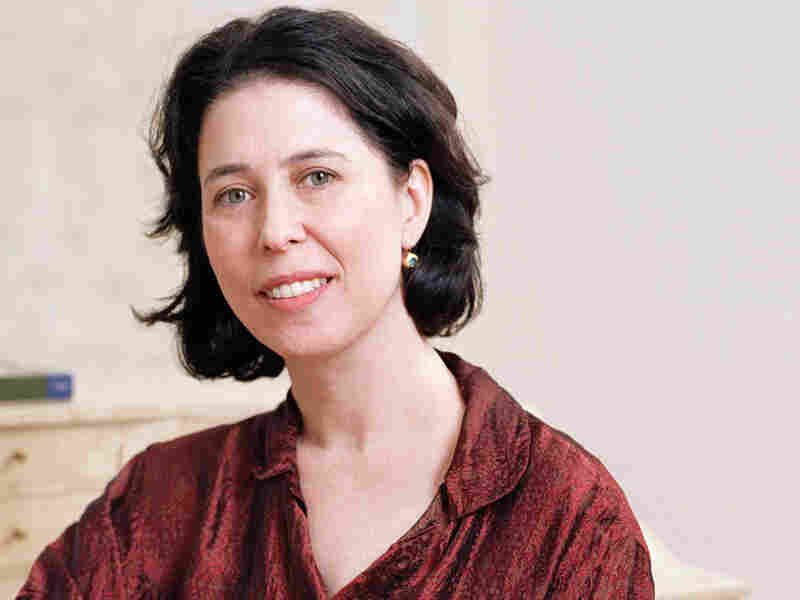 Allegra Goodman's previous novels include Paradise Park, Intuition and The Other Side of the Island. hide caption 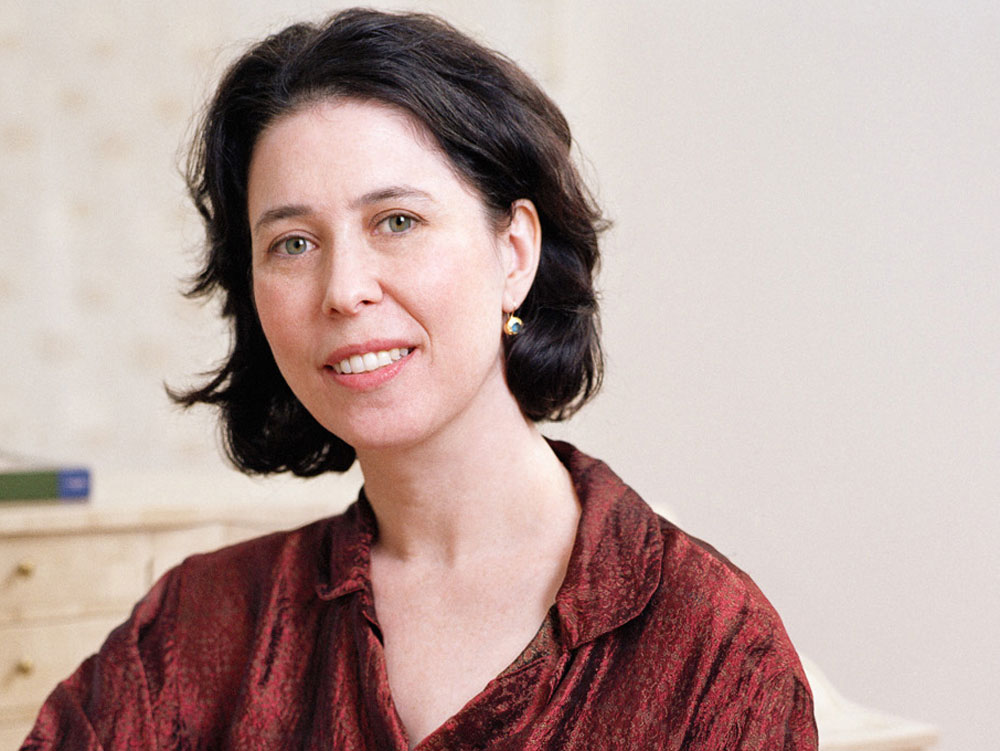 Allegra Goodman's previous novels include Paradise Park, Intuition and The Other Side of the Island.

But Goodman, as she always does, makes a believer out of this skeptic. Goodman says of one of her characters, a brilliant computer programmer, that "he had an acquisitive intelligence, and when he appropriated an idea, he improved it, until his own version ... obliterated its source." Of course, I wouldn't go that insanely far in praising Goodman's update of Austen, but I will say that this homage quickly comes to have a glorious life of its own.

Jess, the faint reincarnation of impulsive Marianne Dashwood, bicycles around the Berkeley of the 1990s (when the novel is set), flitting from philosophy to veganism to tree saving. When Jess begins working part-time at a used and rare bookstore called Yorick's, run by a wealthy, single, middle-aged man called George, we Austen-savvy readers anticipate that wedding bells may eventually ring. But not before fresh complications ensue -- especially because Jess is already involved with a charismatic radical environmentalist. Here's George musing resentfully at the sight of Jess and her hipster boyfriend: "Why was it [George asked himself] that the youngest, most innocent-looking women consorted with the creepiest men? Their boyfriends were not boys or friends at all, but shadowy familiars: bears, wolfhounds, panthers."

George himself has buried his own animal appetites in books, although Jess' entry into his life -- and the incursion of the Internet into the book trade -- is making George rethink his monastic ways and the all-too-rare pleasures of reuniting a customer with a long-sought-after copy of, say, Zen and the Art of Motorcycle Maintenance.

Goodman's nimble language, usually displayed in her characters' sharp readings of one another, is one of the great pleasures of her writing. The other is her ability to integrate serious metaphysical questions into her entertaining comedies of manners. The way in which The Cookbook Collector ultimately veers off from a mere riff on Sense and Sensibility raises crucial doubts about the value of a well-ordered life, as well as the existence of a benevolent God. In Austen's original, Elinor, the practical one, was rewarded for having two feet on the ground. That was the late Enlightenment talking through Austen. But here, in Goodman, Modernity pulls the rug out from under Emily's feet.

Yorick's was not always the kind of adventure George wanted. Good help proved elusive. Graduate students, budding novelists, future screenwriters, manic-depressive book thieves -- he'd seen them all. With a kind of gallows humor he had printed up a questionnaire that he distributed to those seeking employment. When Jess had turned up, inquiring about a part-time job, he showed her the dark crammed store, the thicket of history, philosophy, and literary criticism in the center, fiction all along the walls and trailing into the back room where random stacks cluttered the floor. Then he returned to his desk and handed her his printed list of questions.

"Could I borrow a pen?" Jess asked, after digging in her backpack and turning up a handful of change and a warped chocolate bar. She was young. She had the clear- eyed beauty of a girl who still believed that, as they used to say, she could be anything she wanted to be. Of course she would not consider herself a girl. The word was offensive, but she had a girl's body, delicate shoulders, and fine arms, and like a girl, she had no idea how fresh she looked.

George handed Jess a black ballpoint, and she took the questionnaire and filled it out right on the other side of his desk. He tried not to stare, although she was leaning over. Casting his eyes down, he resisted the impulse to turn up the sleeve covering her writing hand.

When Jess finished, she returned the questionnaire and waited, expecting George to read her answers right away. He ignored her. When she hovered longer he said, "Give me a couple of days and I'll call you."

But he read the completed questionnaire as soon as she left.

2. Are you a convicted felon? No

3. Are you an unconvicted felon? Not to my knowledge

4. Are you currently taking or dealing illegal drugs? No

5. Are you sure? Pretty sure

6. Circle one. A bookstore is: a meeting place, a mating place, a research room, a library, or a STORE, as the name suggests. Store for convicted felons?

7. Circle one. It's acceptable to wear earphones or use cell phones or notebook computers at work: rarely, sometimes, if I am daytrading, NEVER. Own none of the above

8. Circle one. It's acceptable to take money from the register: rarely, sometimes, if I really need to pay my dealer, NEVER. Wow, sounds like you've been burned. Sorry!

9. Short answer: No more than three sentences, please. Why do you want to work here? I want to work here because I really need the money for day-trading (just kidding). I love books and am well qualified to talk about them if you need someone knowledgeable. You have a great philosophy section, and as I mentioned, I am a grad student in philosophy.

10. Why in your opinion is this store named Yorick's? Hmm. I think this is a trick question. You want us to say because of "Alas, poor Yorick" in "Hamlet," but I can tell from looking at you that you are one of those guys who reads "Tristram Shandy" over and over again, so I'm guessing you named the store after Parson Yorick in the novel.

George read this last answer twice. The phrase one of those guys chafed. Was she saying he was simply an esoteric type? He fancied himself original, and he was miffed, or thought maybe he should be, for although he had a sense of humor, he exercised it primarily at others' expense. He found Jess a little flip, but she seemed sane, an unlikely arsonist. She'd do. 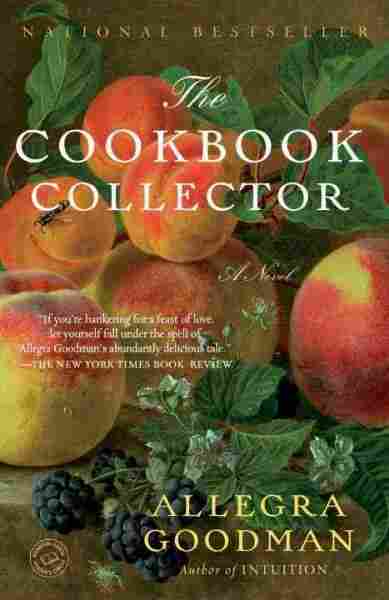