Accessibility links
Holocaust Survivors Blast French Rail's U.S. Pursuits A subsidiary of the French national railway, SNCF, took over operation of a commuter train in Virginia this month and has its sights on a contract in California. The railway transported some 75,000 Jews to death camps during World War II, and survivors say the company has not made amends. 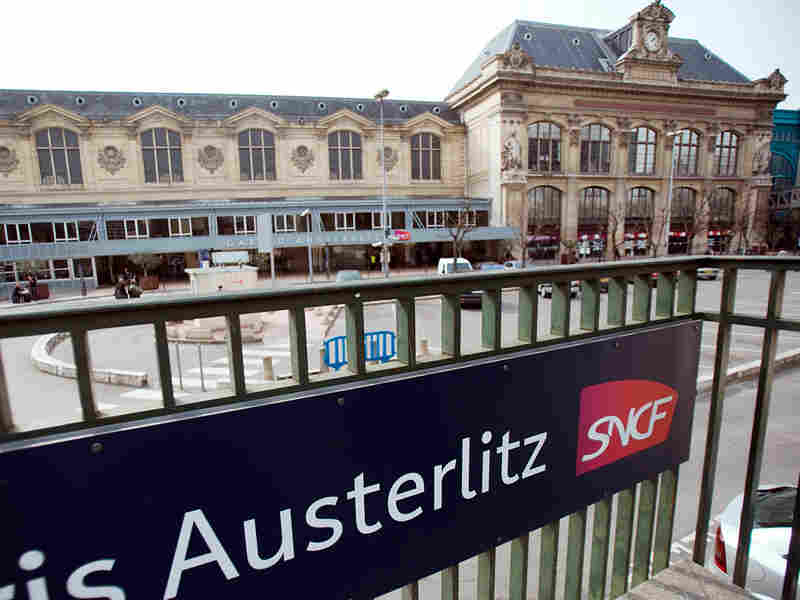 SNCF operates the Austerlitz train station in Paris, where thousands of Jews passed through on their way to internment and concentration camps during World War II. Loic Venance/AFP/Getty Images hide caption 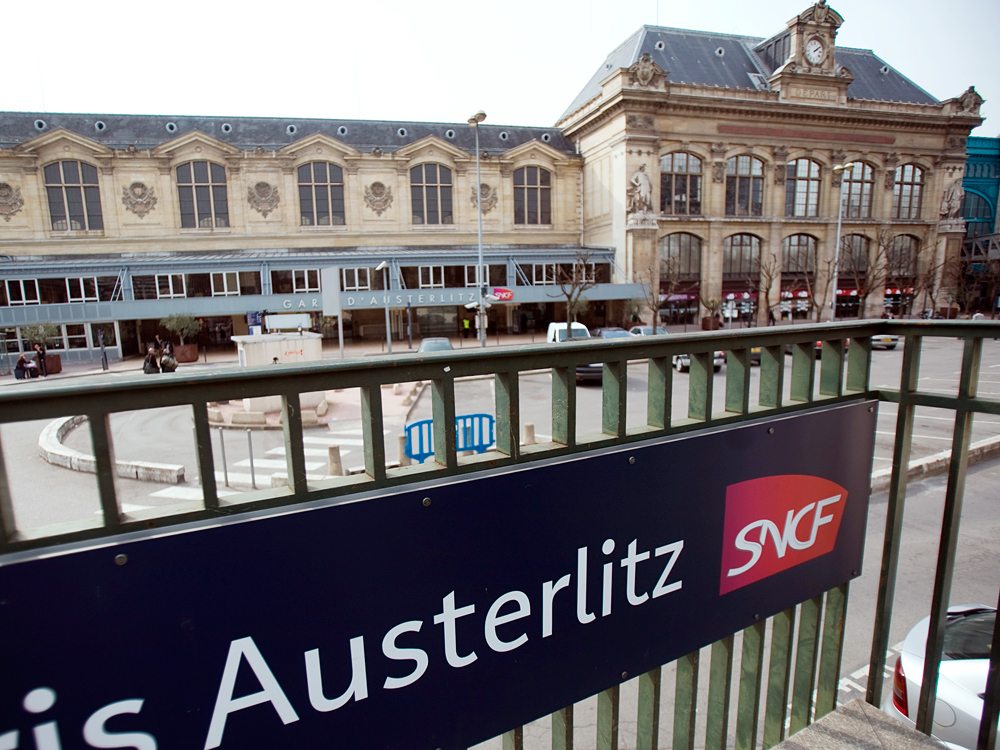 SNCF operates the Austerlitz train station in Paris, where thousands of Jews passed through on their way to internment and concentration camps during World War II.

Holocaust survivors have long taken aim at the French national railway, which transported some 75,000 Jews to death camps during World War II. And now they're asking a court to stop the company from running trains in the U.S.

Sitting in his living room in Baltimore, Leo Brethol, 89, flips through a heavy, well-warn book that contains the names of Jews deported from Nazi-occupied France to almost certain death in camps in Eastern Europe.

He points to a spot and continues, "Leo Bretholz, born on the 6th of March '21 in Vienna. See it? Right here. Black and white."

The train, carrying 1,000 people packed in freight cars, was on its way to Auschwitz.

Bretholz was one of a handful of people in the convoy to survive the Holocaust. He and a friend managed to pry open the window bars and leap from the moving car.

"At that time, the trains were SNCF, yes," Bretholz says. "This was the Societe Nacional de Chemins de Fer Francais."

Bretholz and about 300 other survivors are suing SNCF for damages in a New York court, arguing that the railway was complicit in the murders carried out by the Nazis during World War II. They also argue the company should not be allowed to run U.S. train lines like a commuter rail its subsidiary took over this month in Northern Virginia.

The subsidiary, Keolis America, out-bid Amtrak for the contract to operate the Virginia Railway Express.

Keolis president Steve Townsend says he thinks it's a stretch to link his company to the Holocaust.

"The issue for me is completely new," Townsend says. "I'm not a historian, nor [am I really] an expert at all in SNCF's history."

Michael Marrus, a historian and University of Toronto professor, has written extensively about the Holocaust in France. He agrees with Townsend that SNCF and its subsidiary shouldn't be punished today for what happened 70 years ago.

"When the deportees reached Paris, they were taken on a bus, so what about the bus companies?" Marrus asks. "What about the companies that supplied the petrol for the buses?"

Bretholz says the French government never fessed up to this involvement.

"This is what parents ask of their kids when they do something wrong," he says. "They say you have to admit that you did wrong. You teach that to kids."

But, Marrus says, the French government and SNCF have come to terms with their past. In the 1990s, the government began paying reparations, and the train company opened its books.

Bretholz says he did receive a small payment for time in a forced labor camp, but he never received an apology.

In Washington, D.C., commuters waiting for the Virginia Railway Express are mostly unaware of the train's link to the Holocaust. But some, like Danny Hambrick, say they find the connection troubling.

"As to whether I'll keep riding now that you told me that," he says, "now I don't want to. But I think until I figure out a better alternative, I probably have to keep going."

The SNCF subsidiary is also bidding on two commuter lines in Maryland. There's also a chance it could win one of the biggest rail contracts in U.S. history -- California's $42 billion high-speed train, which will link San Francisco and San Diego.