Accessibility links
Book Review: 'The Jokers' by Albert Cossery - 'Seething Anger Masked By Satire In 'The Jokers' First published in 1964 as La violence et la derision, Albert Cossery's The Jokers is light in tone. But underlying its ridiculous set-up and playful nature are dissent and rage — a railing against the idea of an intractable political fate. The Jokers is Cossery's sixth book to be translated from French to English.

Seething Anger Masked By Satire In 'The Jokers'

Seething Anger Masked By Satire In 'The Jokers' 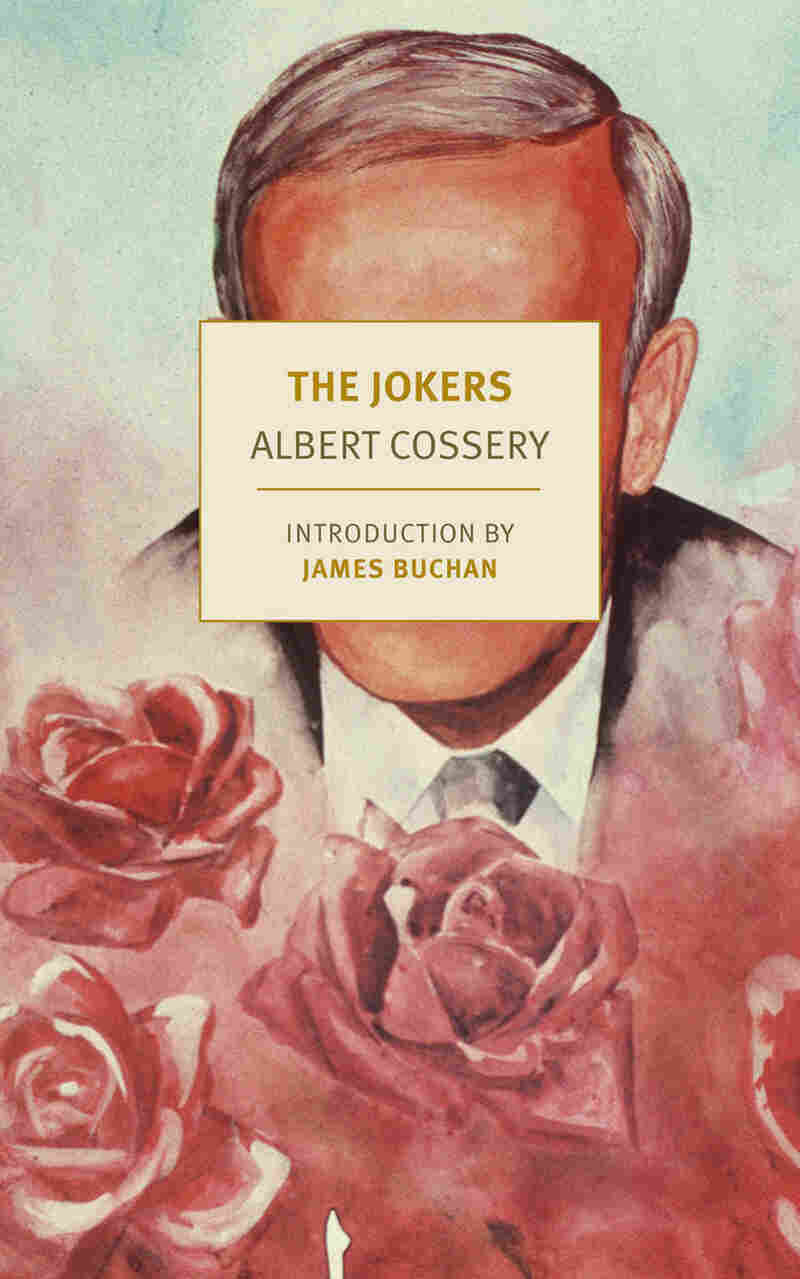 Great political movements start from the ground up. A group of citizens, faced with a government they find corrupt or unethical, take to the streets and march through their cities, sowing grassroots dissent through speech, writing, discussion and art. Great rabblerousers have shifted the direction of nations because of a firmly held conviction that the prescribed route is simply wrong.

But what do you do when one corrupt government is followed by another far worse, when there is no hope of ever seeing a sane, reasonable person in a position of power? If you're a character in The Jokers, Albert Cossery's satiric sixth book to be translated from French to English, you match the absurdity of the political situation with absurdity of your own.

Practical joker Heykal outlines the two tenets of his philosophy early in the novel, which is set in a fictional Middle Eastern nation: "Number one is that the world we live in is governed by the most revolting bunch of crooks ever to defile the soil of this planet ... Number two is that you must never take them seriously, which is exactly what they want." 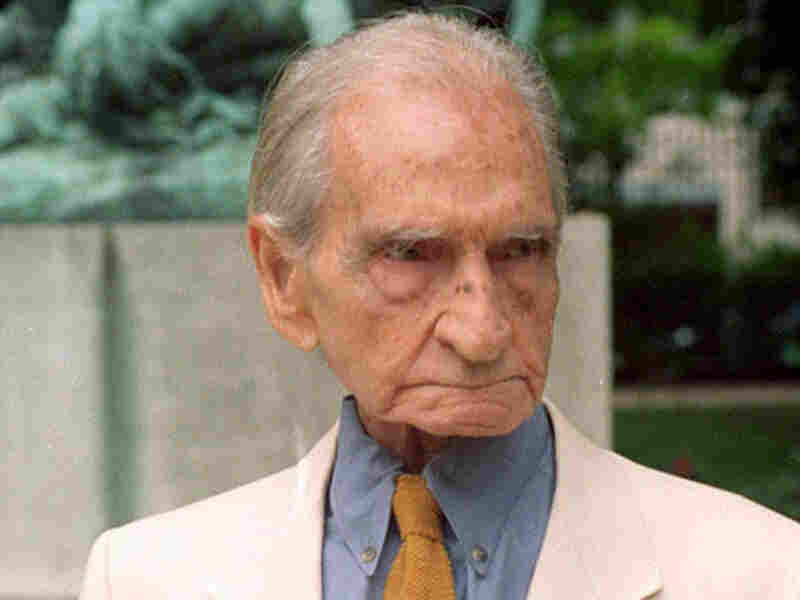 Albert Cossery is the author of many novels, including Men God Forgot and The House of Certain Death. He died in June 2008. hide caption 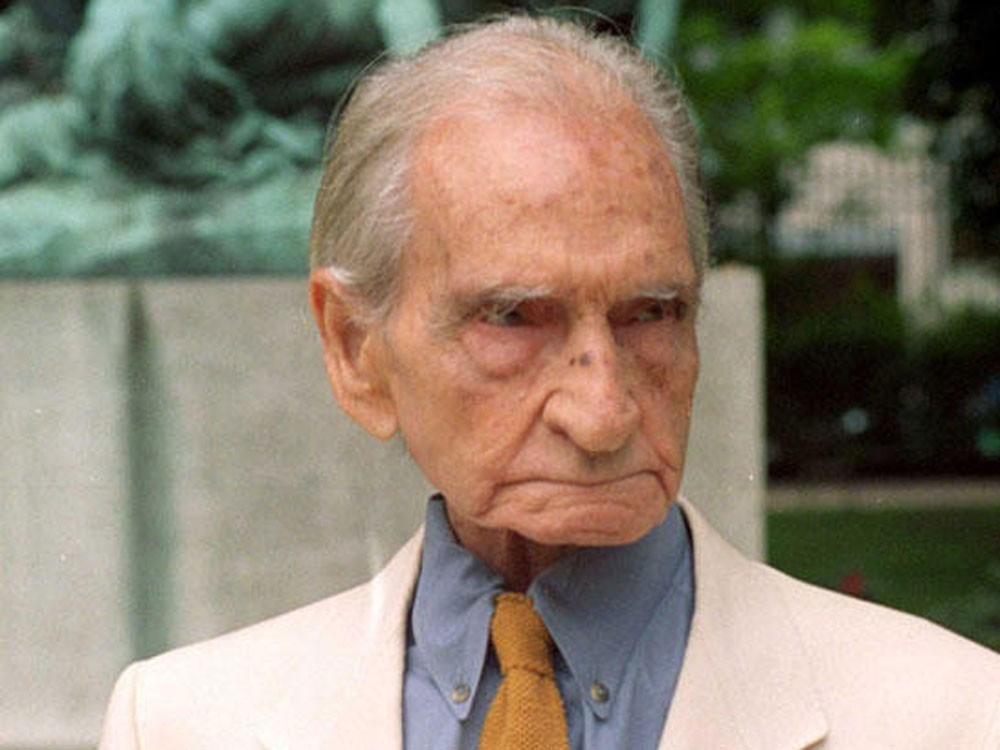 Albert Cossery is the author of many novels, including Men God Forgot and The House of Certain Death. He died in June 2008.

Simply keeping their heads down and living their lives is not an option for the men in The Jokers -- they must do something to rebel and voice their frustrations. Because dissent is outlawed, Heykal and his friends devise a campaign not of disapproval but of approval: they design posters praising the governor in the most highfalutin' prose they can muster, and paper the city with them. While Heykal's adherents hope that the citizenry will believe this appalling rhetoric to be the governor's own self-serving hype and react in revolt, they are simultaneously suspicious of Heykal's true intentions. In Cossery's world, jokers abound on both sides of the political divide.

Cossery was born and raised in Egypt, until, at 17, he left for Paris, where he wrote until his death in 2008, at age 94. The Jokers, first published in 1964 as La violence et la derision, is light in tone, but underlying its ridiculous set-up and playful nature is a seething anger, a railing against the idea of an intractable political fate. Heykal may vow not to take his government seriously, but Cossery's own act of dissent has ferocious bite.

The day promised to be exceptionally torrid. The policeman, who had just taken up his position at the city's most distinguished intersection, suddenly felt that he had fallen prey to a mirage. It had to be the sweat pouring down his gloomy features, making him resemble a designated mourner in the midst of a funeral service, that was interfering with his vision; he blinked several times, as if to remedy his defective eyesight and get a sharper perspective on things, but this feeble effort was to no avail. So he pulled a red-and-white-checkered handkerchief -- as coarse and dirty as a dishrag -- from his pocket and mopped his face vigorously. Having thus clarified his view of the world (at least for a moment), he turned his gaze on the mirage -- and received a shock. For what he saw -- insofar as he could make out anything distinctly -- was a beggar, a finer specimen than he'd seen in a long time, lounging comfortably at the corner of a brand-new, quite splendid building, one that contained a bank and a jeweler, no less: two aspects, in other words, of a universal metaphysical order that demanded immediate protection from the rabble. As if driven by murderous rage, the policeman shoved the handkerchief back into his pocket and, blinking continually so as not to lose the benefit of his newfound sight, lunged straight at the impudent wretch. Orders had gone out a month ago: the city must be liberated from the lowlifes that had taken to swarming like ants at a picnic in even the most respectable streets. This was one of many directives that the new governor -- a man bursting with bold initiatives -- had issued, and admittedly, it was the most difficult to carry out. The new governor's ambition was to clean up the streets and protect them from any further blots upon their honor; he talked about streets as if they were people. So, after the prostitutes, the street vendors, the cigarette-butt collectors, and other minor scofflaws, he had set his sights on the beggars, a peaceful race with such deep roots in the soil that no presumptive conqueror before him had ever succeeded in exterminating it. It was as if he wanted to disburden the desert of its sand.

So the policeman, this zealous servant of a mighty state, threw himself at the beggar (whose very serenity was a kind of provocation), roundly berating him according to rules of a time-tested art. But the beggar failed to react to these insults, murderous though they were. He was an old man, hideously wrinkled, with a gray beard that swallowed up the whole of his face and a head that vanished under an enormous turban. His eyes were closed, and the thick black circles under them gave him an epicene appearance altogether unusual for a bum. What's more, he was dressed in a fanciful multi-colored outfit better suited to a street acrobat than to a man in his condition. This eccentric old man, the ancestor of his eternally persecuted race, seemed sunk in a deep sleep that even the deafening roar of the countless cars fighting through the intersection could not disturb. At last, realizing the futility of his insults and orders, the cop gave the bum a kick, and then another kick, to knock him out of his infuriating inertia. He was just about to kick him again when he saw the beggar abandon his initial position and slump to the ground, where he assumed the proud and thoroughly disdainful attitude of the dead. For a moment, the policeman thought he'd killed him and was seized with panic at the thought of having lost his prey. A dead beggar was worth less than nothing; it might even get him fired. He needed this bum to be alive. Bending over the old man, he grabbed him by his turban, shaking him with savage fury in an attempt to bring him back to life. This action was both rash and irreparable: as if by magic, the beggar's head became detached from his neck and remained stuck to the turban, which the policeman continued to brandish in the air like a bloody trophy. The crowd of gawkers that had gathered around the two protagonists let out a collective cry of horror and spewed an indignant stream of outrage at the policeman, who, dropping his trophy, stared at the baying pack of dogs with the look of someone suffering from stomach cramps. It took awhile before the high spirits that had been excited by the morning carnage succumbed to the realization that it was all a hoax. What had at first appeared to be a genuine flesh-and-blood beggar was in fact only a dummy, ably made up by a skilled artist, that had been left out in this respectable neighborhood precisely in order to provoke the police. Far from calming the crowd, this discovery incited it to an opposite extreme; people began to snigger and sneer at the unfortunate cop, who stood there stunned. Faced with this jeering mob, their jibes piercing his uniform like so many darts, the poor man took up his regulation whistle and let out a series of shrill blasts in the hopes of attracting some of his more courageous colleagues from nearby patrols. But his summons went unheard, and in any case the crowd was already dispersing, having had its fun for the day. People returned to their private difficulties and disappointments, each recounting the story in his own fashion, but always with the sense of gleeful malice that is felt on the street whenever some representative of authority is dealt a blow.

Excerpted from The Jokers by Albert Cossery. Copyright 2003 by Editions Gallimard, Paris. Translation copyright 2010 by Anna Moschovokis. Excerpted by permission of NYRB Classics. All rights reserved. 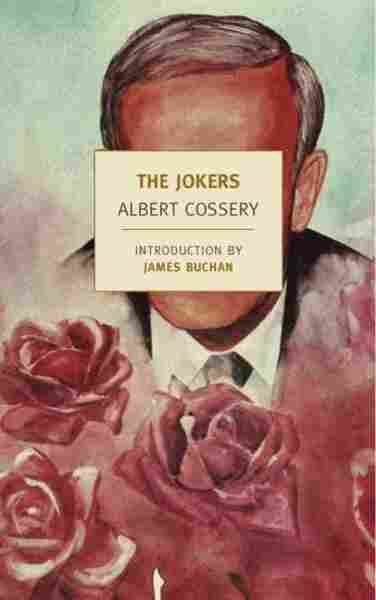