Accessibility links
Visit By Sudan's Bashir Puts Heat On Chad Defying an international warrant for his arrest, Sudanese President Omar al-Bashir has traveled to neighboring Chad. But there's no evidence Chad will attempt to turn Bashir over to the International Criminal Court, which hopes to try Bashir on charges of crimes against humanity and genocide. 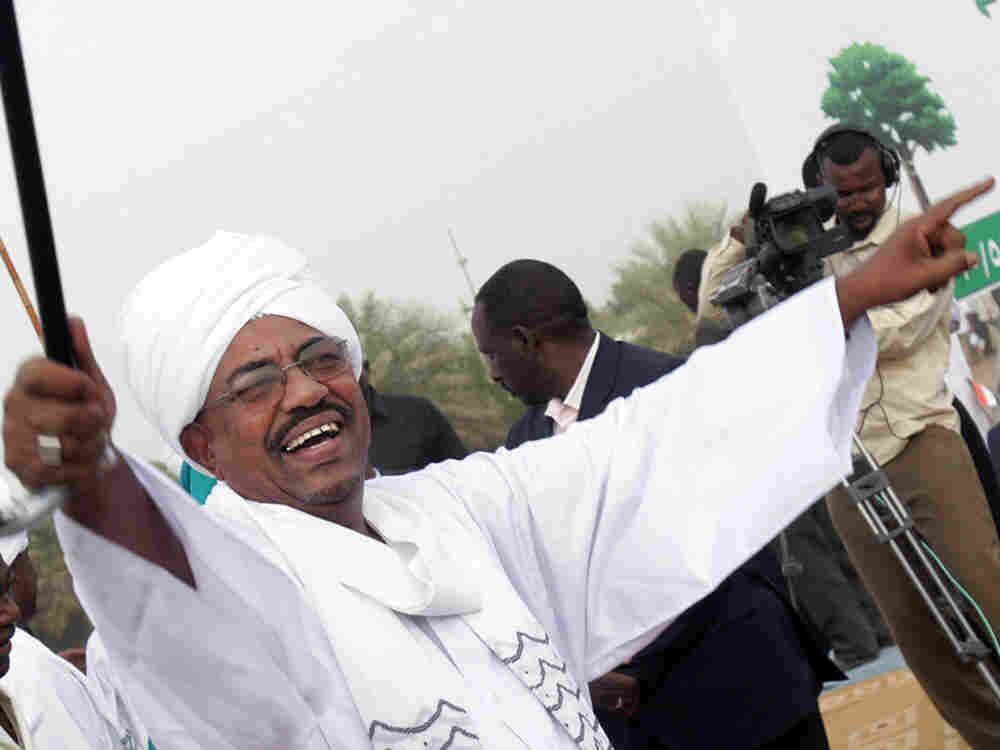 Sudanese President Omar al-Bashir greets his supporters during a rally in Khartoum on May 1. Abd Raouf/AP hide caption 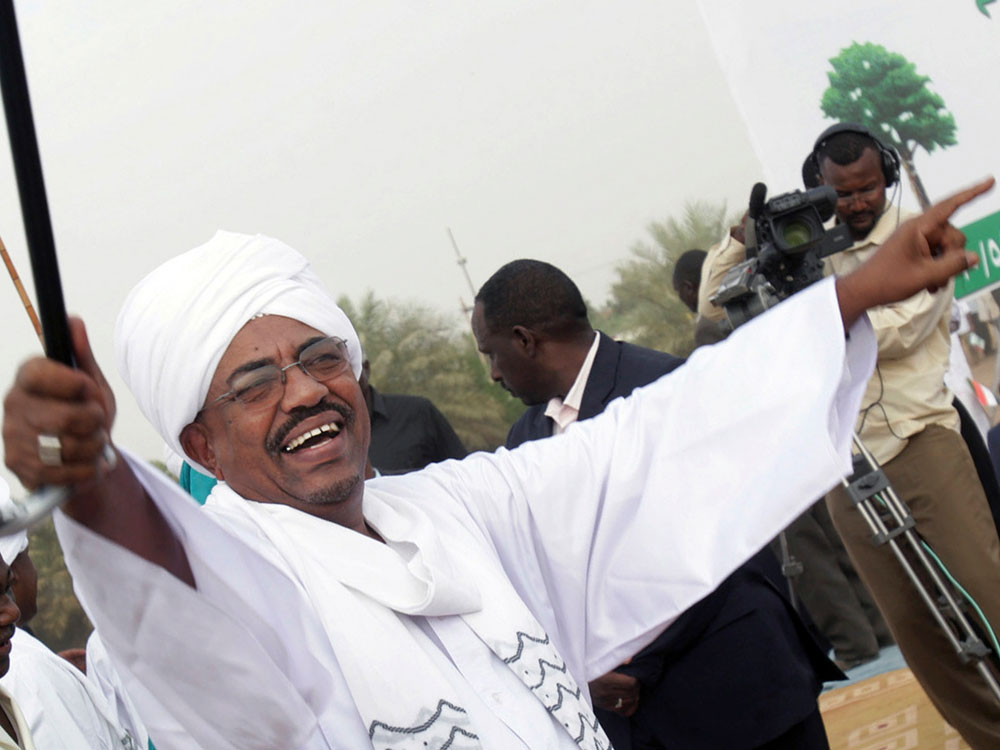 Sudanese President Omar al-Bashir greets his supporters during a rally in Khartoum on May 1.

Defying an international warrant for his arrest, Sudanese President Omar al-Bashir has traveled to neighboring Chad.

But Sudanese officials say they're confident Bashir -- charged with crimes against humanity and genocide -- won't be handed over to the International Criminal Court.

Sudan and Chad only recently normalized relations, and Chad's ambassador to the U.S., Mahamoud Bechir, says the Sudanese leader is an invited guest of his country and attending a regional conference.

It would be "immoral to invite your guest and surprise him by arrest warrant, so we will treat Bashir with dignity and with respect," Bechir told NPR.

Human rights activists are furious, calling on Chad to live up to its obligations as a member of the ICC.

"Chad is really distinguishing itself in a very unfortunate and frankly shameful way as the only and first ICC state party to harbor an alleged war criminal," says Elise Keppler, senior counsel with the International Justice Program at Human Rights Watch.

Earlier this month, the International Criminal Court added genocide to a list of charges against Bashir. Keppler says that by ignoring the warrants, "Chad is doing a disservice to its own reputation and its professed commitment to seeking redress for victims."

But Chad's ambassador notes that his country is not alone. The African Union passed a resolution last year encouraging members not to turn Bashir over to the ICC. Ambassador Bechir says Chad feels more obliged to the African Union than to the ICC. "We are Africans before everything," he emphasized.

State Department spokesman P.J. Crowley says he will leave it to Chad to explain why it is not arresting Bashir, signaling that the U.S. isn't doing much to put pressure on the Chadian government.

"Ultimately, President Bashir must present himself to the court and answer the charges that have been leveled against him," Crowley told reporters at the State Department on Wednesday.

The U.S. is not a member of the court, but has been among the most outspoken critics of the Sudanese government regarding atrocities in Darfur.

That puts the U.S. in a "strange position," according to at least one activist who has watched the situation closely.

John Prendergast, co-founder of the Enough Project, an advocacy group that raises awareness about genocide and crimes against humanity, sums it up this way:

"They've said we support justice and accountability for the genocide in Darfur, but they don't support the International Criminal Court, which is the only institution in the world that is trying to do something about the accountability and justice in Darfur."

Without its own police force, the ICC relies on countries to help bring suspects into custody.

Prendergast says that if Chad does nothing to bring Bashir to justice, the only hope is that the Sudanese leader will get overly confident and start to travel more.

"Every time he [Bashir] sets foot out of the country, he's going to be at risk," Prendergast says.

On the other hand, if Bashir travels safely in and out of Chad, that could simply underscore the weaknesses of the ICC, which has other outstanding arrest warrants related to the conflict in Darfur.