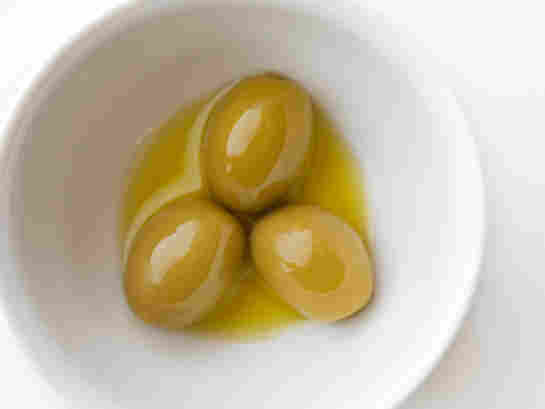 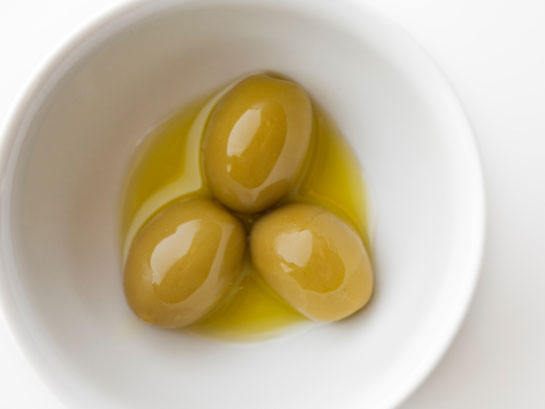 To be extra-virgin, olive oil can't be doctored with lesser oils.

The Olive Oil Chemistry Lab overlooks many of the 2,000 olive trees on the Davis campus.

"It's like we have our own CSI: Olive Oil lab here," says chemist Charles Shoemaker, who manages the lab's forensics.

To be extra-virgin, olive oil can't be rancid or doctored with lesser oils. Shoemaker wasn't all that surprised that many of the 14 major brands failed certain tests.

"It's become a very sophisticated practice, the adulteration of olive oil throughout the world," Shoemaker says. He says the lab can prove defects, degradation and dilution in olive oil beyond what human taste buds can figure out. The lab testing zeroes in on specific flaws.

"We do spectroscopic studies looking for oxidation," he says. That means the oil's old or spoiled. Shoemaker also tests fatty acids "to make sure the oil is all from olives and not from soybean, sunflower or other types of oil."

See How Your Olive Oil Rates

No molecule can hide. Shoemaker revs up a small vacuum that removes solvents and isolates chlorophyll, which is always in oil made from green olives, but never in lesser-grade seed oil. As it sucks a sample, he's patient.

"It takes about 25 minutes per sample to do just this one step," he says.

The UC-Davis study was funded in part by the California Olive Oil Council. Oils were tested by some methods not yet recognized by international standards. For that reason, Bob Bauer of the North American Olive Oil Association, which represents importers, disputes the Davis study.

"It's irresponsible to create the misperception that they've done based on unrecognized tests," he says. "These results directly contradict our 20 years of more extensive sampling than what those results show."

There's never been a legal definition in the U.S. for any grade of olive oil, but mounting concern over truth-in-olive-oil-labeling has drawn in the USDA, and new American regulations will conform to international standards. Starting in October, olive oil from every olive oil-producing country, including America, will be subject to random sampling off retail shelves.