Accessibility links
'Stardust' Based on Neil Gaiman's fantastical graphic-novel romance, Matthew Vaughn's film offers up a sprite-filled kingdom, a pair of literally star-crossed lovers, and a witch whose every spell causes her to age. Also Robert De Niro, as the occasionally cross-dressing Captain Shakespeare. 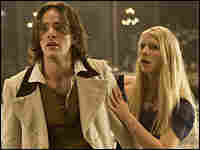 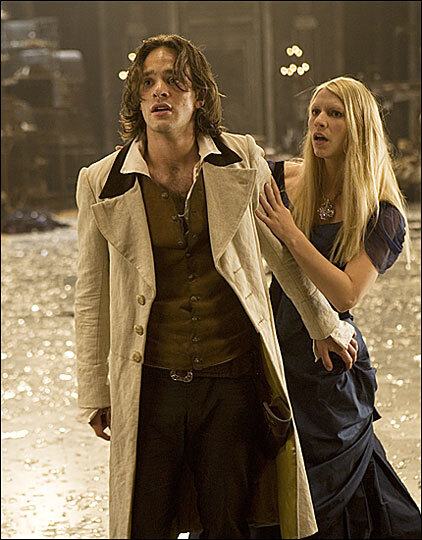 A fantastical romance from Neil Gaiman, a graphic novelist better known for fantasies of a more combative sort. With Stardust, he's invented a sprite-infested kingdom where witches battle princes for a chance at immortality, and upset that kingdom's balance of power by bringing together a pair of lovers who might legitimately be called star-crossed: One of them (Claire Danes) is an actual fallen star, the other (Charlie Cox) a barrier-crossing visitor from our own magic-challenged reality.

Neither of them is nearly as interesting as the folks they encounter. There's Lamia (Michelle Pfeiffer), a witch whose every spell causes her to age; Captain Shakespeare (Robert De Niro) a pirate who growls at his crew when he's not dressing en travesti; supercilious prince Secundus (Rupert Everett), who's funnier dead than alive; and Ferdy the Fence (Ricky Gervais), a scurrilously squawking merchant who doesn't know when to keep his mouth shut.

The special effects are indeed special in Matthew Vaughn's elaborate spectacle, and the screenplay's pretty hilarious, though it's hard to tell just what audience the film is aimed at. Tolkienites may find it a touch light, and it's probably not hip enough for the crowds that flocked to Knocked Up. For incurable romantics, though, it's just about right.