Accessibility links
TARP's Pay Czar Slams Bank Executives' Bonuses Kenneth Feinberg said excessive executive payouts that 17 large U.S. banks made while they were on government life support were "ill-advised." Some of the firms guaranteed payments regardless of performance. 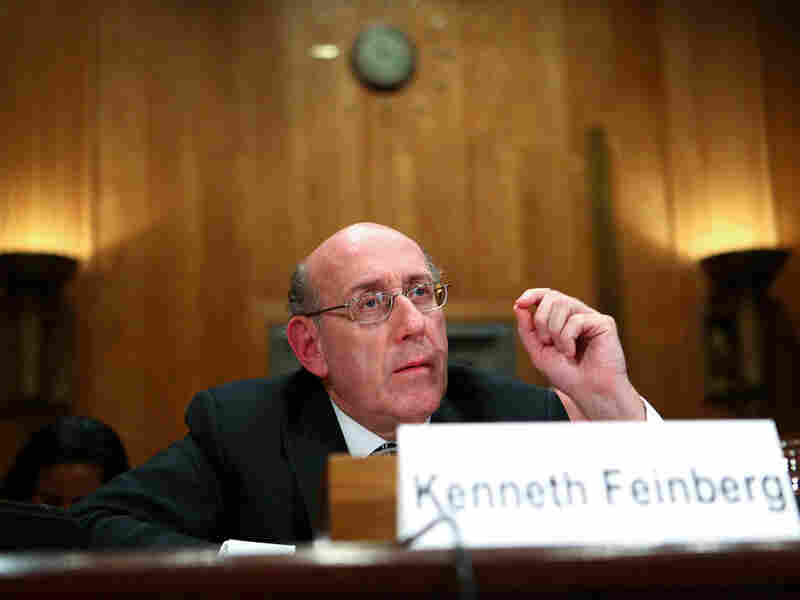 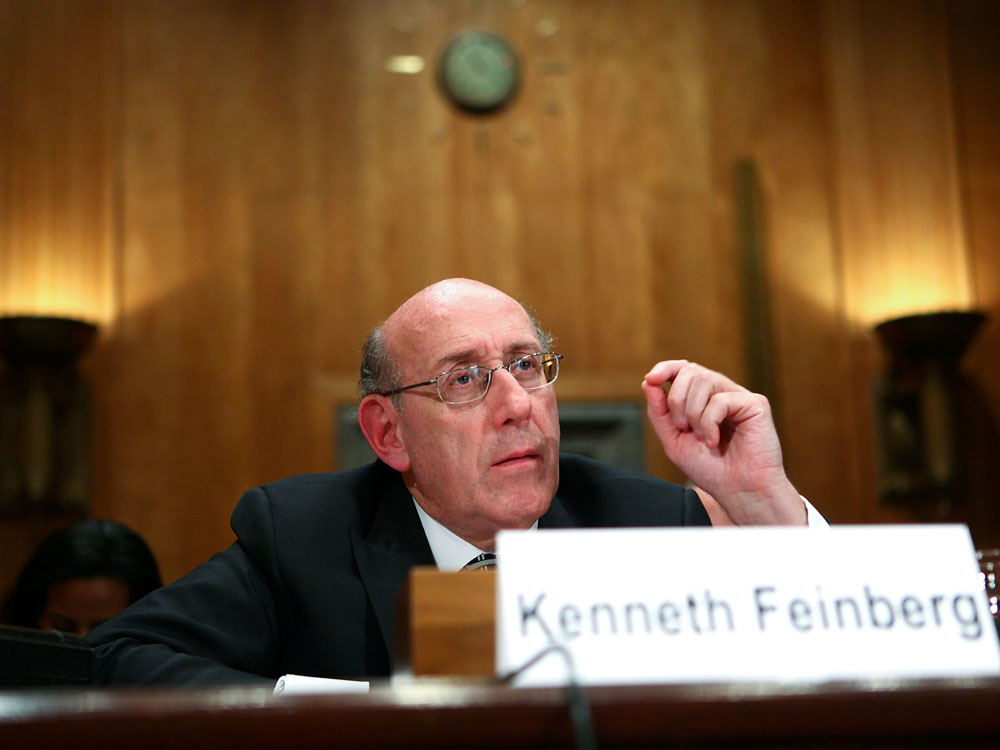 In the fall of 2008, with the financial system on the verge of collapse, 17 large banks that were being propped up by taxpayers doled out $1.6 billion in bonuses.

He said the payouts were "ill advised." But he also said he did not believe the payments were "contrary to the public interest," and he does not plan to ask the companies to pay the money back.

The 17 companies making the excessive bonus payments while on government life support included Citigroup, Goldman Sachs and Bank of America. Feinberg described the payments in an interview with NPR after he delivered his report on executive pay to the Treasury Department.

"Some of the payments ... many of them were over $10 million per individual, which were in our view ill-advised," Feinberg said.

The payments were also undeserved, he said. In many cases, Feinberg said, the bonuses were given based on no criteria or because a company "guaranteed it regardless of performance."

Sometimes the payments were because of a desire to give the executive a "lucrative severance package."

The 17 companies are all big banks that received billions of dollars in government support and were paying out bonuses in the depths of the financial crisis.

A Refund For Taxpayers?

So why isn't Feinberg demanding a refund for taxpayers?

"First, Congress didn't give me the power to do anything more than ask," Feinberg said. "I have no enforcement authority. Secondly, 11 of these 17 companies had already, at the time of my inquiry ... reimbursed the taxpayer."

Feinberg also said the companies had done nothing illegal. That's because these bonuses were handed out during the window between congressional approval of the $700 billion Troubled Asset Relief Program, or TARP, funds late in 2008, and the restrictions on compensation Congress passed early in 2009.

But Feinberg also decided against asking for a refund from the six firms that have not paid back the TARP. In the case of Citigroup, Feinberg defends that decision by pointing out the giant bank has paid back some of its TARP loans. In addition, Citigroup has largely overhauled its pay practices to meet government guidelines.

"I thought they'd already complied with our requests," Feinberg said.

'Contrary To The Public Interest'

Nicole Tichon, an expert on compensation issues with the U.S. Public Interest Research Group, said these bonuses for bankers were clearly contrary to the public interest. She said it's a shame Feinberg wasn't able to act more forcefully.

"His hands are somewhat tied in terms of statutorily what he could do," Tichon said. "But I don't think it's going to sit well with the average families and average taxpayers that while these people were bringing down the economy they were paying themselves these lavish bonuses."

This report is Feinberg's last as the so-called pay czar. He said he doesn't know whether he's had a lasting impact. Feinberg said he's more confident that the broad range of initiatives on pay from the Federal Reserve, the Securities and Exchange Commission and the new financial overhaul law could make a difference.

"I'd like to think that if you look at the entire menu, we've had an appreciable impact on pay going forward," he said.

Feinberg now moves on to his next endeavor -- presiding over the payouts for the $20 billion BP fund to compensate those affected by the massive Gulf oil spill.