Accessibility links
Daniel Schorr's Legacy: Speaking Truth To Power The prolific newsman, who died Friday at 93, exemplified the mission of bearing active witness to history -- in his case, the decades that chronicled America's rise after World War II. And he uncompromisingly stood up to authorities in the greatest traditions of American journalism. 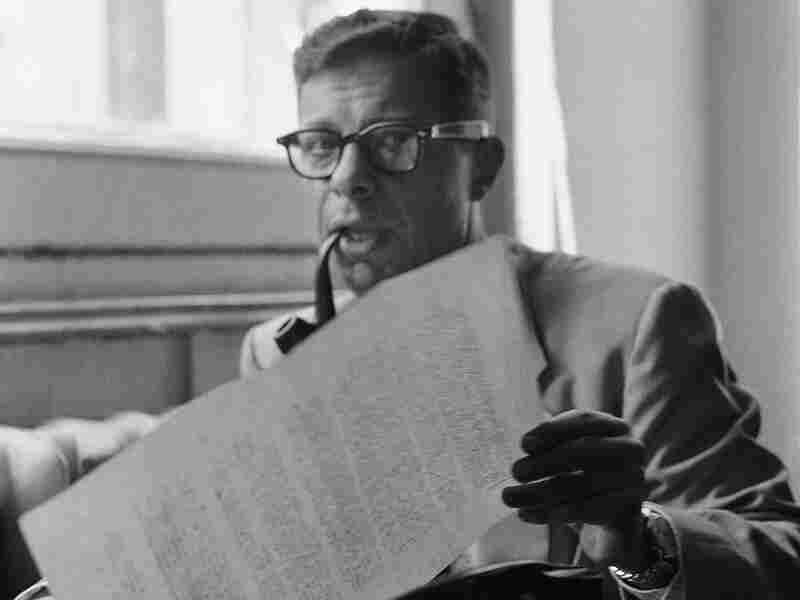 Daniel Schorr in 1957, as a television correspondent for CBS News. AP hide caption 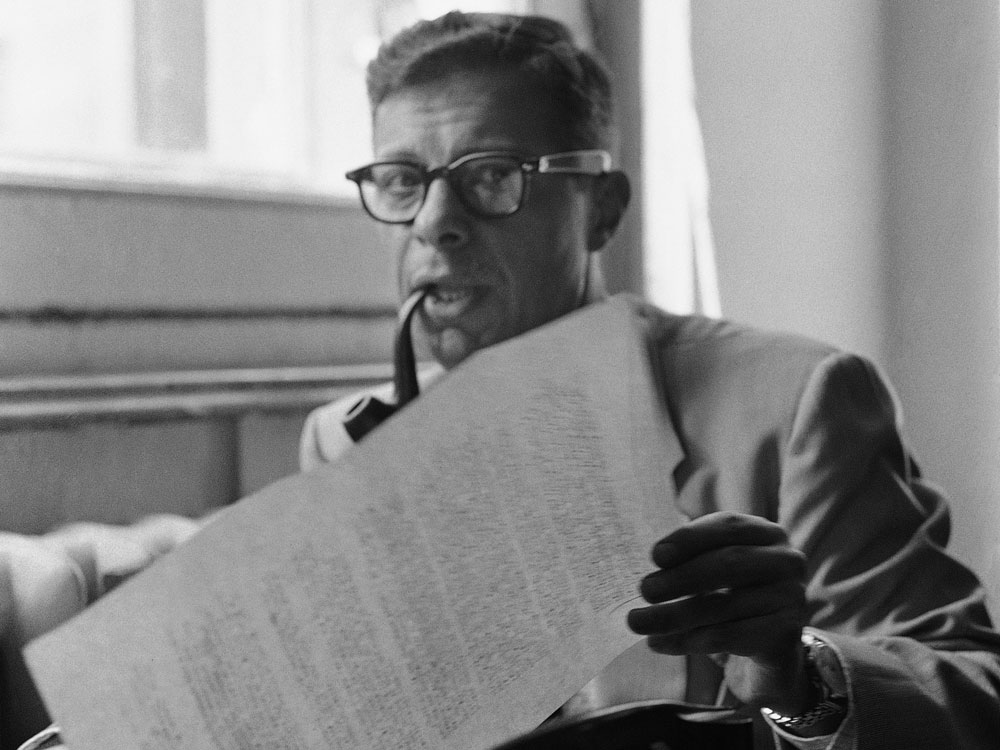 Daniel Schorr in 1957, as a television correspondent for CBS News.

He wasn't the most handsome, nor the most famous, of the dashing "Murrow Boys" of CBS News, the ones who defined ambitious broadcast journalism in the middle of the last century.

Nor was Daniel Schorr among the first. It took years of freelancing abroad, and even a brief try-out at The New York Times, before Schorr caught the attention of Edward R. Murrow and was hired by CBS in 1953.

But Schorr, who died Friday at 93, left two unquestionable journalistic legacies all his own.

First, he exemplified the mission of bearing active witness to history, in his case, the decades that chronicled America's rise after World War II. His reporting and interpretation of developments provided important insights for generations of readers, viewers and listeners.

He covered the Army-McCarthy hearings in 1954; a few years later, as Moscow bureau chief for CBS, Schorr won the first sit-down television interview with Soviet Premier Nikita Krushchev -- the first by a television news outlet from any country, including the U.S.S.R. He covered the Cold War from West Germany, too; and the Johnson administration's anti-poverty efforts when he returned to the U.S.; and, perhaps most famously, Watergate and the ensuing revelation of CIA abuses.

Schorr took a pride in his name's appearance on President Nixon's infamous "enemies list" that could not be underestimated. It served as a verbal talisman during his later appearances on NPR, particularly as he observed some parallels between the pushes for secrecy in the Nixon years and in the administration of President George W. Bush (especially as embodied by then-Vice President Richard B. Cheney).

Then, there is his second legacy: He uncompromisingly stood up to power.

Murrow famously tangled with network executives -- all the way up to CBS chairman William S. Paley himself. But to the outward observer, Schorr seemed as fearless as his mentor.

His first taste of corporate wariness at CBS arrived when he became Moscow bureau chief. As the late David Halberstam recounted the story in his opus The Powers That Be, Schorr was forced to be listed as a per-diem contractor rather than a full-time employee. The network's news president felt "it's too soon after the McCarthy red scare and the network blacklisting," Halberstam recounted, "to have a Moscow bureau officially entered in the CBS directory."

Schorr's coverage later so angered the Soviets that, after he returned stateside, he was not re-admitted to the country. President John F. Kennedy was said to have complained to CBS about his coverage from West Berlin, too, saying it was too sympathetic to the Germans.

He was not without controversy. In the early 1960s, Schorr's reporting suggested an amity between Sen. Barry Goldwater, the 1964 Republican presidential candidate, and right-wing political movements in Germany. Goldwater was outraged. Some conservatives hold that against Schorr to this day.

During the Nixon administration, Schorr and White House correspondent Dan Rather inspired White House tirades to CBS brass for their Watergate coverage. In 1975, Schorr covered what he called "son of Watergate" -- scandals involving the FBI and especially CIA assassination plots abroad. He obtained a secret report detailing some of these incidents and refused to divulge his sources -- despite his boss's demands and the threat of contempt of Congress charges. CBS had enough and took him off the air.

He departed CBS. When he joined CNN as a senior news analyst, he wrote a contract with founder Ted Turner that guaranteed him editorial control. He objected to being paired with former Texas governor and Nixon Treasury Secretary John Connally as analysts for CNN's coverage of the 1984 conventions, saying journalists should not be teamed with political figures. (It is a common cable television news practice today.) He would soon leave that network as well.

Our NPR colleague Peter Sagal, the host of the satiric show Wait Wait... Don't Tell Me, wrote in a tweet after the news of Schorr's death that he had once asked the legendary journalist to fake a news report for a gag on the show. "It would betray everything I stand for," Schorr replied, in Sagal's recollection.

Yet Schorr did not appear utterly impervious to appeals to his vanity; he made cameos as himself in such Hollywood thrillers as The Game and The Net. (One irony there was that Schorr did not himself take to the Web; assistants would print out e-mails from listeners so he could read them on paper.)

At NPR, where he once had been an occasional contributor, Schorr found a permanent second home and career in 1985. He interpreted the news rather than reporting from its front lines, with a perspective won from chasing stories across the globe.

Some critics of Schorr and NPR felt his analysis veered into opinion -- that he had a profoundly liberal take on the world that became more evident over time. He did not see it that way, telling others that he tried to present the world in all its complexity, aided by an understanding of the events he had witnessed over so many years.

Schorr's words would probably have seemed appropriate, however, to Murrow, a Cold War liberal who was something of a crusader in his documentaries and rare but powerful commentaries.

Schorr's involvement and close identification with NPR led to numerous awards and recognitions for both -- including the creation of a prize in his name for young public radio reporters. And Schorr's links to Murrow and the golden era of CBS News helped NPR make its case in recent years that it is the true home of serious broadcast journalism.

Schorr had been an unhappy child of Belarusian immigrants in the Bronx who found his calling as a schoolboy, calling in a tip to a local paper at the age of 12.

Eight decades later -- just two weeks ago -- Daniel Schorr walked his long-slowed walk into NPR's headquarters to tape his last remarks. At the age of 93, he was still broadcasting the values of the Murrow boys for all to hear.