Accessibility links
The Secret Town Fed By The Underground Railroad In the 1820s, freed and escaped slaves founded a village in central New Jersey called Timbuctoo. Descendants still live in the area and are helping Temple University archaeologists uncover the history.

In a 5-acre clearing in central New Jersey, half an hour south of Trenton, there's a hole about 6 feet deep and 15 feet across. Months ago, except for a few trees, the site was empty.

For decades, it was rumored to have been a stop on the Underground Railroad. Turns out it was. Now, Westampton Township has commissioned a geophysical survey and allowed Temple University archaeologists to do a thorough excavation. And they're finding that the freed and escaped slaves who made it here didn't just pass through -- they stayed.

The site was once a village called Timbuctoo. In the 1820s, freed and escaped blacks formed a self-sustaining town well before the Civil War and emancipation. Timbuctoo survived through the end of slavery in New Jersey, the Fugitive Slave Act and the Jim Crow era. The last families didn't leave until the 1950s. At its peak, Timbuctoo was home to more than 150 people.

The villagers weren't all escaped slaves from the South. Some were freed slaves from New Jersey, and a few immigrants and American Indians joined the community as well.

Researchers don't know if the name "Timbuctoo" was chosen by the blacks who founded the village or by the Quakers in the area, who most likely offered assistance to them.

On a scorching 100-degree July day, Patricia Markert of Temple University and about a dozen others are digging and cleaning the site.

Markert is standing near a gaping hole in the field, where a building once stood. Her team has carefully dug down layer by layer. Underground are several houses, roadways, the remains of a church and a school.

"So the first area that we really dug are these center bricks, the center of the eastern foundation that we see here," says Markert, as she points to buried rows of dirt-covered bricks. "We knew this was here based on the geophysical survey." 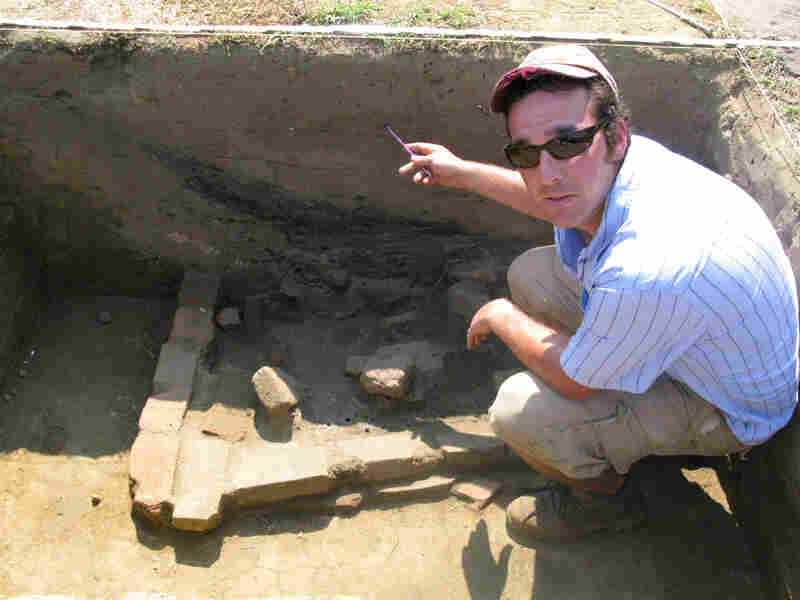 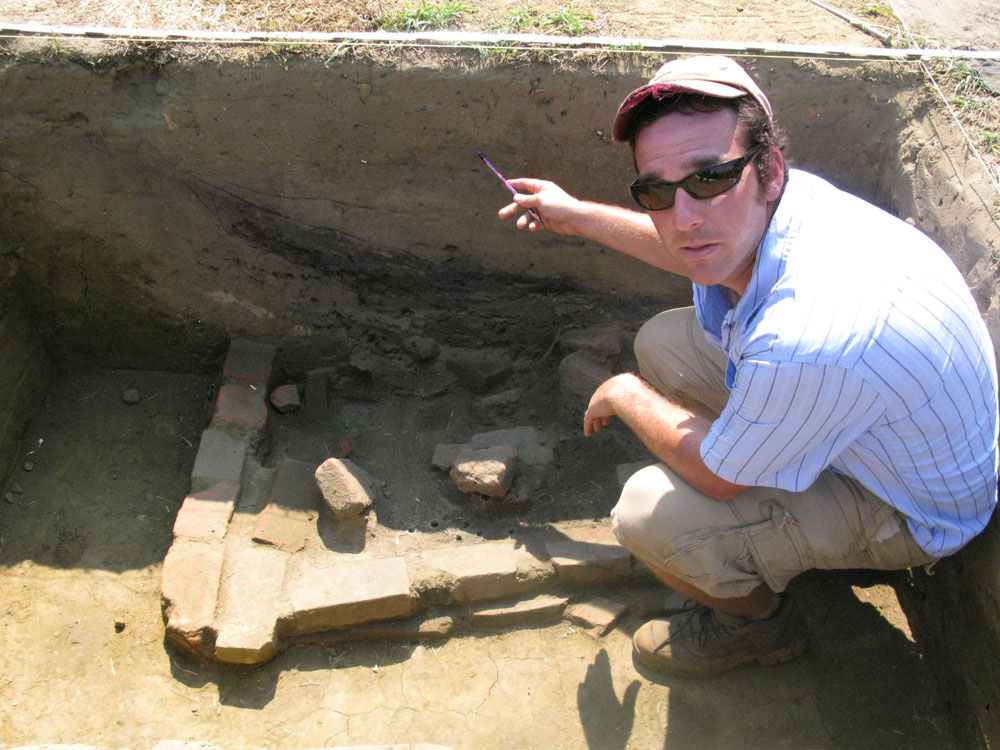 The bricks they've found are throwaways from the Quaker brickyard that used to operate down the road, where many Timbuctoo residents worked. The construction of the buried building isn't top-notch -- the residents did the best they could with what they had.

He says that every artifact recovered helps show the amazing tenacity of Timbuctoo residents. That tenacity was displayed by Timbuctoo residents in what's known as the Battle of Pine Swamp, when in 1860 the town rallied to protect a runaway slave named Perry Simmons from Southern bounty hunters.

A History In Bottles

About 40 feet from the excavation site, Markert rummages through an old white van. It's full of bottles, tools and toys dug up from the ground. The van is a temporary museum of sorts. Dozens of zip-lock bags sit where seats would be, full of categorized artifacts, waiting to go to Temple University for cleaning.

A lot of those artifacts are bottles for household products, like Listerine and Vaseline. What's notable is that most of the brand names on the bottles are national, because white-owned local stores rarely sold to the people of Timbuctoo. Residents often ordered supplies by mail, so vendors wouldn't know they were black.

One of the local volunteers, 75-year-old Mary Weston, lives just down the street. Since the dig began, she's been a fixture at the site.

"My great-great-great-grandfather actually purchased the land for, what was it, $38 dollars and 50 cents?" says Weston. He was one of the original inhabitants of Timbuctoo.

Weston has been collecting the history of her family and Timbuctoo. Inside her home, she shows off her favorite piece of Timbuctoo history.

"This is my family Bible. It was passed down to me from the 1800s," says Weston. "I keep it together with a belt, because ... I am determined that my children and my grandchildren will know a lot more about not only their family, but about their heritage, who they are, where they came from."

Back at the dig, Westampton Township's mayor, Sidney Camp, has arrived. He was instrumental in getting the dig started and frequently visited the clearing before he knew it was Timbuctoo:

"When I was having a bad day, I would come out here and just stand in the middle of this field, because it's so peaceful and so serene out here," says Camp. "To come out now and see what I've been standing over for so many years -- it's amazing. It's indescribable."