Accessibility links
Fresh Air Interview: Rev. Richard Cizik - 'Ousted Evangelical Reflects On Faith, Future' In December 2008, the Rev. Richard Cizik was forced to resign from his position in response to comments he made on Fresh Air in support of same-sex civil unions. He returns to the show to discuss how his life has changed -- and why he believes evangelicals need to change, too. 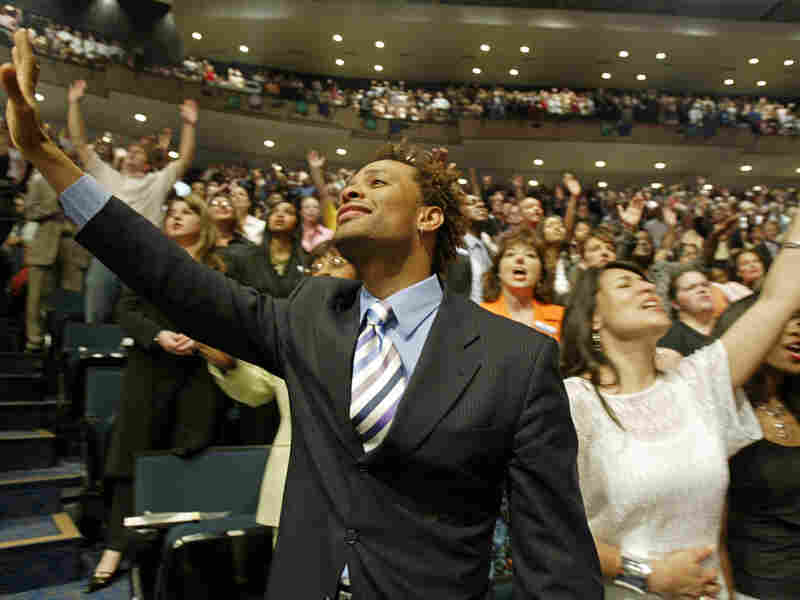 Members of the evangelical Lakewood Church in Houston worship at a prayer service in 2005. More than 45,000 churches across the U.S. are represented by the National Association of Evangelicals. Jessica Kourkounis/AP hide caption 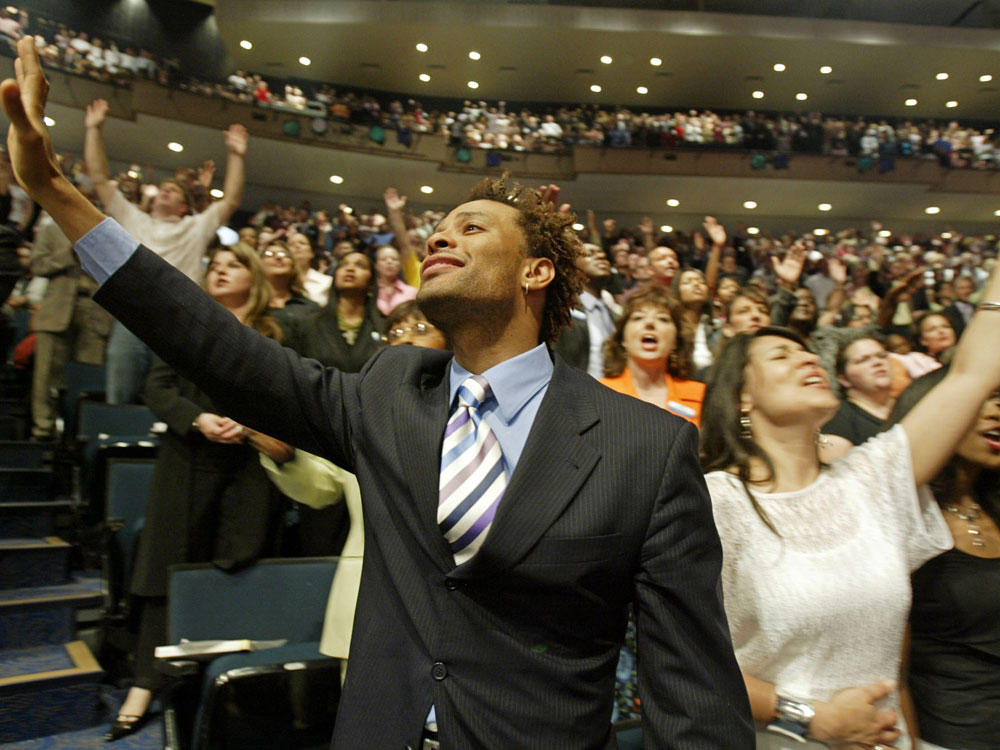 Members of the evangelical Lakewood Church in Houston worship at a prayer service in 2005. More than 45,000 churches across the U.S. are represented by the National Association of Evangelicals.

For 10 years, the Rev. Richard Cizik was the chief lobbyist for the National Association of Evangelicals, which represents roughly 30 million constituents across the United States.

But he was forced out of that position in December 2008, after remarks he made on Fresh Air about his support of gay civil unions, among other things.

On Wednesday, Cizik returned to Fresh Air to discuss how his life has changed since he left the association and why he started a new group called the Evangelical Partnership for the Common Good, which he hopes will be an alternative to Christian groups that focus on the culture wars.

Cizik says he has no regrets about what happened to him after appearing on the show.

"In so many ways, this has been good for me," he tells Terry Gross, adding that his support of same-sex civil unions wasn't the only reason he was asked to leave the NAE. 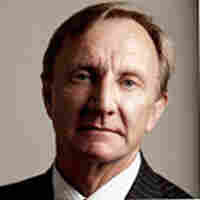 "It was a sum total of everything [I said on Fresh Air]," Cizik explains. "It was speaking out on behalf of creation care, climate change, a broader agenda -- speaking out on a host of levels that just offended the old guard. Civil unions, well that was just one part of it."

Cizik says that he still strongly believes that same-sex couples should be allowed to obtain civil unions.

"While I haven't come to a conclusion on [gay marriage], I am convinced that you can't deny rights to people based on their sexual orientation. It's wrong," he says. "It's even wrong, I think, as Christians to take that position. Because we should support human rights for all people even when they don't agree with us."

"It came out of the depths of the heart the mouth speaks and so it just came out. I hadn't planned on saying it, but I had been thinking about it a long time. And that's because I had been looking at constitutional arguments that are now being weighed by the California Supreme Court. In other words, can we deny rights to others whose rights we don't especially share? Or, in fact, may disagree with strongly? And yet, yes I agree with what I said then and I agree with it now. What's changed since then -- even over the last year -- according to a poll released just this week by Public Religion Research Institute, is that a majority of evangelicals -- not just younger evangelicals -- say that they agree either with same-sex marriage or civil unions. That's a majority of white evangelicals in California. And evangelicals around the country are looking at this in new light and new ways and evaluating this in terms of the Constitution and in light of our Christian values. And that's good."

On being asked to resign

"We have an evangelical saying that goes like this: 'When God closes one door, he opens another.' Well, absolutely right, I found out about that. But [God] doesn't say anything about catching your fingers in the doorjamb as you leave. What I'd say to people who have been sacked, fired or whatever -- don't get your fingers caught in the doorjamb while leaving. In other words, don't try to pull yourself back in. ... But God is bigger than those events that precipitate your departure from that job. I'm not the only only who lost my job in recent days, weeks, years. So recognize it as an opportunity and see how God is going to help you in the future."

On how evangelicalism has changed

"It became perceived by millions and millions of Americans as captive to a conservative ideology. Not captive to Jesus or to the Gospel but captive to an ideology that has departed, in so many ways, from historic evangelicalism. The movement has always been a reactionary movement. It was born out of reaction to the 19th century biblical criticism in biology in which evangelicals reacted to that and moved away. The new evangelicals of the 20th century saw the fallacy of that kind of approach towards society but after a number of decades, that kind of neo-evangelicalism that was founded by the National Association of Evangelicals -- well it's fallen back into the same kind of subservience to reactionary-ism. Evangelicalism is [seen] today by what it's against, not what it's for. And we're trying to say, we're for these things. And among those is this command to first and foremost follow Jesus -- not the Republican Party or Rush Limbaugh or anyone else, but to follow what the Gospel says."

On the Tea Party movement

"The Tea Party movement is irreligious and significantly so. It's got lots of problems. I wouldn't join it if I were an evangelical and I would urge others not to or at least to be suspicious of it because it doesn't bring with it the whole biblical concept of responsibility and the rest to God and so I'm not a Tea Party fan."

"[Religious leaders across the world] look upon our advocacy on behalf of religious freedom as intervention. And they resent that. And so we really have to be careful when engaging overseas that we understand how these pivotal players in these religious communities view us. And not attempt to manipulate them but understand their importance. ... And we just can't view religion through the lens of counterterrorism policy. We have to understand that religions play pivotal roles on all of these issues of poverty, development, disease and the like. Even climate change. And we have to engage these players."