Accessibility links
The New Republic: China's Push to Master the Seas As China's capabilities have grown, the spheres of operation of its forces and those of the United States and its regional allies have begun to overlap. According to Aaron L. Friedberg of The New Republic, beyond its technical and legal aspects, what is really at stake here is the future balance of power in maritime East Asia.

The New Republic: China's Push to Master the Seas

The New Republic: China's Push to Master the Seas 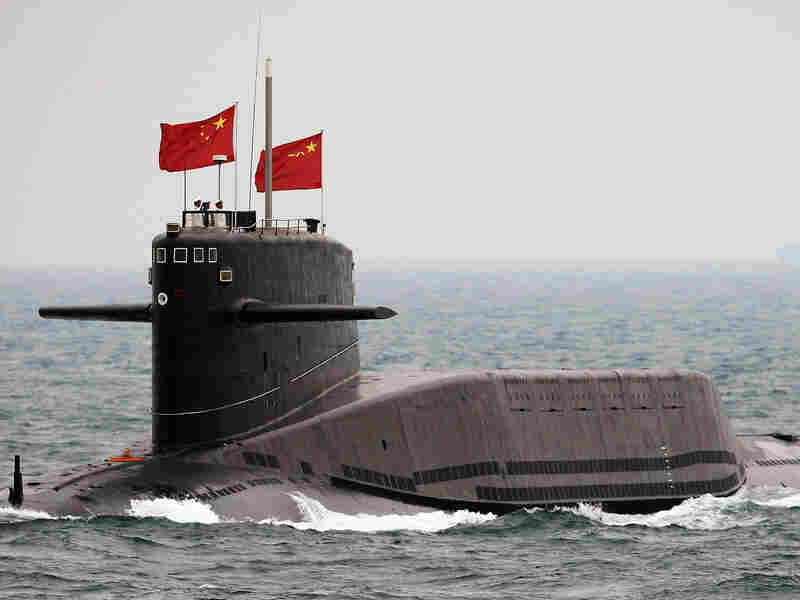 As China's capabilities have grown, the spheres of operation of its forces and those of the United States and its regional allies have begun to overlap. Guang Niu/AP hide caption 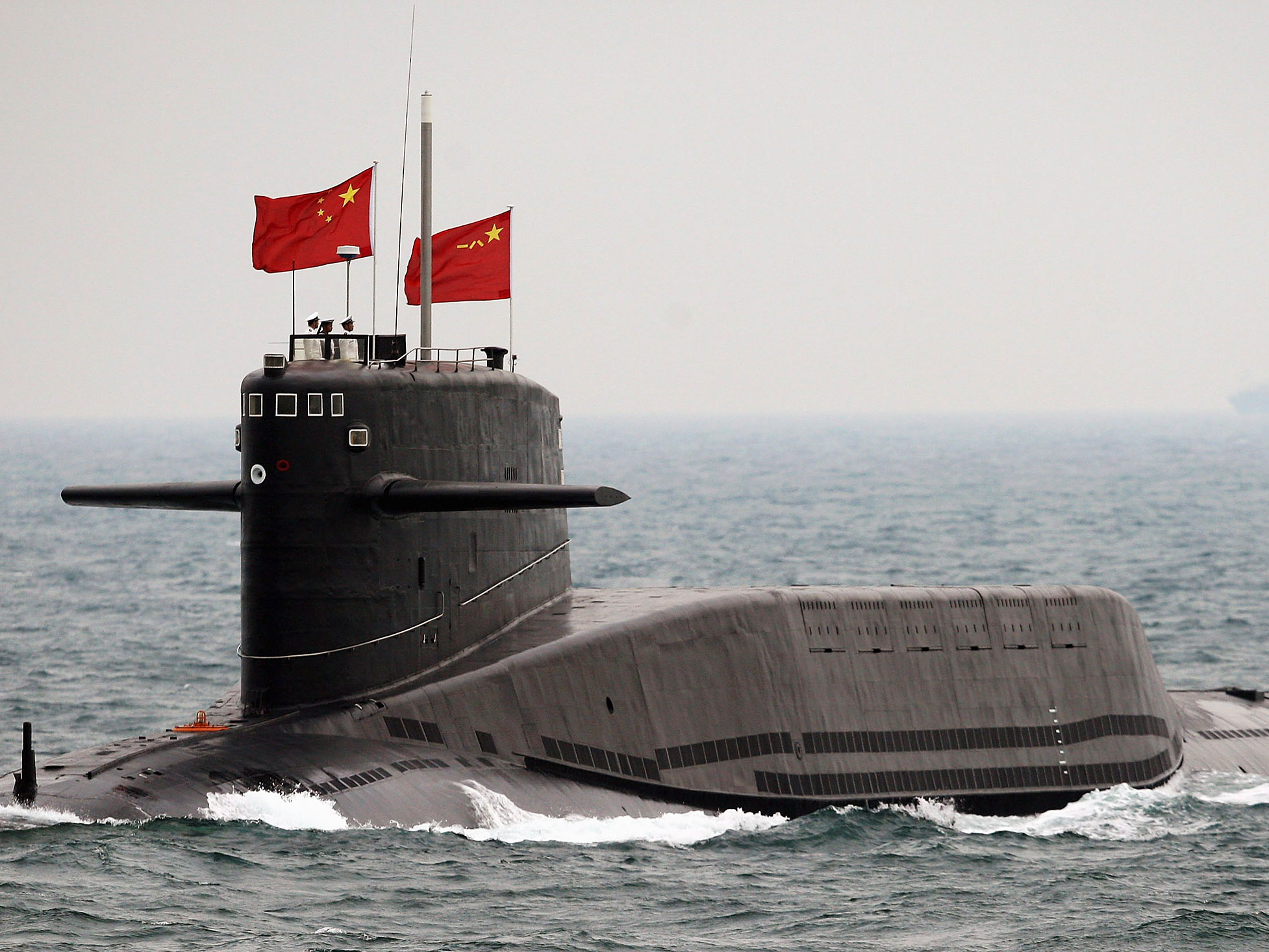 As China's capabilities have grown, the spheres of operation of its forces and those of the United States and its regional allies have begun to overlap.

Aaron L. Friedberg is Professor of Politics and International Affairs at Princeton University. His new book on the emerging strategic rivalry between the United States and China will be published in 2011.

This past week saw a marked escalation in the ongoing struggle for geopolitical preponderance in East Asia between the United States and China. Twenty years ago, at the close of the Cold War, U.S. forces in the region had enormous advantages over their Chinese counterparts. Using ships, aircraft and troops forward-deployed at facilities in Japan, South Korea, Thailand, and Singapore, supported by others dispatched from Hawaii and the West Coast, the United States could defend its friends, deter its enemies and move its forces freely throughout the western Pacific. American air and naval units could conduct routine deployments and reconnaissance missions right up to the edges of China's airspace and territorial waters with little fear of harassment or interdiction. For its part, after years spent focused on the possibility of a massive Soviet ground invasion from the north and west, the People's Liberation Army (PLA) had virtually no capacity to project military power beyond its coasts and land frontiers.

Starting in the 1990s, and at an accelerating pace after the turn of the twenty-first century, China began to acquire the kinds of forces it would need to conduct what its strategists refer to as "local wars under high-tech conditions." Using weapons purchased from the former Soviet Union, supplemented increasingly by those of domestic design and manufacture, the PLA has been extending its reach into the waters and airspace off its eastern shores. Today China has ballistic missiles, cruise missiles, aircraft, surface-to-air missiles, naval vessels, and submarines with which it can threaten precise, non-nuclear strikes on fixed bases, aircraft, and surface ships operating across a widening swath of the Western Pacific. American planners have come to see these forces as elements in what they describe as an integrated "anti-access" or "area denial" strategy. In a future crisis, the possibility of attack might impel American commanders to pull back from China's coasts, perhaps so far as to diminish their effectiveness in a struggle over Taiwan, or in the South China Sea, or the waters off Japan. In the worst case scenario, China's leaders might come to believe that they could carry out a quick conventional strike that would effectively knock U.S. forces out of the Western Pacific, leaving Washington with few options beyond a resort to nuclear weapons.

As China's capabilities have grown, the spheres of operation of its forces and those of the United States and its regional allies have begun to overlap. Chinese submarines now appear regularly in waters off Japan and its surface ships and aircraft transit areas where they were rarely seen in the past. The fact that U.S. and Chinese forces are now beginning to share the same waters and airspace has resulted in a number of notable incidents. In April 2001, a U.S. reconnaissance aircraft and a Chinese jet fighter collided off the coasts of Hainan Island, and in March 2009, the U.S. Navy survey ship Impeccable had a run-in with Chinese vessels in the same general area.

The two Pacific powers are now jockeying for position up and down China's coasts. For its part, the U.S. Navy wants to assert the right, and maintain the capability, to operate wherever and whenever it wants up to the internationally recognized limit of China's territorial waters. Beijing, meanwhile, asserts the right to restrict the activities of foreign vessels anywhere within its 200-mile Exclusive Economic Zone. By drawing rings around islands that it already controls, China has long used such calculations as the basis for its claim to control virtually all the resource-rich waters of the South China Sea.

Beyond its technical and legal aspects, what is really at stake here is the future balance of power in maritime East Asia. The United States recognizes that it cannot prevent China from extending its reach into the Western Pacific, but it is going to have to decide how high a price it is willing to pay in order to maintain its own position there. Beijing would no doubt like to push the United States out of these waters, and out of East Asia altogether, but for the time being at least, it will have to adjust its ambitions according to the American response.

All of which brings us to the events of the past week. Earlier this spring Beijing upped the ante in the South China Sea by describing the area as one of its "core national interests," a phrase previously used in reference to Tibet and Taiwan. By deploying this language Chinese strategists are signaling their willingness to use any means necessary to take what they regard as rightfully theirs. The American response was not long in coming. Appearing this week at a gathering of Southeast Asian officials, Secretary of State Hillary Clinton announced that the U.S. was willing to assist in mediating conflicting claims in the South China Sea. Although couched in the mild, even-handed language of diplomacy, Clinton's offer was a clear counter to Beijing and a signal that the United States does not intend to allow it to run roughshod over its smaller, weaker neighbors.

To the north, on Sunday, U.S. and South Korea began a large-scale joint air and naval exercise. Intended initially as a show of strength and resolve in response to the North's sinking of a South Korean naval vessel, this event too has become a bone of contention between Washington and Beijing. The Chinese raised strong objections to the planned war game, claiming that it would be provocative, and they were especially vocal in protesting the possible presence of a U.S. aircraft carrier in the Yellow Sea, directly off their coasts. In this case, the United States appears to have split the difference, going ahead with the exercise, but confining it to the waters west of Japan.

These are only the early moves in a game that could take several decades to play itself out. As China's strength continues to grow the United States and its allies are going to have to work harder to maintain a favorable balance of power and to preserve their access to the waters and resources of the Western Pacific.