Accessibility links
In E-Publishing Revolution, Rights Battle Wears On In the most recent battle of the publishing revolution, a major literary agency has announced its plans to bypass traditional publishers and start selling some prominent titles as e-books through Amazon. Needless to say, publishers are fighting back. 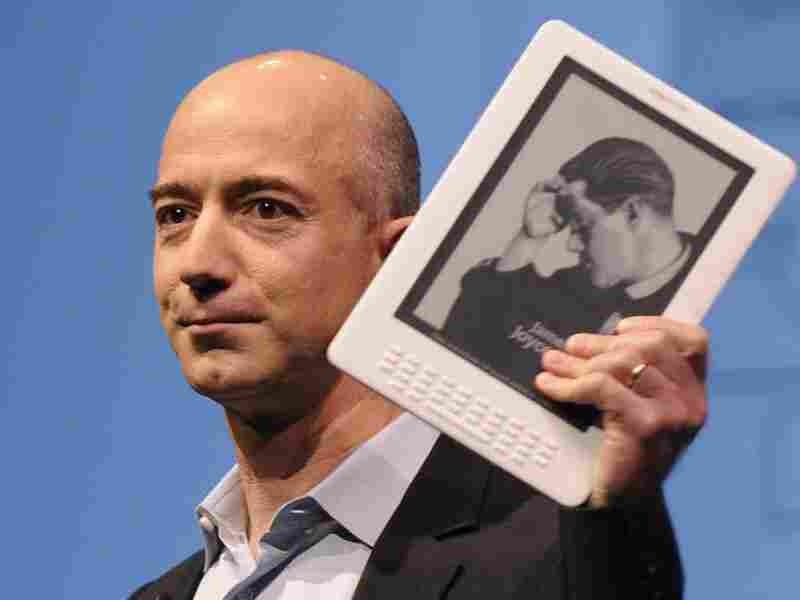 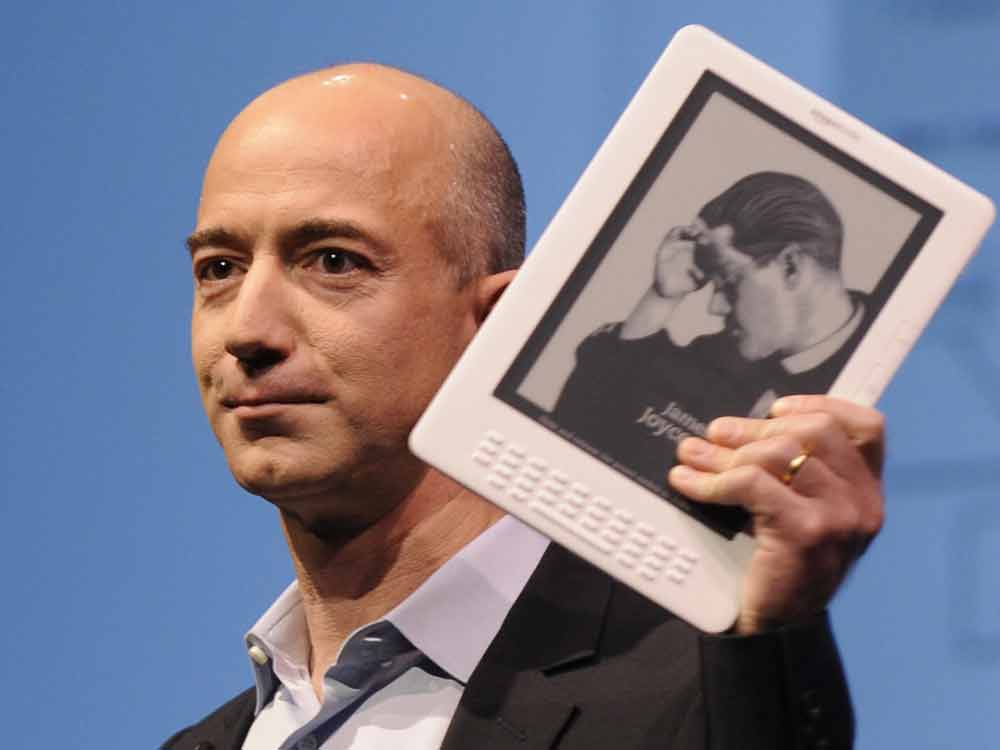 Amazon CEO Jeff Bezos recently entered an exclusive agreement with the Wylie Agency to sell e-book versions of some of its pre-digital classics.

If you've noticed a lot more people with their heads buried in electronic readers, instead of hardcovers or paperbacks, then you may already know that the publishing industry is in the middle of a revolution -- and the dust may not settle for a while.

All sides -- publishers, agents, retailers -- are scrambling to be in the best position for the moment when digital books take over once and for all, and if current developments are any indication, that takeover isn't far off.

There's Amazon's recent announcement that its sales of e-books have overtaken sales of hardcovers, and a report by the Association of American Publishers that shows e-book sales increasing more than 200 percent just this year.

And there's the still-simmering dispute between the publisher Random House and the powerful Wylie Agency over an exclusive deal Wylie recently signed with Amazon to sell digital versions of some bestsellers -- books like Vladimir Nabokov's Lolita and Ralph Ellison's Invisible Man that came out before e-books even existed.

"When an agent becomes a publisher, that is sort of contradictory," says bestselling author and Authors Guild President Scott Turow.

Turow says the guild is concerned that Wylie may have a conflict of interest in taking on the role of both publisher and agent. The guild is especially critical of Wylie for signing an exclusive deal with Amazon -- which dominates the digital book market in both electronic readers and e-books -- but it's also troubled by Random House's response that it wouldn't do business with any of the English language authors Wylie represents until the dispute is resolved.

Turow says something like that only hurts the writers.

"I think the most amusing part of it is that we're gonna beat up on those poor authors who have Andrew Wylie as their agent, but we're not gonna take anything out on the behemoth Amazon," Turow says. "In other words, we're gonna walk down the beach and kick some sand in the face of the 99-pound weakling."

Understandably, writers are worried about royalties. Amazon angered the publishing industry when it set the price of an e-book at $9.99 -- much lower than the cost of a hardcover -- which, Turow says, has already had a negative effect on writers' compensation.

But writers also want more than the 25 percent royalty most major publishing houses have been offering for digital rights. That's an issue Jane Friedman, a former CEO of HarperCollins who co-founded the digital publishing company Open Road, says can't be resolved until the question of who owns the rights to older books that were published before the advent of digital publishing is settled.

"I think this is probably the most important issue in this whole new world of digital publishing," Friedman says.

Friedman's company had its own run-in with Random House over the works of the late novelist William Styron, in which the publisher challenged Open Road's right to publish Styron's books digitally. Random House eventually made an exception.

Friedman says her company believes digital rights belong to the writer or the writer's estate unless a contract explicitly states otherwise. And, she says, they want the rights question resolved before they even consider taking a book on.

"In other words, if someone comes to us and says there is confusion in a contract, we won't even talk to that representative," she says. "We only talk to a content provider who says we have the rights."

There's one other question raised by the standoff between Random House and the Wylie Agency: If a literary agency can become a publisher, then what's to stop Amazon or Apple or Google, or any other "digital behemoth" -- as Turow calls them -- from doing the same thing?

"The concern," Turow says, "is that they will step up, take the cream and make it impossible for other publishers to survive, because they are going to take the titles where the most money will be made."

On the bright side, Turow points out that e-books are encouraging people to buy more books -- and no one's complaining about that.