Accessibility links
Joe Negri: From Handyman To Jazz Guitarist If you or someone you love grew up watching Mister Rogers' Neighborhood, you may remember Joe Negri as Handyman Negri, the affable guy who solved problems in the Neighborhood of Make-Believe. But jazz fans know him as a guitar virtuoso. At the age of 84, Negri has just released a new CD, his first in the stripped-down setting that showcases his finger-work. 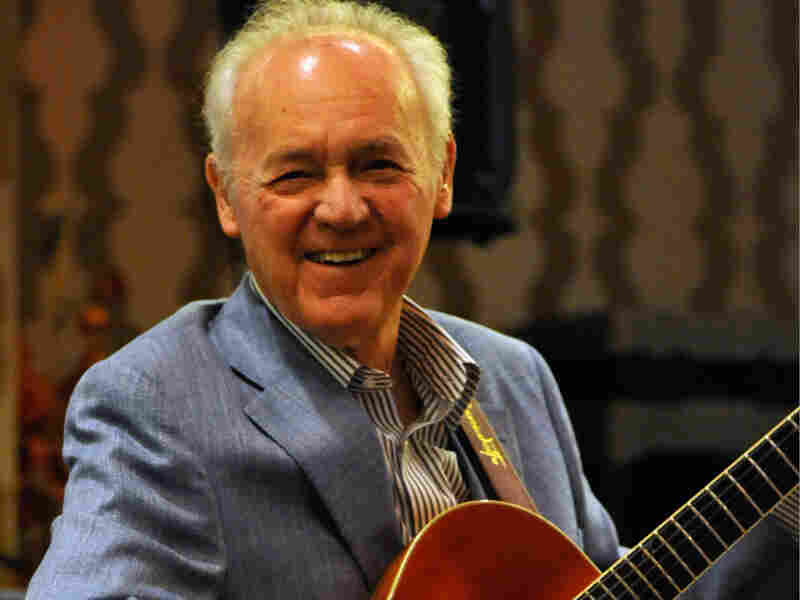 Joe Negri was known to generations of children as the handyman in the Neighborhood of Make-Believe. But he is also a jazz guitar virtuoso. Courtesy of the artist hide caption 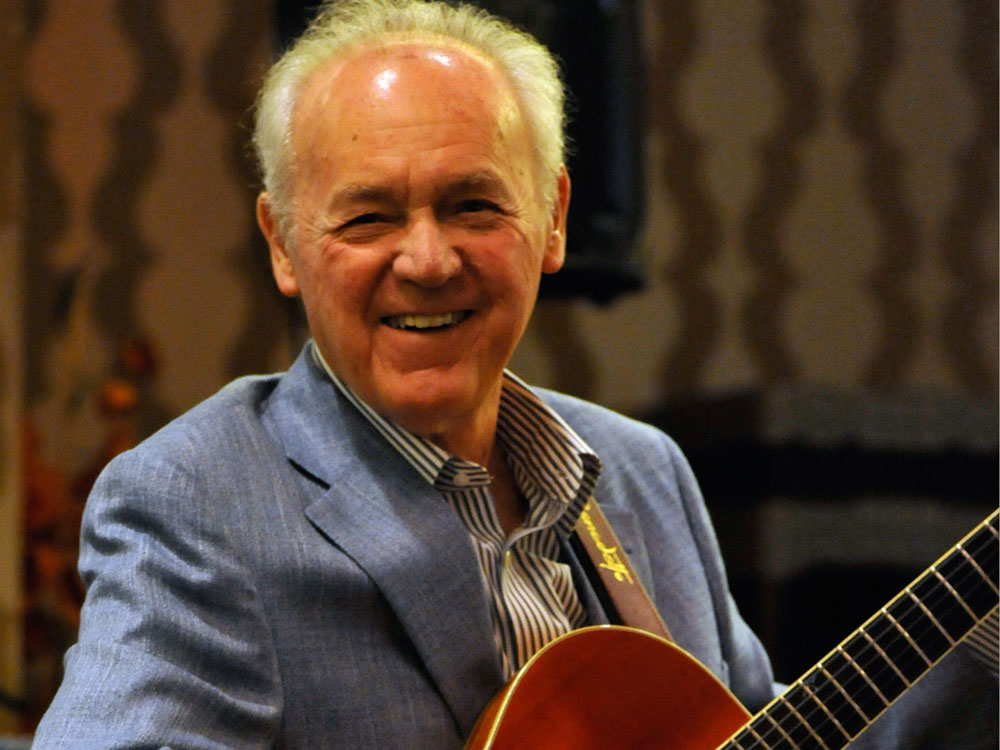 Joe Negri was known to generations of children as the handyman in the Neighborhood of Make-Believe. But he is also a jazz guitar virtuoso.

If you or someone you love grew up watching Mister Rogers' Neighborhood, you may remember Joe Negri as Handyman Negri, the affable guy who solved problems in the Neighborhood of Make-Believe. But jazz fans know him as a guitar virtuoso. At the age of 84, Negri has just released a new CD, his first in the stripped-down setting that showcases his finger-work. Reporter Joel Rose paid a visit to Mister Negri's neighborhood.

Joe Negri may be famous to generations of Mister Rogers fans as a handyman. But Negri says his character on the show is pure make-believe. In real life, he is not handy.

"Not in the least bit. My wife is actually handier than I am! She can fix things, she's really good at it."

Negri says he warned Fred Rogers about that early on.

"I'll never forget, we had a big joke about that. Cause I said to him, 'Handyman? You've gotta be kidding.' He said, 'Don't worry about it, it's pretend.' So I pretended my way to being a handyman."

Negri: "But you don't have to pay them until the work is finished, sire."

King Friday: "I know but I wanted to have the check ready. They've been working very hard, Handy."

But since the show went off the air in 2001, Negri has had more time to focus on his first love: the guitar.

Negri was born in Pittsburgh. And he still lives nearby, on a quiet side street in the South Hills.

"You're good! Everybody has trouble finding this place!"

Negri grew up in a middle-class, mainly Italian neighborhood on Pittsburgh's south side. His father was a bricklayer and amateur musician who got his sons started in show business early.

"When I reached a certain age, my brother and my cousin, we both went to dancing school. I would sing a song, and then we would tap dance. We made money for our families during the Depression."

By the time he was 16, Negri was playing professionally. He went on tour with a big band. And Negri briefly moved with his wife and young daughter to New York, where he tried to land a coveted job as a studio musician. But when he saw what his friends had to do to get by as musicians, he changed his mind.

"So I noted that living wasn't easy in New York. The kids had babysitters. Somebody had to take them to the park to play. The whole scene just kind of turned me off. So we packed up, came back to Pittsburgh."

That's when Negri started working in television. He appeared on the Ken Griffin Show, the Buzz and Bill Show and, finally, Mister Rogers' Neighborhood -- all shot in Pittsburgh.

"Most people know him as an actor. They don't quite realize what they have here, you know?" says Mike Tomaro, the head of the jazz studies department at Duquesne University in Pittsburgh, where Negri teaches. "They're missing a treasure. Not just a Pittsburgh treasure, but a musical treasure."

At his recent CD release party in Pittsburgh, Negri led his trio through several tunes from his new album, Dream Dancing. He has recorded before, but never in this stripped-down format.

"I always felt I needed a little more support -- a horn or a piano, or something."

On his new CD, Negri's guitar work is in the spotlight. Tomaro says it's about time. "To hear him play a ballad, and all those inner lines. Joe is one of the few remaining guys of that era who play all those beautiful inner lines. They're orchestrating on the instrument," he says.

Negri didn't compose or orchestrate much for Mister Rogers' Neighborhood. Fred Rogers and musical director Johnny Costa took care of those duties. But Rogers did find ways for Negri to perform on the show.

"He found me a music shop, decided it should be Negri's Music Shop. And that was a wonderful part of the show, I enjoyed that. Because we brought in a lot of good guests, a lot of good musicians."

"If children see people doing something they love, which is obvious with Joe, they catch it. It's not something you push on them. They catch that love of music. And I think a lot of kids caught music from the neighborhood," said Newell.

"I had my studio gig. So what I was going to get in New York, I got here! And I still had a family, and was making a decent living. It's been a very rewarding career."

And he never had to leave the neighborhood.