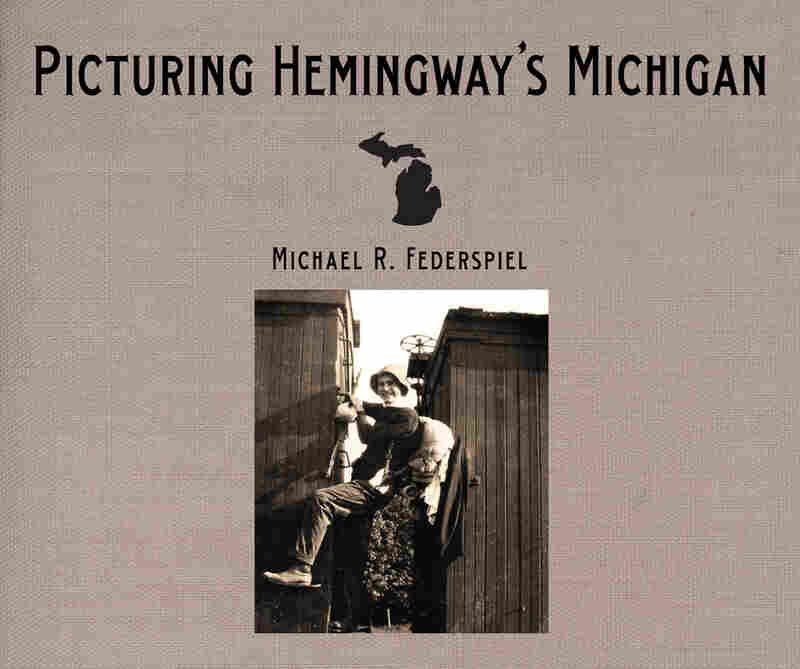 Ernest Hemingway's connections to Michigan began when his parents first brought their six-week-old son there for three days in September 1899. His father, a young physician, practiced medicine in his hometown of Oak Park, Illinois, and his mother was an artistically inclined woman who enjoyed the cultural aspects of their Chicago suburb. The previous summer the Hemingways visited Walloon Lake (then named Bear Lake) and were so taken with the area that they purchased two hundred feet of waterfront property. The 1899 trip was to finalize plans for the building of their cottage, Windemere. They took pictures, selected the exact site on the property where it was to be located, and arranged for construction during their brief stay. The next summer would be the first full one there for the family, and Ernest would return to Michigan each year until he was married in 1921. Even today members of the Hemingway family either summer or live year-round in the area.

The Hemingways' arrival coincided with dramatic changes in northern Michigan. A generation earlier, lumber companies cleared most of the virgin timber and then moved on, leaving a handful of small villages and thousands of acres of abandoned land behind. What would become of that land was in question. In an effort to encourage people to settle there, railroad companies were given large land grants in exchange for extending rail lines northward from the larger cities in the southern parts of the state. This included the Grand Rapids and Indiana (GR & I), which received a grant of 823,204 acres in 1857 to institute rail service between Grand Rapids and "some point on Traverse Bay." When the company finished laying tracks to Petoskey in 1873, local businessmen and railroad executives immediately went to work marketing the region for tourism. The locals knew that tourists would need to be housed, fed, and entertained, while railroad officials knew they could make money transporting both passengers and freight to and from the northland. Additionally, they could profit from selling land they had been granted and by partnering with resort hotels. More growth in the region meant more profit. Simultaneously, steamship companies knew that by adding passenger service to their existing freight service they too could capitalize on the new boom. In the absence of rail lines and roads, the Great Lakes steamship companies had been calling on local ports for decades and had been the primary carriers of goods to and from the north. With adjustments to existing ships and the purchase of new passenger ships they could promote both the journey and the destinations. The steamship and railroad companies both mounted elaborate and effective marketing campaigns that brought travelers from as far away as St. Louis, Kansas City, and Louisville. Tourists were lured by the pure northern air, the natural beauty of the lakes and forests, and the potential to enjoy either a leisurely or an active experience. Local excursions were developed both for those who wanted just to look at nature from afar and for those who wanted to experience it through hiking, hunting, and fishing.

The impact on the region was immediate and profound. When the railroad came to Petoskey in 1873, two families lived there; by 1900, its population was just over six thousand. At its peak there were thirteen resort hotels in Petoskey alone (positioning it as a main competitor to Mackinac Island as the premiere destination in northern Michigan) and numerous other resorts and associations scattered along the edge of Little Traverse Bay. These included Bay View, a Methodist summer meeting place established in 1875 and made possible by local businessmen and railroad officials securing property for the site. An elaborate regional rail network made travel convenient, while local merchants were poised to meet the needs and wants of their summer guests. This transformation had long-standing effects, as even today many of the same patterns and practices are in place.

The Hemingways, when they bought property at Walloon Lake in 1898, were just one of hundreds of families who were flocking to the region. They would experience and enjoy the area and its people the way countless others did. Choosing to be cottage owners rather than stay at the large resorts, they traveled on ships and trains and enjoyed their Walloon Lake community and trips to and through towns such as Petoskey, Harbor Springs, and Charlevoix. There was nothing particularly unusual or noteworthy about the family. They resembled others in their lifestyle and background, and there was little to indicate anything special about them.

Today, however, the name Ernest Hemingway immediately brings to mind an internationally known writer, legendary drinker, big-game hunter, and deep-sea fisherman. But between 1899 and 1921 -- his Michigan years -- there was little to suggest that he would become famous. He was then just another young man who summered Up North with his family. While a host of factors resulted in his successful writing and fame, northern Michigan did play an important role in his life -- both personally and professionally. Personally, it provided prolonged exposure to the natural world and to places and people that, to him, were exotic and far removed from his respectable middle-class life in Oak Park. There he was a good student growing up in a highly structured but creative household. His mother exposed him to the arts and his father to the sciences and the natural world. Exciting places and adventures were experienced through reading and his vivid imagination. But come summer, his life changed dramatically. Via steamship and train he was transported to a whole different world and situation. Northern Michigan was not where you read about nature, it was where you lived with and in it. It was a place where bare feet replaced shoes and where the sounds you heard at night were the wind and birds, not the hum of a Chicago suburb. Hot and muggy city nights gave way to cool evenings requiring covers pulled up tight. Michigan was also a place of local color where real "Indians" lived and where the legacy of the wild lumber era was still palpable. And, especially for Ernest, it was a place of solitude. Throughout his life he needed and sought private time to think and contemplate. In Michigan's forests and streams he spent hours -- very often alone -- observing and experiencing. He also found friends and an audience in Michigan. True, they were most often other "summer people" rather than the locals who lived there year-round, but they were friends with whom he shared stories, laughs, and experiences unlike those in Oak Park.

Professionally, Michigan supplied Hemingway with the setting and characters for his formative writing. As he struggled to find his style and themes in the 1920s, he focused on what he knew well -- the people and places of his summers. Sitting in cafes in Paris, he sifted through his memories and carefully selected actual people and places for inspiration. It is tempting to look at his final product and to think that Hemingway wrote things just as they happened, but he tells us this is not true and we should believe him. He pulled the essence from Michigan and created something all new. During the 1920s and 1930s he wrote and published stories featuring Nick Adams, a young man who just happens to spend summers in northern Michigan with his doctor father and artistic mother. Nick also just happens to have been wounded in World War I and loves to fish and spend time with friends around Horton Bay and Petoskey. It is true that Hemingway used his own life experiences as a starting point for his fiction, but Nick Adams is not Ernest Hemingway, despite their commonalities. In addition to the Nick Adams stories, Hemingway's first published novel, The Torrents of Spring, is set in Michigan. While it contains some wonderful descriptions of Petoskey and the surrounding area, for the most part it is an unsatisfying satire that did little more than allow him to break a publishing contract. But still, it is Hemingway using his Michigan for inspiration. Peppered through his later works are references to Michigan, and it is especially telling that his late-in-life account of Paris in the 1920s, A Moveable Feast, has numerous references to Michigan. Clearly, even though he physically left Michigan behind, he continued to be inspired by it for the rest of his life. 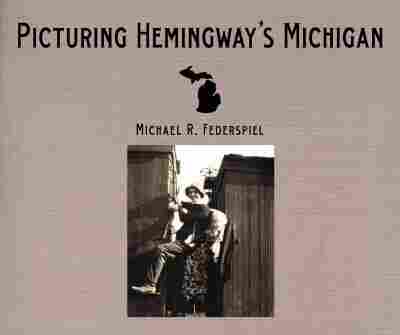