Accessibility links
'I Curse The River Of Time' Flows Effortlessly Norwegian writer Per Petterson hits the mark with his latest novel, which follows a man reflecting on his life — especially the events of 1989, a year when he lost his wife, his mother, and his faith in Communism.

'I Curse The River Of Time' Flows Effortlessly

'I Curse The River Of Time' Flows Effortlessly 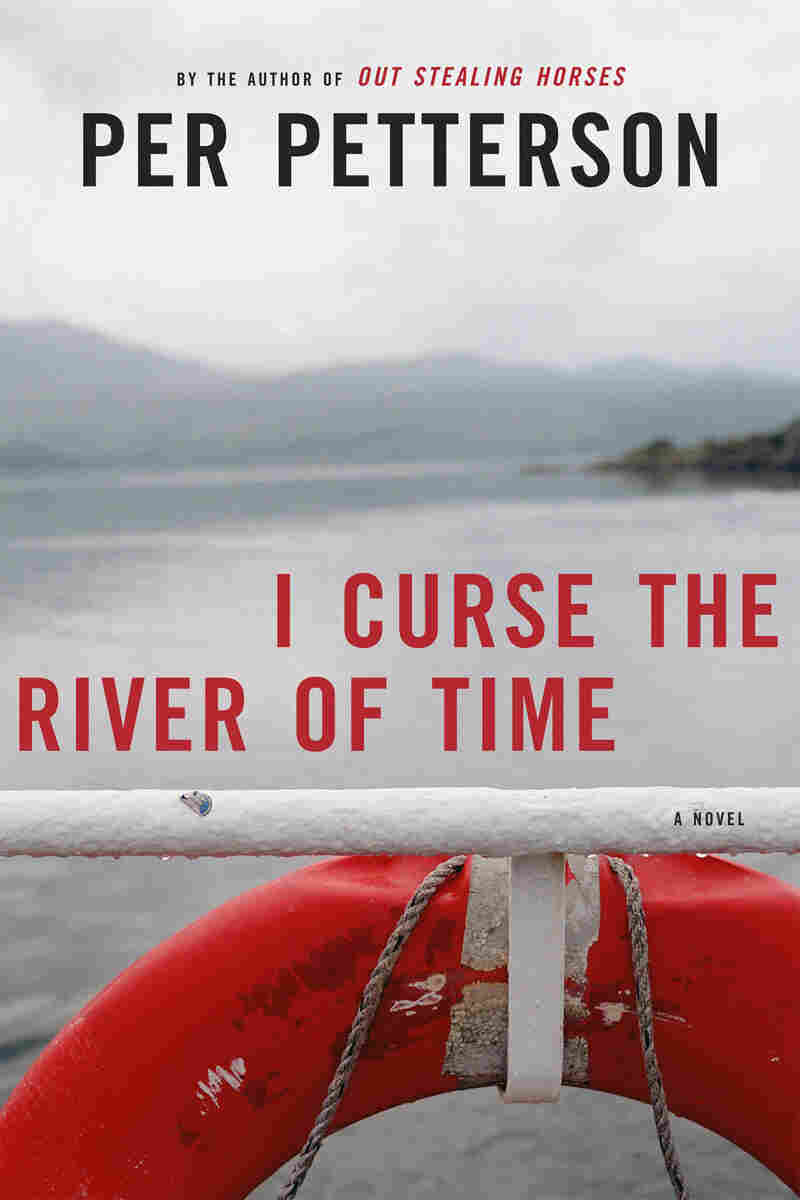 I Curse the River of Time: A Novel
By Per Petterson
Hardcover, 224 pages
Graywolf Press
List price: $23

Per Petterson, an avid reader and bookseller before he became a writer, provides one of literature's greatest gifts in his novels -- an absorbing interiority that creates a welcome refuge from our cacophonous world. His books are suffused with a luxurious, downy silence, a quiet that allows us to slow down and sink into spare language that evokes complex emotions and primal sensations such as cold, wet, darkness and light with surprising force.

In Out Stealing Horses, Petterson's gorgeous, heartbreaking novel about a father-son relationship disrupted by war and romance, his main character, a 67-year-old widower who retires to a remote cabin with no forwarding address, recalls the last summer he spent in a similar riverside cabin near the Norway-Sweden border with his father in 1948, 52 years earlier. Deep in his musings and memories, he worries about becoming a "shipwrecked man without an anchor in the world except in his own liquid thoughts where time has lost its sequence."

Time does lose its sequence in the liquid thoughts of the narrator of Petterson's melancholic, misty, somewhat autobiographical new novel, I Curse the River of Time. Arvid Jansen reflects back on his life, and especially 1989, a difficult year for him when, at 37, he was set adrift by the impending loss of his three anchors -- his marriage, his mother, and Communism.

A prequel to In the Wake (2006), Petterson's book takes its title from a line in a poem by Mao, one of his narrator's heroes. Arvid, like Petterson, is the son of factory workers; his intellectual, multi-lingual, Danish-born mother worked at the Freia chocolate factory before leaving to clean hotels and public buildings. To his mother's disgust, in his fervor for communism, Arvid quits college after two years to join the proletariat, which he comes to realize "actually didn't exist anymore, but was an anachronism" -- "not quite the same as the [working class] my mother and father belonged to on a daily basis." 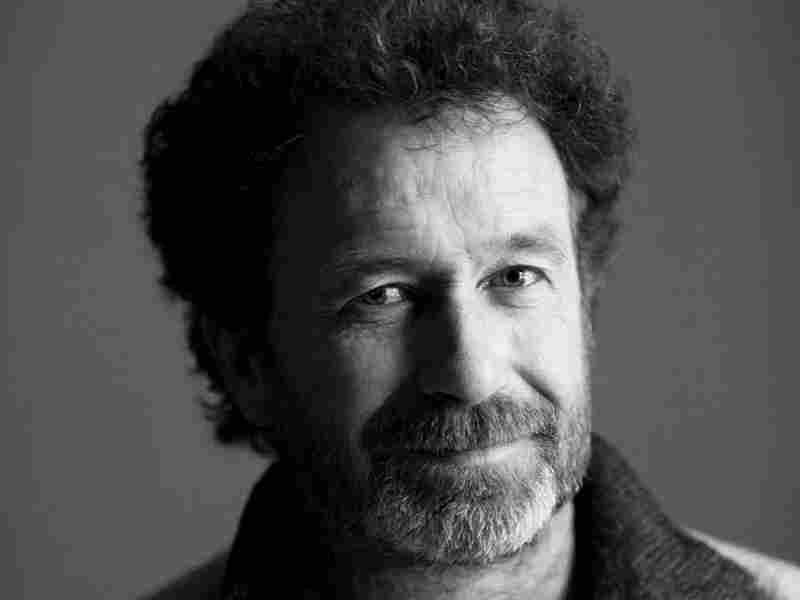 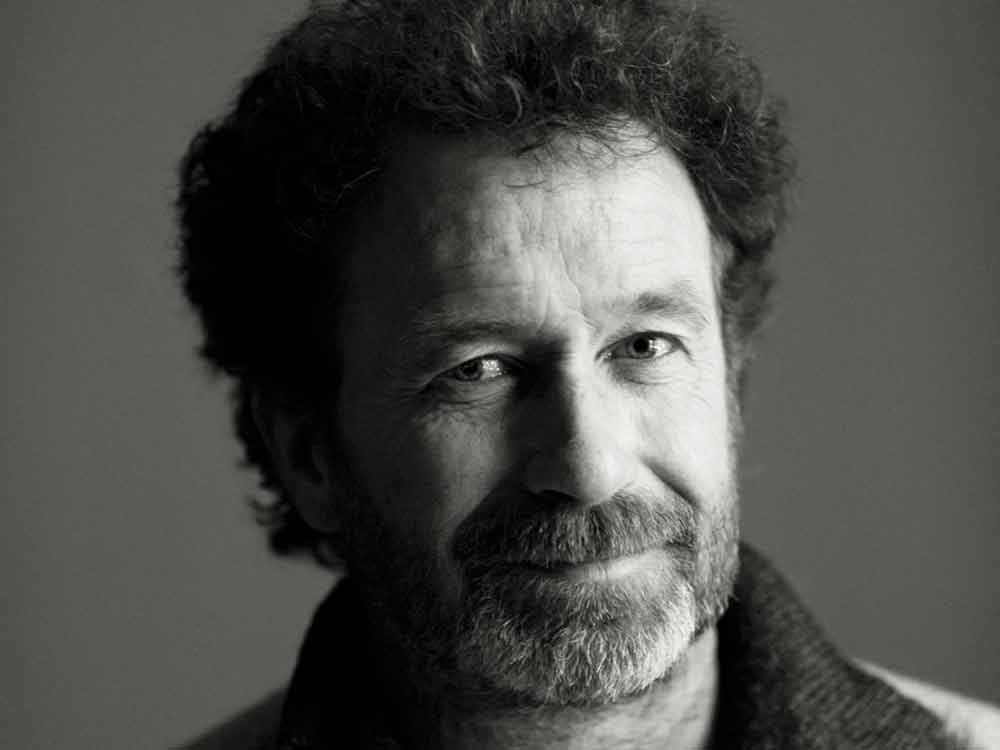 The Norwegian version of I Curse The River Of Time, Jeg forbanner tidens elv, won The Nordic Council's Literature Prize in 2009.

It slowly dawns on Arvid that his parents had no choice, whereas he's made a bad one. A lifelong reader like his mother, his memories of "a childhood whirled away by time" and a beautiful, fine courtship sadly "ground into dust" are interspersed with resonant reactions to various classics, including Les Miserables and A Moveable Feast.

I Curse the River of Time is about "a man out of time" who feels betrayed by what life has handed him when he wasn't watching, as if "Time had passed behind my back and I had not turned to look ... ." Both time and Petterson's narrative are more tidal than linear, flowing forward and backward in associative waves that require close attention and do not offer the dramatic drive of Out Stealing Horses. But the relationship that emerges here between a grown man and his fatally ill mother, whose support and attention he can't stop seeking even when he realizes he should be sustaining her, is complex and rich. Petterson has delivered a subtle meditation on the long, unstoppable river of time that pulls us all along relentlessly, whether we pay attention or not.

Excerpt: 'I Curse The River Of Time'

I Curse the River of Time: A Novel
By Per Petterson
Hardcover, 224 pages
Graywolf Press
List price: $23

All this happened quite a few years ago. My mother had been unwell for some time. To put a stop to my brothers' nagging and my father's especially, she ﬁnally went to see the doctor she always saw, the doctor my family had used since the dawn of time. He must have been ancient at that point for I cannot recall ever not visiting him, nor can I recall him ever being young. I used him myself even though I now lived a good distance away.

After a brief check-up, this old family doctor swiftly referred her to Aker Hospital for further examination. Having been for several, no doubt painful, tests in rooms painted white, painted apple green, at the big hospital near the Sinsen junction on the side of Oslo I always like to think of as our side, the east side that is, she was told to go home and wait two weeks for the results. When they finally arrived, three weeks later rather than two, it turned out that she had stomach cancer. Her first reaction was as follows: Good Lord, here I've been lying awake night after night, year after year, especially when the children were small, terrified of dying from lung cancer, and then I get cancer of the stomach. What a waste of time!

My mother was like that. And she was a smoker, just as I have been my entire adult life. I know well those night-time moments when you lie in bed staring into the dark, with dry, aching eyes feeling life like ashes in your mouth, even though I have probably worried more about my own life than leaving my children fatherless.

For a while she just sat at the kitchen table with the envelope in her hand, staring out of the window at the same lawn, the same white painted fence, the same clothes lines and the same row of identical grey houses she had been looking at for so many years, and she realised she did not like it here at all. She did not like all the rock in this country, did not like the spruce forests or the high plains, did not like the mountains. She could not see the mountains, but she knew they were everywhere out there leaving their mark, every single day, on the people who lived in Norway.

She stood up, went out into the hallway, made a call, replaced the receiver after a brief conversation and returned to the kitchen table to wait for my father. My father was retired and had been for some years, but she was fourteen years younger than him and still working; though today was her day off.

My father was out, he always had something he needed to see to, errands to run my mother was rarely told about, the results of which she never saw, but whatever conﬂicts there had been between them were settled long ago. There was a truce now. As long as he did not try to run her life, he was left in peace to run his own. She had even started to defend and protect him. If I uttered a word of criticism or took her side in a misguided attempt to support the women's liberation, I was told to mind my own business.

It is easy for you to criticise, she would say, who have had it all handed to you on a silver plate. You squirt.

As if my own life were plain sailing. I was heading full speed for a divorce. It was my ﬁrst; I thought it was the end of the world. There were days I could not move from the kitchen to the bathroom without falling to my knees at least once before I could pull myself together and walk on.

When ﬁnally my father returned from whatever project he thought was the most urgent, something at Vålerenga no doubt, which was the place he was born, where I too had been born seven years after the end of the war, a place he often returned to, to meet up with men his own age and background, to see the old boys, as they called themselves, my mother was still sitting at the kitchen table. She was smoking a cigarette, a Salem, I guess, or perhaps a Cooly. If you were scared of lung cancer you ended up smoking menthols.

My father stood in the doorway with a well-worn bag in his hand, not unlike the one I used in years six and seven at school, we all carried a bag like that then, and for all I know it was the same one. In that case the bag was more than twenty-ﬁve years old.

'Where to?' my father said.

'Home,' he said. 'Today? Shouldn't we talk about it ﬁrst? Don't I get a chance to think about it?'

'There's nothing to discuss,' my mother said. 'I've booked my ticket. I've just had a letter from Aker Hospital. I've got

'Yes. I've got stomach cancer. So now I have to go home for a bit.'

She still referred to Denmark as home when she spoke about the town she came from, in the far north of that small country, even though she had lived in Norway, in Oslo, for forty years exactly.

And when she said it like this she knew my father would be hurt and upset, and that gave her no pleasure at all, on the contrary, he deserves better, she thought, after so much life, but she did not feel she had a choice. She had to go on her own.

'I probably won't stay very long,' she said. 'Just a few days, and then I'll be back. I have to go into hospital. I may need an operation. At least I hope so. In any case I'm catching the evening ferry.'

She looked at her watch.

'And that's in three hours. I'd best go upstairs and pack my things.'

They lived in a terraced house with a kitchen and a living room on the ground ﬂoor and three small bedrooms and a tiny bathroom on the ﬁrst. I grew up in that house. I knew every crinkle in the wallpaper, every crack in the ﬂoorboards, every terrifying corner in the cellar. It was cheap housing. If you kicked the wall hard enough, your foot would crash into your neighbour's living room.

She stubbed out the cigarette in the ashtray and stood up. My father had not moved, he was still standing in the doorway with the bag in one hand, the other insecurely raised in her direction. He had never been a champ when it came to physical contact, not outside the boxing ring, and frankly, it was not her strong point either, but now she pushed my father aside, carefully, almost lovingly so that she could get past. And he let her do it, but with so much reluctance, both ﬁrm and slow, it was enough for her to understand he wanted to give her something tangible, a sign, without putting it into words. But it's too late for that, she told herself, far too late, she said, but he could not hear her. Yet she allowed my father to hold her up long enough for him to understand there was enough between them after forty years together and four sons, even though one of them had already died, for them to live in the same house still, in the same ﬂat, and wait for each other and not just run off when something important had happened. 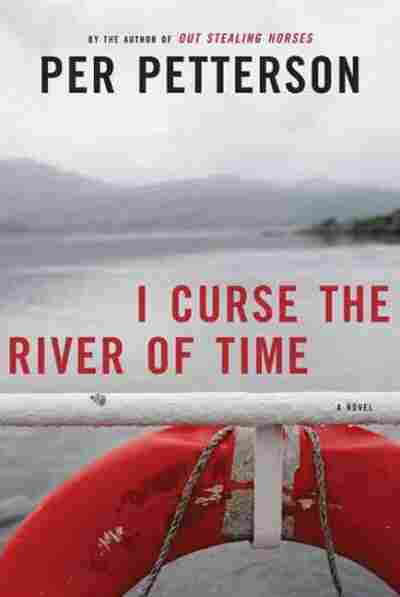 I Curse the River of Time

Title
I Curse the River of Time
Author
Per Petterson