Accessibility links
During CPR, Locking Lips May Not Be Necessary Many people are uncomfortable with mouth-to-mouth resuscitation, so they don't attempt CPR at all. Two big studies show that a streamlined, hands-only CPR method could be just as good. Experts hope the findings will get more bystanders to try CPR -- and, in the end, save more lives. 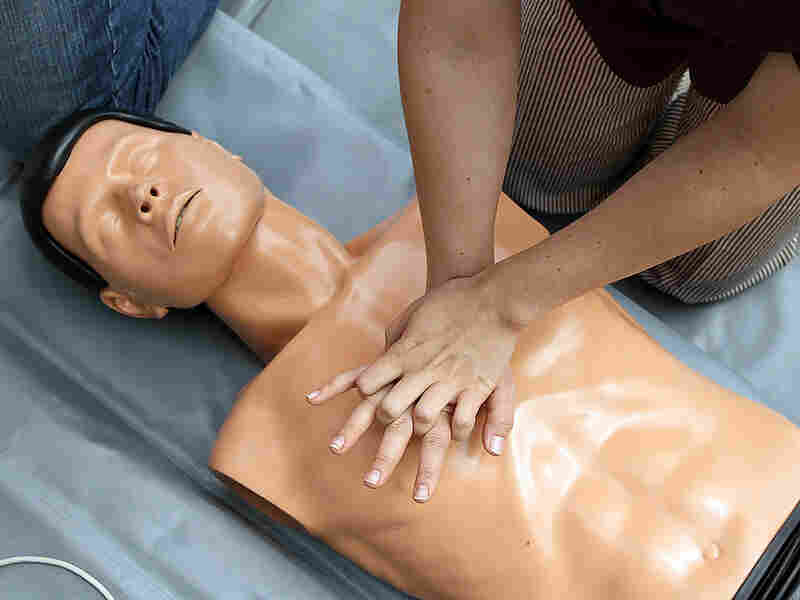 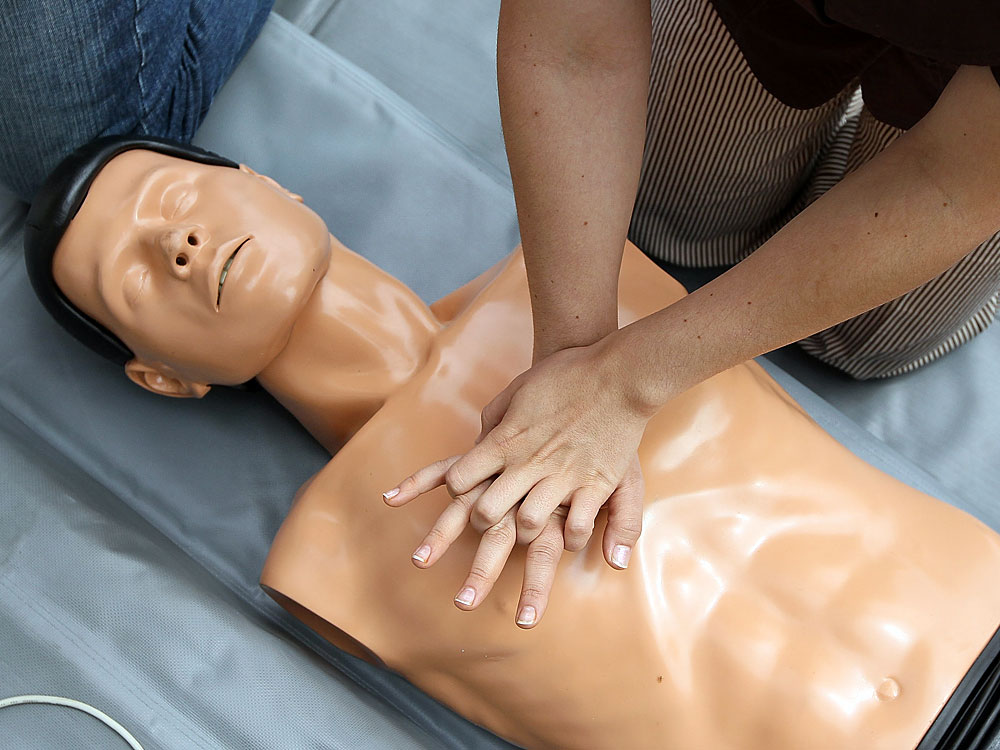 A woman performs chest compressions on a mannequin while learning CPR on the steps of San Francisco City Hall.

For 50 years, cardiopulmonary resuscitation, or CPR, has meant two things: mouth-to-mouth resuscitation and pushing on the chest to keep the blood flowing.

But only 1 in 3 people suffering from cardiac arrest -- at most -- get prompt CPR, before the ambulance arrives. That's largely because relatively few people are trained in it, and those who aren't are reluctant to attempt it.

But that may change. CPR is getting a makeover.

Two years ago, the American Heart Association said it was OK if laypeople did CPR without "rescue breathing," as the mouth-to-mouth part is called. The American Red Cross endorses this method, too. And now, two large studies show that "hands-only" CPR, as the AHA calls it, is at least as good as the conventional kind.

The studies, which appear in the New England Journal of Medicine, randomly assigned more than 3,200 victims of cardiac arrest to either conventional CPR or the new, streamlined version.

Thanx for comments (even from hardasarock). Reality Check, the idea is it's better to circulate diminishing levels of blood O2 until the EMTs arrive, which in many places and circumstances is within 5 minutes these days. (In the case we featured it was less than 5 min.) Those 2-3 minutes can be crucial. No, Ken P Wolff, doing nothing (or calling 911 and walking away) is not better than trying a few chest compressions. Why wouldn't you try?

In all cases, laypeople who witnessed the cardiac arrests and called 911 were urged to deliver either type of CPR and coached by phone on how to do it by EMTs. (About 60 percent of cardiac arrests are "witnessed," and most occur at home.)

Sixty percent of the cases were in Washington state or London; the rest were in Sweden. In both studies, the new-style CPR did just as well in terms of whether people survived, either to go home from the hospital or at least 30 days after their hearts stopped.

Those survival statistics are nothing to crow about, but they're better than in many U.S. cities.

Dr. Thomas Rea, medical director of Seattle-King County's Emergency Medical Services, who led one of the studies, says their real importance is the endorsement the studies give to the new-style CPR.

Many people are uncomfortable with mouth-to-mouth resuscitation, so they don't attempt CPR at all. And when they do, they interrupt chest compressions too long to do rescue breathing.

Scientists now think that chest compressions are more crucial, because immediately after the heart stops, the blood contains residual oxygen for a few minutes. Circulating this blood -- until the EMTs arrive and can begin more effective oxygen supplementation -- is probably more important.

Another advantage to a more streamlined form of citizen CPR: It's easier to coach over the phone. So the EMTs who field 911 calls will be more likely to persuade bystanders to try CPR.

"A dispatcher can say 'I'm going to tell you exactly what to do; let's get started,' " Rea says. "An assertive, confident dispatcher can make a world of difference. I mean, they can save lives." 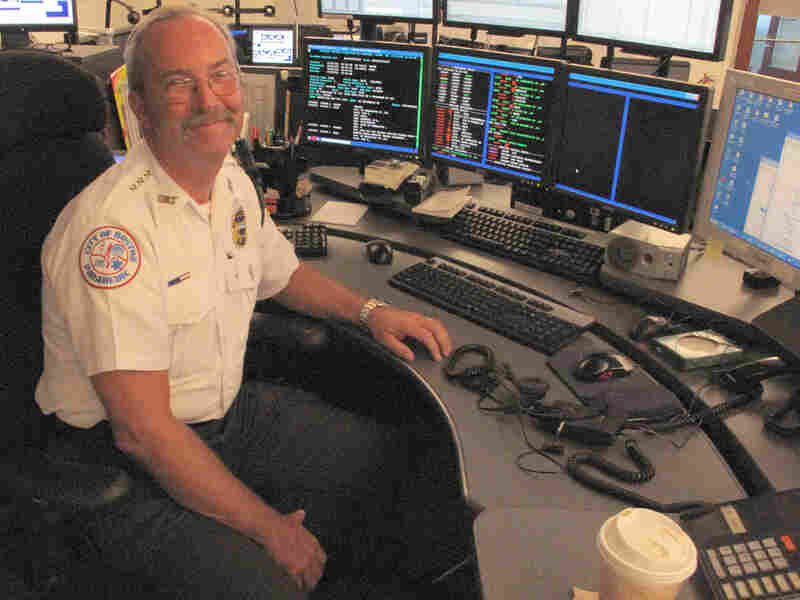 O'Hare called up a recording of a recent 911 call -- a woman reporting that her 76-year-old mother had stopped breathing.

"If she stopped breathing, I need someone to do CPR," the EMT on the other end of the call says.

The woman says, with desperation in her voice, "but I'm only here by myself."

"I only need one person," the EMT says. "All right," the daughter replies. With instruction, she starts doing chest compressions, counting each one, until the ambulance arrives.

That's the way O'Hare would like to see every case go. "The patient survived and went home with good cerebral performance, as far as we know," he says. "So that CPR probably saved that woman's life."

The evidence so far is that "hands-only" CPR is at least as good as the conventional type, and there's a suggestion in the new studies that it might be better for most cardiac arrest patients -- those whose arrest is due to the abnormal heart rhythm called ventricular fibrillation, or other "cardiac" causes, as opposed to situations such as choking, near-drowning or respiratory failure.

And for children, where these noncardiac causes are dominant, rescue breathing is important.

But one thing is certain: Hands-only CPR is better than no CPR. "What we're learning," Rea says, "is that when someone collapses from cardiac arrest, you cannot make things worse. You can only make things better. You can only improve the chances of survival if you kneel down and pump the chest."