Accessibility links
Ivy Bean, Known As Oldest Twitter User, Dies At 104 Ivy Bean had become an online celebrity for her embrace of microblogging at such an advanced age. She had accumulated about 57,000 Twitter followers and maxed out at 5,000 friends on Facebook. Her tweets ranged from the mundane to the gossipy. 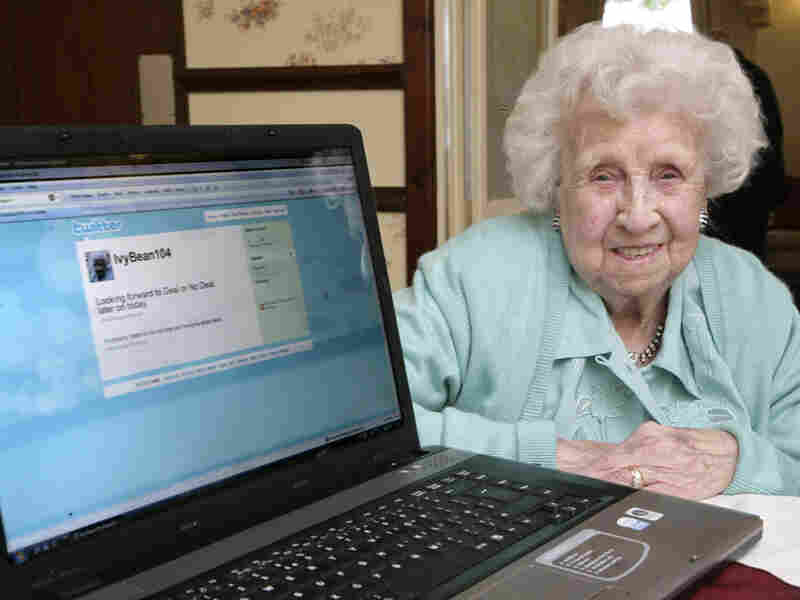 Ivy Bean, shown here in 2009, had about 57,000 followers on Twitter. She died Wednesday in northern England at 104. Bob Collier/Press Association via AP hide caption 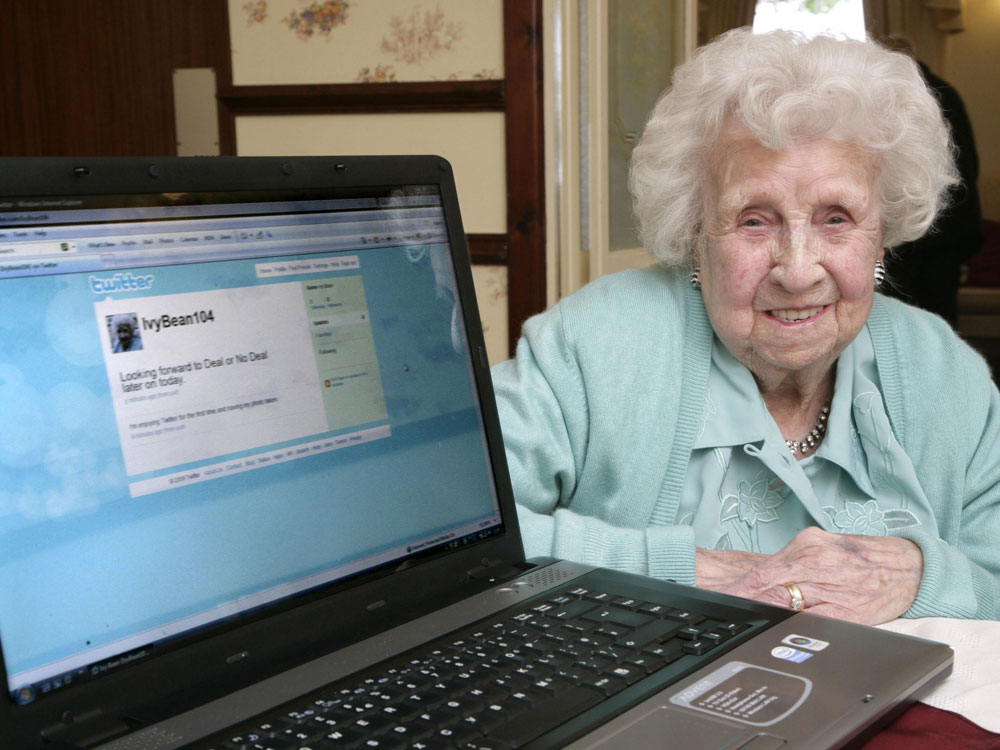 The woman known as "the world's oldest tweeter" died Wednesday at 104, the manager of her care home in Britain said.

Ivy Bean, who was better known by her handle, "IvyBean104," had become an online celebrity for her embrace of microblogging at such an advanced age.

Bean had accumulated about 57,000 Twitter followers and maxed out at 5,000 friends on Facebook. Her tweets ranged from the mundane -- "time for a tea and biscuit I think" -- to the gossipy -- "some have had a drink of lager while sat in the garden."

Sarah Brown, the wife of former Prime Minister Gordan Brown, was one of her followers. They met this year at Downing Street to talk about social networking.

Pat Wright, the manager of the care home in Bradford, northern England, where Bean lived, tweeted this message Wednesday: "Ivy passed away at 12.08 this morning." The tweet was followed immediately by: "I'm sorry it took me so long to tell you but it was a very difficult thing to do."

Bean's last tweet was July 6. It read, "going to have my lunch now will be back later."

Wright said Bean is survived by a daughter.