Accessibility links
Oil Industry Rethinks Cost, Risk Of Drilling In U.S. Tighter regulations and tougher safety standards in the aftermath of the Gulf spill could mean higher costs for companies engaged in offshore oil drilling. As a result, oil production could shift to countries with less governmental oversight and fewer safeguards. 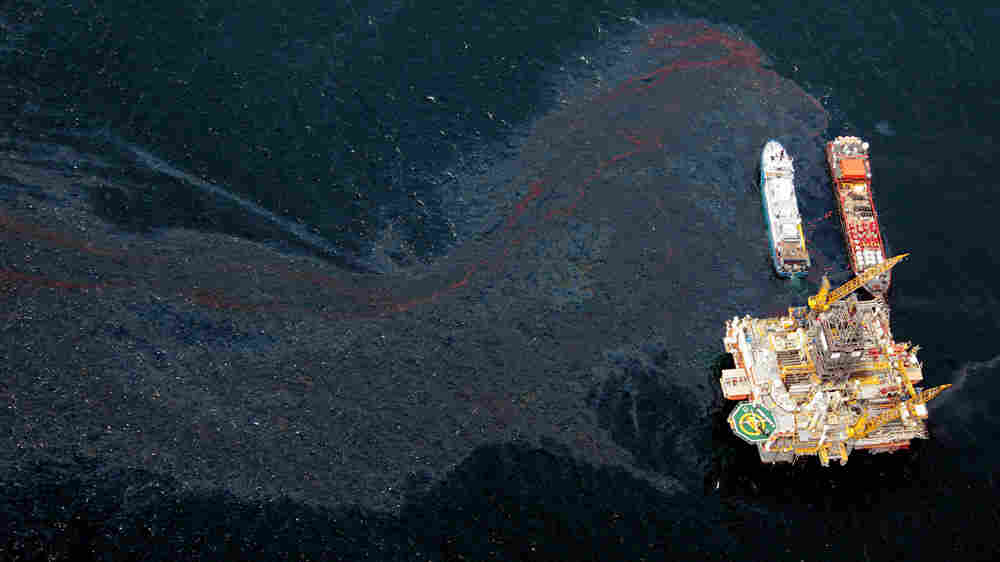 Workboats operate near the Transocean Development Drilling Rig II at the site of the Deepwater Horizon incident in the Gulf of Mexico earlier this month. Dave Martin/AP hide caption 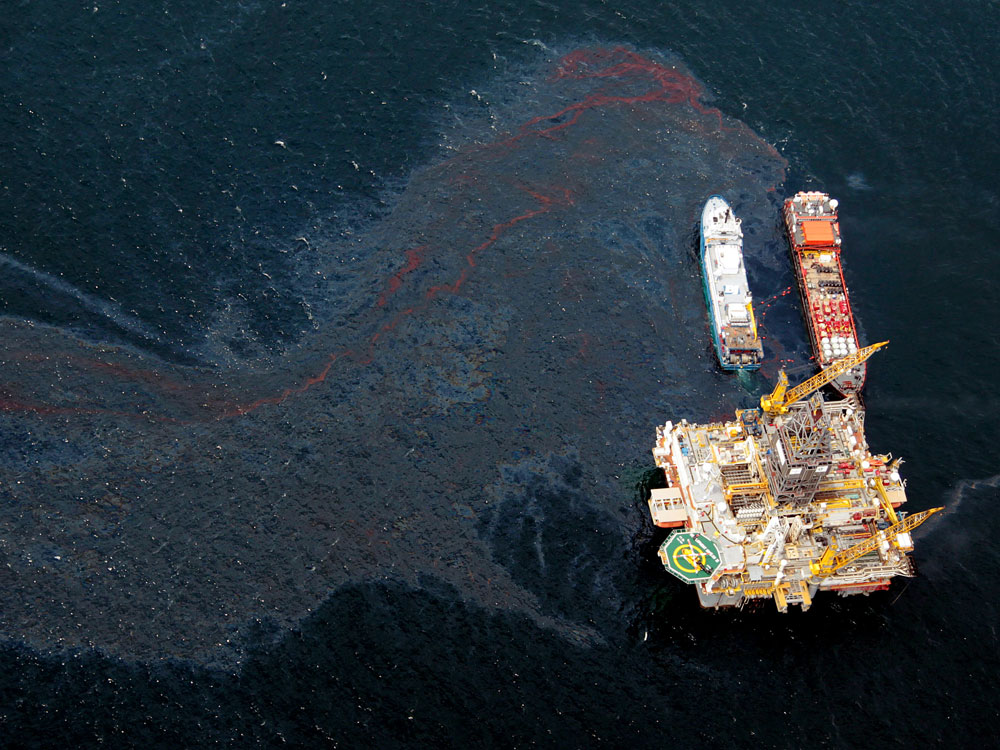 Workboats operate near the Transocean Development Drilling Rig II at the site of the Deepwater Horizon incident in the Gulf of Mexico earlier this month.

The BP spill in the Gulf of Mexico is bound to have repercussions for the oil industry and America's energy future, but experts say it could be a while before they are all sorted out -- and the final consequences could prove surprising.

At a minimum, the explosion on the Deepwater Horizon drilling rig and the subsequent spill underscored the extent to which energy companies are now searching for oil in hard-to-reach areas.

"The easy oil is gone," says Michael Klare, author of Rising Powers, Shrinking Planet. "From now on, we're going to have to dig deeper into the earth, farther offshore, farther north into the Arctic. We're relying on these extreme energy situations."

Oil experts have long recognized that truth, but the disastrous BP spill has brought the notion of what Klare calls "tough oil" home to a much wider audience, at least in this country.

Environmentalists are renewing their call for increased investment in alternative energy projects. The Obama administration has imposed a temporary moratorium on deep-water drilling, with further steps depending on the findings of the presidential panel now investigating the spill. The energy bill coming up for a vote soon in the Senate would hold oil companies more accountable for damages stemming from a spill.

A Shift In Global Production

It's by no means clear, however, that this new scrutiny and increased regulation will prompt energy companies to abandon risky drilling projects, much less to invest more in energy alternatives.

The reason: Deep-water drilling is not getting the new attention in other countries that it's getting in the United States. "In the rest of the world, countries are generally sticking with their energy plans," says Yergin, the chairman of IHS Cambridge Energy Research Associates. He sees no sign of second-thinking in those countries that have invested the most in offshore oil operations.

In the rest of the world, countries are generally sticking with their energy plans.

"Whether it's Brazil, Angola or Norway, offshore developments are very much tied into their overall economic development goals," Yergin says, "and so I think they are going to continue. Some countries may even see an intensification of activity as operators move away from the Gulf of Mexico, at least temporarily, to other parts of the world."

This could be one of the early consequences of the Gulf of Mexico spill: a significant shift of global oil production. Brazil and Norway, with ambitious offshore drilling projects under way, would be likely to gain, but so would countries with minimal drilling regulations, including Nigeria, Angola and Equatorial Guinea. BP is said to be ready to begin deep-water drilling off the coast of Libya.

David Kotok, who monitors the oil industry as chief investment officer for Cumberland Advisors, says he can imagine a scenario of reduced offshore oil production in U.S. waters.

Such a shift could develop in the coming months. Massive drilling rigs like the Deepwater Horizon platform rent for as much as a half-million dollars per day. Some are now sitting idle as a result of the six-month U.S. drilling moratorium. The companies that own the rigs may be tempted to move them to parts of the world where deep-water drilling continues unchecked.

"That may take six months or a year," Kotok says, "but they will do so. And when they do, if we then change the [drilling] rules and say, 'Come on back,' it will be too late. You don't pick up and move these things quickly."

Such projections are in the realm of speculation. "We're still in the 'uncertain' phase," Yergin cautions. It's too early to say what the Gulf of Mexico spill will finally mean for the Gulf environment, for the oil industry, for U.S. energy security or even for oil prices.

Authoritarian oil-rich governments could clearly benefit, but the American public could also demand more investment in energy alternatives. The oil industry could yet adopt new technology that would lessen the risks associated with deep-water drilling or drilling in the Arctic. But experts agree on one point: An oil disaster on this scale is bound to alter the industry in one way or another.