Accessibility links
Cities, Websites And Hotels At Odds Over Taxes Online travel companies such as Orbitz and Expedia don't believe they need to collect taxes on the full amount they charge for hotel rooms. This has led to a big lobbying fight in Congress and dozens of lawsuits nationwide.

Cities, Websites And Hotels At Odds Over Taxes

Cities, Websites And Hotels At Odds Over Taxes 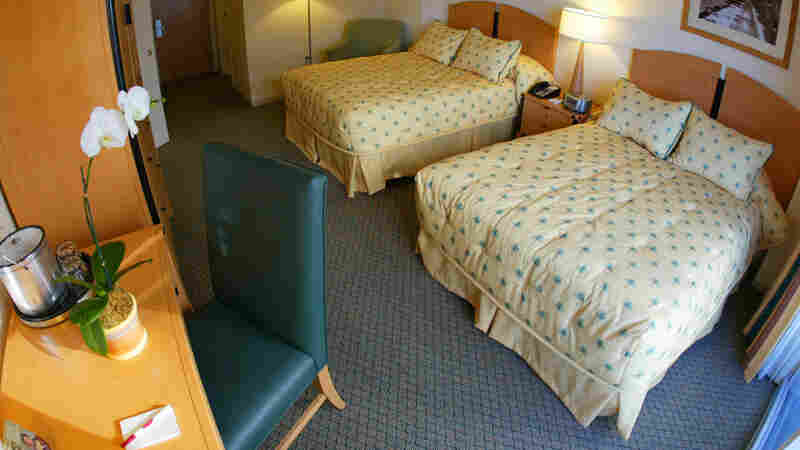 The question is: How much in taxes should the city get if you book this online? Joe Raedle/Getty Images hide caption 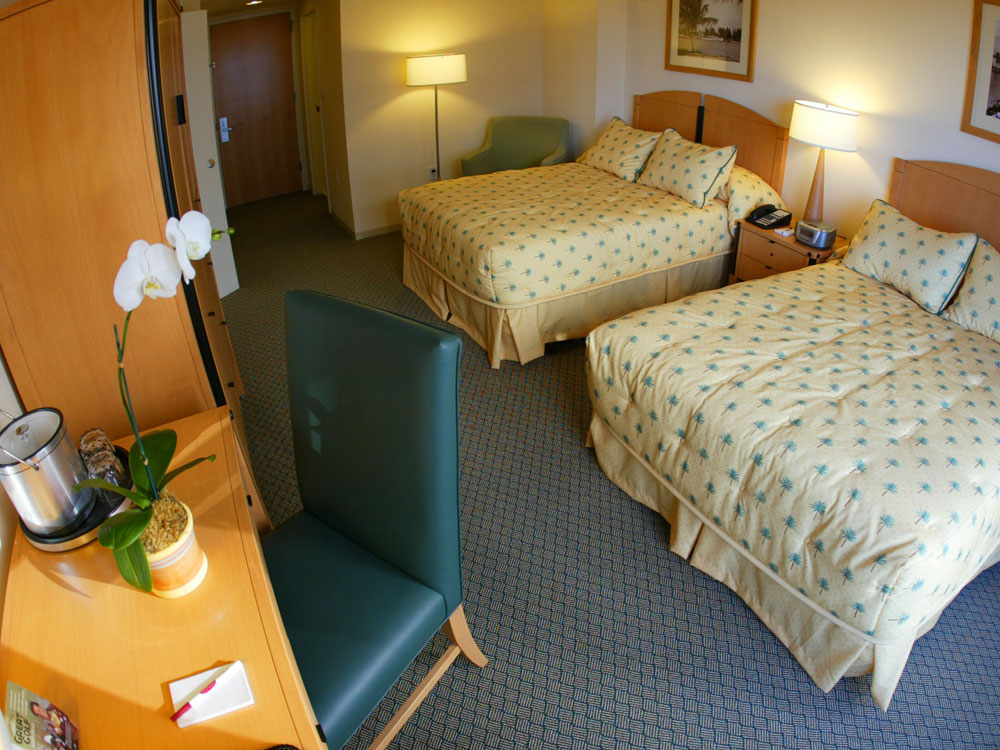 The question is: How much in taxes should the city get if you book this online?

Atlanta won a court case last week that will bring in more money for the city. And the same legal argument heard there -- about whether the city now is simply able to collect taxes that it said it was already owed, or whether it's imposing a new tax altogether -- has taken place in courtrooms all across the country.

A seemingly technical question about taxing hotel rooms has triggered dozens of lawsuits nationwide, as well as a big-money lobbying fight in Congress.

On one side are online travel companies such as Expedia and Travelocity, which claim that cities -- because of their miserable budget situation -- are attempting a money grab by demanding tax payments to which they're not entitled.

The online travel agents have hired some high-priced talent to make their case in Washington, including former Sen. Bob Dole, the 1996 Republican presidential nominee. And the industry succeeded earlier this month in persuading Missouri to pass a law barring its cities from dunning them for taxes.

For their part, cities across the country -- more than 40 of which currently have lawsuits pending -- argue that the online companies are seeking to skirt their responsibility to collect taxes on the full value of the rooms they book. The American Hotel and Lodging Association also worries that its members are at an unfair disadvantage, and that cities might end up trying to squeeze tax revenues lost to the online companies from hotels themselves.

But municipal officials say that the principle involved goes far beyond the hotel issue. They're worried that online travel companies might change the rules of the game when it comes to countless other types of transactions in which third-party brokers are involved.

If the online travel companies are about to get this tax loophole for themselves, we certainly expect other industries to come in and say, 'We should get this special treatment.'

Lars Etzkorn, a program director with the National League of Cities

"This is a horrible precedent," says Lars Etzkorn, a program director with the National League of Cities. "If the online travel companies are about to get this tax loophole for themselves, we certainly expect other industries to come in and say, 'We should get this special treatment.' " And that could mean millions in lost tax revenue.

'Eviscerating The Tax Base'?

The online travel companies have contracts with hotels that give them what amounts to a commission for renting out rooms. The whole argument turns on the question of whether taxes should be collected on the entire amount they charge consumers, or whether they're offering a service that is not taxable.

For cities, the idea that there are two separate transactions -- one involving the rental of the room and the other a service fee for arranging the rental -- is absurd. Travelers have always paid taxes on the full cost of the room, including when they book through traditional travel agents.

What the online companies are trying to do, municipal officials argue, is tax only on a wholesale price (equivalent to the amount those companies send on to the hotels), not the full retail price that consumers are paying (which includes the share that goes to the online company). It's as if Wal-Mart said it's only acting as Procter & Gamble's agent when it sells you a tube of Crest and therefore should collect taxes based not on what you pay, but on what it has paid P&G for the product.

"The thing that concerns tax collectors is if you can start piecemealing out what from all outward appearances is a sale on something," says Jim Eads, executive director of the Federation of Tax Administrators. "Then you have eviscerated the tax base."

More than 40 states, cities and counties have sued online travel companies over occupancy taxes. Some of the larger cities where suits are under way:

The online travel companies say they're not in the business of selling toothpaste, or cars, or any other material good. They never actually take possession of the hotel rooms they rent out. They just facilitate the rental.

"We believe there's a very clear emerging standard of law in this area, that online companies are not covered by occupancy taxes because they do not own or operate hotels," says Andrew Weinstein, spokesman for the Interactive Travel Services Association, the online companies' trade group.

Indeed, that argument has been strong enough to prevail in most of the court cases that have been decided so far. Most municipal statutes were written prior to the Internet age and contain language to the effect that occupancy taxes should be collected by the owners of hotels. Since Orbitz and Travelocity don't own hotels, they don't have to collect the taxes.

But they have lost some cases, too. Last year, Expedia was ordered by a judge in Washington state to pay $184 million for breach of contract. The company had confused consumers about which parts of their bills paid for service fees and which covered taxes, according to court documents.

Meanwhile, a number of cities, including New York, have rewritten their ordinances to make it clear taxes must be paid on the full amount travelers get charged, whether by Marriott or by Travelocity.

The online travel companies are pushing to block such laws. But the industry's great hope is to get Congress to block cities from making such moves entirely. They have recently been joined in their effort by other parties that might benefit from such a precedent, including eBay.

But with the hotel lobby lined up against them, they may not succeed. If they have to continue slugging it out on the local level, they are certainly willing to play hardball. Online travel companies have "delisted" hotels in entire cities such as Columbus, Ga., that have -- like Atlanta -- prevailed in court when they went after the firms for taxes.

"Our companies will have to decide on a case-by-case basis," says Weinstein, the online travel industry spokesman.