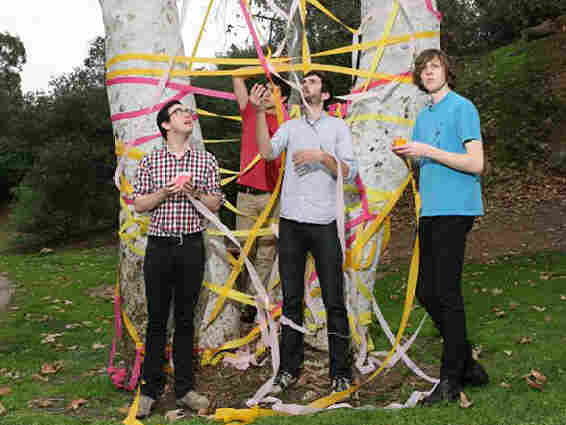 On Champ, the Toronto band Tokyo Police Club has slowed down its tempo. courtesy of the artist hide caption 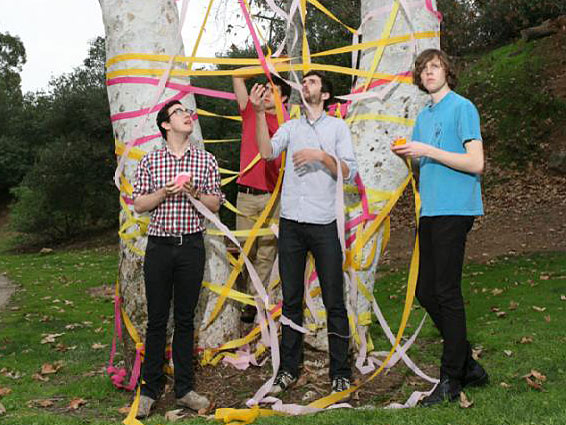 On Champ, the Toronto band Tokyo Police Club has slowed down its tempo.

When I glommed on to Tokyo Police Club's debut EP in 2006, all I knew was that the band was four teenage guys from Toronto who kept their tempos up and their track lengths down. So I was pleased to learn that, unlike their musically schooled exemplars, none of them could play an instrument back when they started. That's why their EP was a little crude, with cycling guitar riffs.

I believe in self-taught musicians because I believe they're more likely to arrive at the essential pop amalgam of simplicity, originality and organic growth. Sure enough, two years later, Tokyo Police Club had slowed down a little and turned inward a lot on an album called Elephant Shell that crammed 11 songs into 28 minutes -- that's still pretty fast. So it's noteworthy that its new album, Champ, which brings the same number of songs up to 34 minutes, announces itself with "Favourite Food," a song about old age that really takes its time.

As it turns out, nothing that follows "Favourite Food" is quite as leisurely or explicit. But the song is a turn signal, a statement of purpose. Although Champ's lyrics aren't altogether straightforward, they evoke a coherent mood suitable to the intelligent young up-and-comers Tokyo Police Club's members now are. Even a song called "Breakneck Speed" maintains a pointedly medium tempo.

Bands that start out short-fast-hard are generally guitar-dominated. In Tokyo Police Club, however, Graham White's keyboard is the key instrument, while bassist David Monks sings lead. Between them, they sketch out a world in which, and I quote, "we stay up as late as we like" and "wasting is an art." Granted, in one called "Bambi," Monks sounds as if he hasn't quite mastered the art of wasting yet. But you assume he'll have outgrown that problem by the time Tokyo Police Club releases its next album -- which, at the thoughtful pace it's established, should be sometime in 2012.