Accessibility links
Fans 'Can Trust' New Los Lobos Album Los Lobos has been active since the 1970s, and during that time the band has done everything from opening for Bob Dylan, U2 and the Grateful Dead, to recording a tribute album to Walt Disney soundtracks. Rock critic Ken Tucker says Los Lobos' new album, Tin Can Trust, stands with the group's best work.

Hear 'Tin Can Trust' In Its Entirety 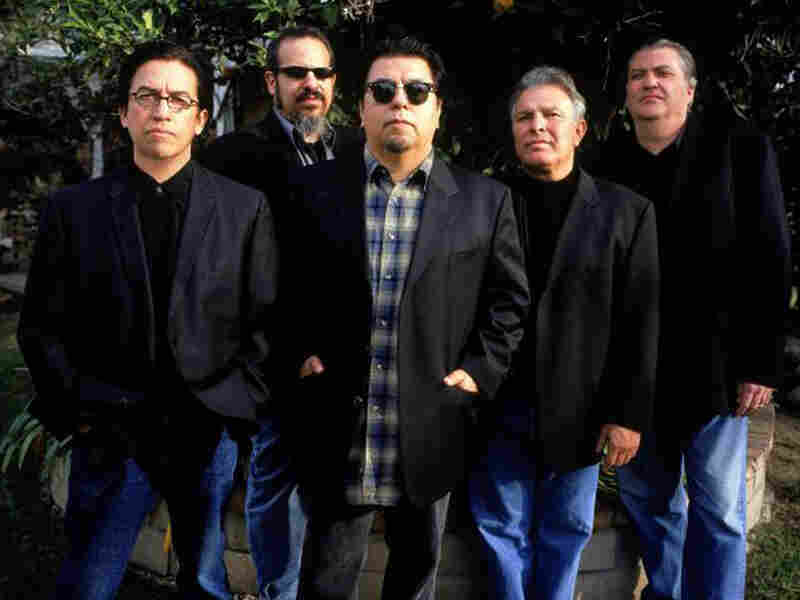 Los Lobos' latest album Tin Can Trust is their latest to combine the sounds of rock and roll, country music and traditional Mexican and Spanish tunes. courtesy of the artist hide caption 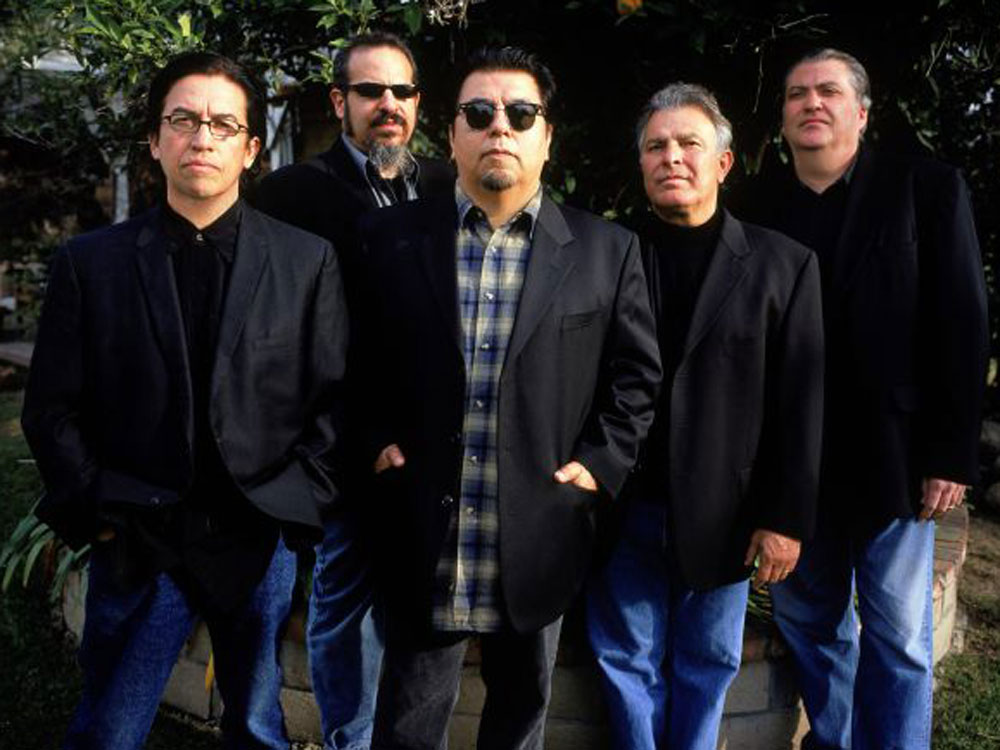 Los Lobos' latest album Tin Can Trust is their latest to combine the sounds of rock and roll, country music and traditional Mexican and Spanish tunes.

Los Lobos is a master of creating moods, of summoning up a setting and putting you in the center of it. From the band's major-label debut Will The Wolf Survive to the new Tin Can Trust, the band has always sung about people who take their pleasures where they can find them, and who lead rich imaginative lives. There's an entire world that opens up in the beautifully languid stroll described in one of the band's finest songs ever, "On Main Street."

One of the most impressive things about this album is the way Los Lobos shifts between a hard-boiled realism and a free, open lyricism. I'm not entirely sure what the lyrics of "Jupiter or the Moon" mean, but I know that the gorgeously eerie soundscape the song creates, with its bluesy ease and lunar jazz coolness, is a world I want to live in for a while.

To be sure, there's a certain fatalism to some Los Lobos music. This album features two songs in which the narrators use the phrase "burning down" to describe a scorched-earth approach to dispatching a troubled past, in hopes of building a better future. Yet, I can't think of an example over 30 years of music-making in which they've resorted to cheap cynicism or knee-jerk nihilism. Melancholy or hopelessness is always tempered by precise detailing, whether it's a guitar line that lifts despair into a thing of beauty, or a lyric suggesting that any state of mind is more complex than mere depression.

Los Lobos save its most audacious song for the end of this album. Called "27 Spanishes," songwriters David Hidalgo and Louie Perez describe it as an attempt to tell "the entire tale of the Spanish conquest of Mexico, blow by blow." I'm staggered to hear that they come awfully close to achieving just that, encased in a quiet, lean, mean blues epic.

There isn't a false note on Tin Can Trust. It moves with the assurance of men who have the confidence to follow the path of a stray guitar or keyboard riff, pursuing the implications of a simple but tricky phrase like "tin can trust." They let the listener fill in the blanks about what guitars, keyboards, accordion, fiddle and some blunt yet poetic phrases have to say about the lives they see around them, and the lives we all live.