Accessibility links
WikiLeaks: An Editor-In-Chief Or Prolific Source? WikiLeaks' latest disclosure relied on journalistic heavyweights to do the lifting of sorting through and presenting documents. WikiLeaks' executive editor sees the unveiling as collaboration between peers, but some journalists still consider WikiLeaks a source and not an objective partner. 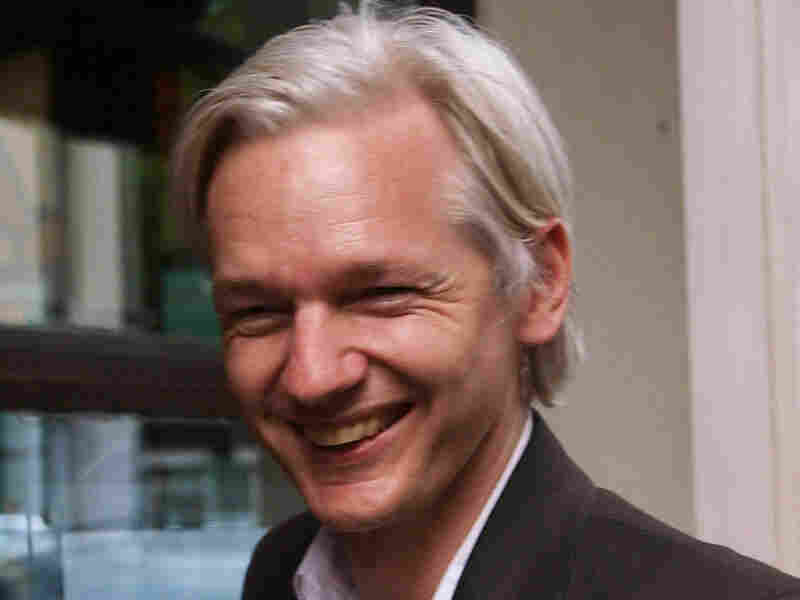 Julian Assange, founder and editor of the WikiLeaks website, faces the media during a debate in London last week. On Sunday, the website released some 90,000 leaked U.S. Army and intelligence documents relating to the war in Afghanistan. Max Nash/AP hide caption 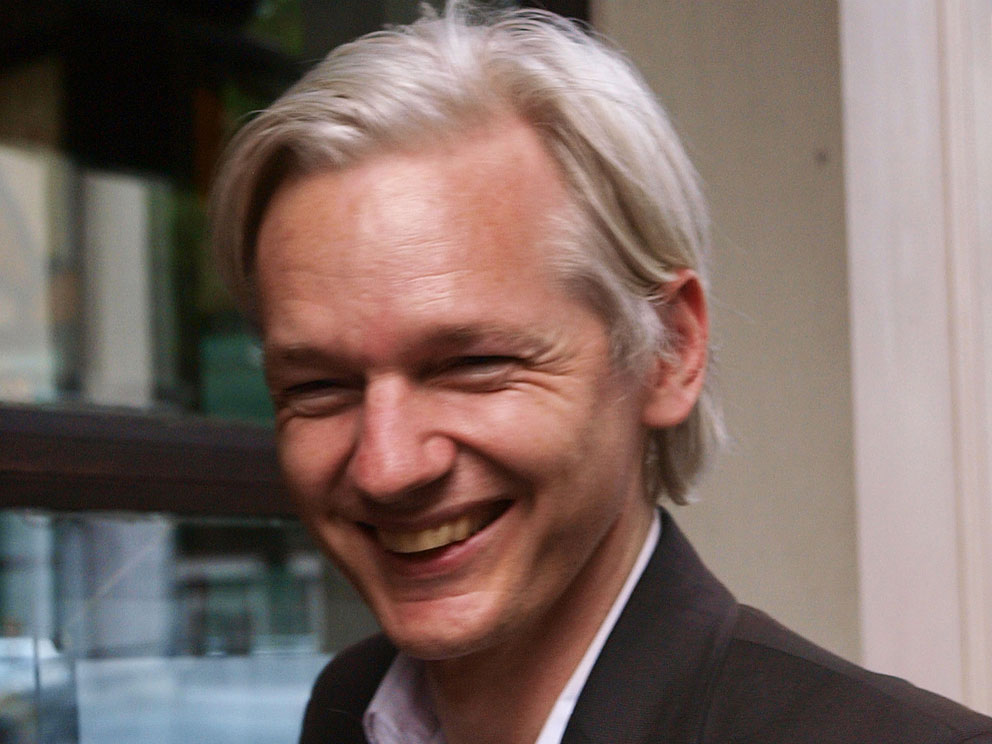 Julian Assange, founder and editor of the WikiLeaks website, faces the media during a debate in London last week. On Sunday, the website released some 90,000 leaked U.S. Army and intelligence documents relating to the war in Afghanistan.

The shadowy website WikiLeaks proved this week it can obliterate the ability of the U.S. government and the military to smother the circulation of closely held secrets.

Earlier this week, the site's posting of more than 90,000 classified documents about the war in Afghanistan prompted a criminal investigation and calls from some congressional Democrats to rethink American involvement there.

But its decision to give The New York Times, The Guardian in the U.K. and Der Spiegel in Germany an advance look -- and thus inspire heavy coverage in three major Western powers -- has sparked an intense debate inside the journalism profession.

Much of the debate centers on how to define what WikiLeaks actually is.

"I've shied away from the term 'whistle-blower' because that has a kind of, you know, halo around the term," says New York Times Executive Editor Bill Keller. "But they are an advocacy organization. They have a point of view, and an ideology and they have a modus operandi, which consists of getting information wherever they can, and making it public."

Indeed, the people from WikiLeaks argue that most secrets should be revealed to the world. They use servers in countries scattered across the globe to evade detection and software to cloak leakers in utter anonymity.

The group's Australian leader, Julian Assange, lives a life on the run, saying he has much to fear from governments he has angered. He has strongly suggested that some acts by American service members are "war crimes," and he opposes the U.S. presence in Afghanistan and Iraq.

Its earlier release of a video showing American helicopter troops in Baghdad shooting a Reuters photographer and other Iraqis was provocatively titled "Collateral Murder" and criticized by some as anti-war propaganda. Assange explicitly decided against giving Pentagon officials a chance to provide context.

But Assange also calls himself WikiLeaks' editor-in-chief, a news executive's title, and in an interview with NPR, he seemed to suggest he considered himself part of a journalistic enterprise -- saying "we" several times in describing what he thought journalists should and should not do.

Steven Aftergood, director of the government transparency project for the Federation of American Scientists, has fought to pry open classified records for years. But he notes that WikiLeaks traffics in all manner of secrets, such as the private rites of college sororities and Masons and Mormons. Aftergood says WikiLeaks often fails to ask fundamental journalistic questions about the material it posts: Is it relevant to public policy, or to public accountability? Does it injure anyone?

"It seems they have adopted a stance that secrecy is always wrong and that disclosure -- even if it's compulsory, unwilling disclosure of private individuals' records -- is always justified," Aftergood says. "And to my mind, that's not just wrong, it's idiotic and dangerous."

Yet Aftergood says WikiLeaks sometimes provides a public service and this is one of those times. WikiLeaks focused on a matter of true public interest; it took safety considerations into account, and it invited experienced journalists from authoritative publications to review the authenticity and import of the documents it intended to publish.

"I think these are signs that WikiLeaks is learning from experience, as we all should," Aftergood says.

Journalists for the Times authenticated documents, selected relevant ones for publication, and presented their findings to Pentagon officials. The paper withheld elements that editors felt might endanger American military personnel, Afghan civilians or the war effort more generally -- and provided a back channel, through editors at The Guardian -- for some concerns from Defense Department officials. WikiLeaks held back about 15,000 documents for further review.

Journalist Shane Harris, author of the book The Watchers, about government surveillance since the Sept. 11 attacks, says WikiLeaks unnerves government officials because it appears to act utterly beyond their reach. But here, Harris says, Assange played a journalistic, or at least a journalistic-ish, role.

"There's obviously no accreditation process for something like this. But in this case, yeah, I think he is actually acting like an editor," says Harris, who covers intelligence issues for Washingtonian magazine. "I almost look at him, in this particular instance, as someone who got ahold of information from a source [and] decided he wanted to bring in other journalists to partner with him in the publication of that information.

"It's like, you know, The New York Times pairing with Frontline," Harris says.

A 'Source,' Not A Journalistic Partner

Assange was frustrated by the lack of coverage about earlier postings by WikiLeaks. He says the sheer volume of leaked documents overwhelmed journalists. The exclusive arrangements with the Times, The Guardian and Der Spiegel, Assange tells NPR, gave their reporters time to verify and write about the documents -- and an incentive to do so.

And Assange says the project represents a collaboration with those publications.

Not so, says Keller of the Times.

"First of all, I don't call it a collaboration or alliance," Keller says, "because that suggests some shared purpose, and it suggests they had some involvement in what we did with the material, which they did not. They were a source."

He says the documents were newsworthy because they provide texture and heft to earlier reporting about Afghan civilian deaths and ties between Pakistani intelligence and the Taliban. And Keller says WikiLeaks would have posted the documents no matter what his newspaper decided to do.

"WikiLeaks doesn't need The New York Times or The Guardian," Keller says. "It has the ability to publish and circulate its stuff around the world ... instantaneously."

That's the biggest change from the days of the Pentagon Papers, when a reporter for the Times spent weeks stealthily photocopying the secret official history of the Vietnam War.

The game changers in the equation are the speed and the anonymity WikiLeaks now affords. The surprise is that the spectral new publisher showed it can find a new way to play by the rules -- when it wants to.