Accessibility links
Repertoire Of Horrors: The Films Of Roger Corman Roger Corman is the man behind horror films like Little Shop of Horrors and Piranha, which are currently being re-released as part of a cult classics series. He recently talked to NPR's Renee Montagne about his filmmaking philosophy. 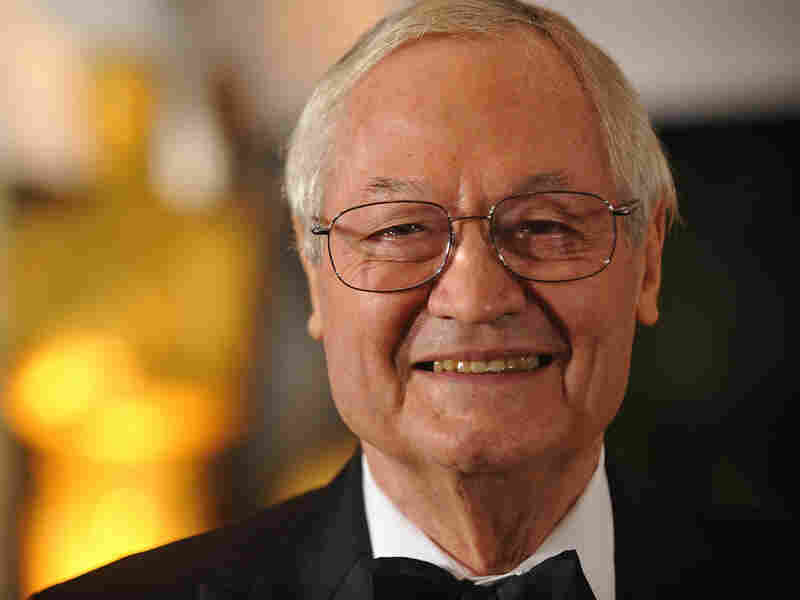 Roger Corman, who has produced approximately 350 films, says he's always set out with one main objective in mind: to entertain the audience. Getty Images hide caption 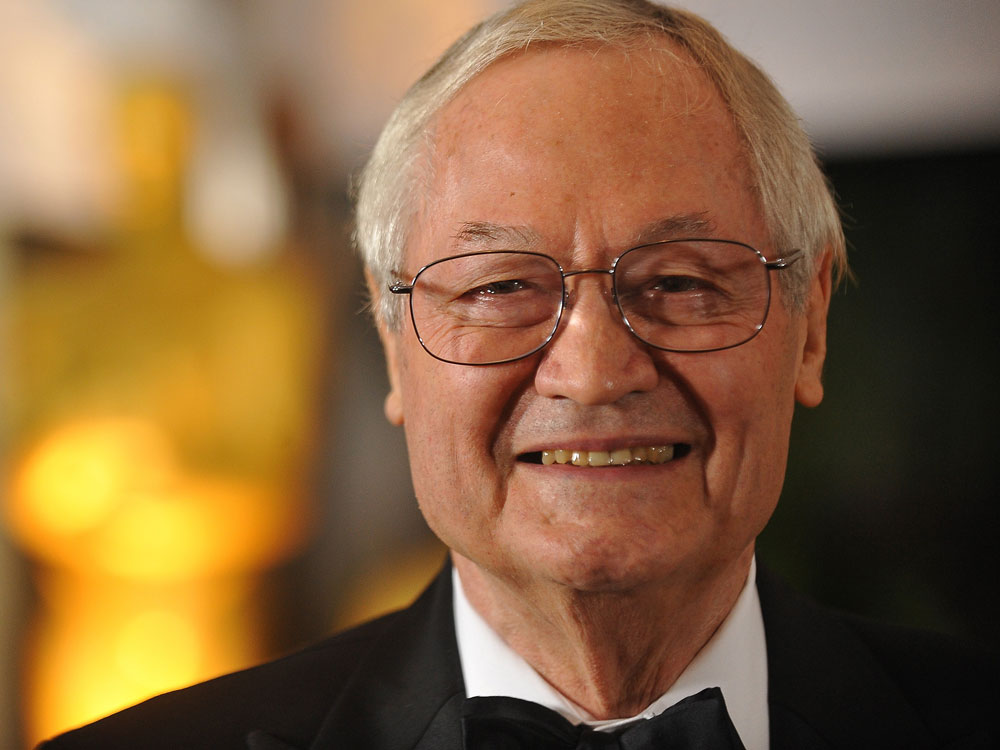 Roger Corman, who has produced approximately 350 films, says he's always set out with one main objective in mind: to entertain the audience.

Roger Corman -- often referred to as the "King of the B Movie" -- is something of a Hollywood legend, famous for making low-budget cult horror films like Piranha and Little Shop of Horrors. But Corman has also mentored many now-famous directors -- including Martin Scorsese, James Cameron and Ron Howard -- and employed many a star before they made it big. (He worked with Sylvester Stallone in Death Race 2000, released the year before Rocky.)

This year, Corman's films are being re-released on DVD, one a month or so as part of the "Roger Corman's Cult Classics" series. Ultimately, 50 titles will be released.

Corman, who has directed more than 50 movies and produced around 350, started to find success with "creature features" pretty early on in his career. In many cases, he would just come up with a title before fleshing out his ideas. His 1957 movie Attack of the Crab Monsters was just one example.

More from Roger Corman on:

"I had no story," Corman tells NPR's Renee Montagne. "I do this quite a bit: I'll come up with a title, and then I'll write the first treatment or outline, and then work with a screenplay writer on the script."

Make It Fast, Make It Cheap, Entertain The Crowd

To Corman, a filmmaker's first order of business is to entertain the audience. If there's any social commentary involved, it should never be too intrusive to the plot.

"We then try to make as intelligent a story where we can, off of something that is maybe a little bit outlandish," he says. "We try to bring a little bit of logic to film."

Corman's other chief rules: Make it fast, and make it cheap. He's known, not to say notorious, for being unwilling to spend more than he absolutely must. He'll reuse movie sets: He shot the 1960 horror comedy Little Shop of Horrors -- which featured Jack Nicholson in a bit part -- in two days and a night on a borrowed set built for another movie entirely. He didn't pay a dime for it.

A quick look at three areas where the King of the Bs' connections might surprise you:

"I had an office at a small rental studio in Hollywood, and somebody had built a rather good set for a picture there," he explains. "And I said, "Well that's a really good set you have there. And if nothing's coming in, I'd like to experiment.' "

Years later, the filmmaker still has warm feelings when he thinks about Little Shop.

"For many years after it was made, it was shown at midnight screenings. And Warner Brothers made a multimillion-dollar bigger version of it, which was a good picture but wasn't quite as funny," Corman says. "Our picture was certainly not as good or big as a Warner Brothers picture, but there was a spirit to it. We were all young people. ... We were all just fooling around." 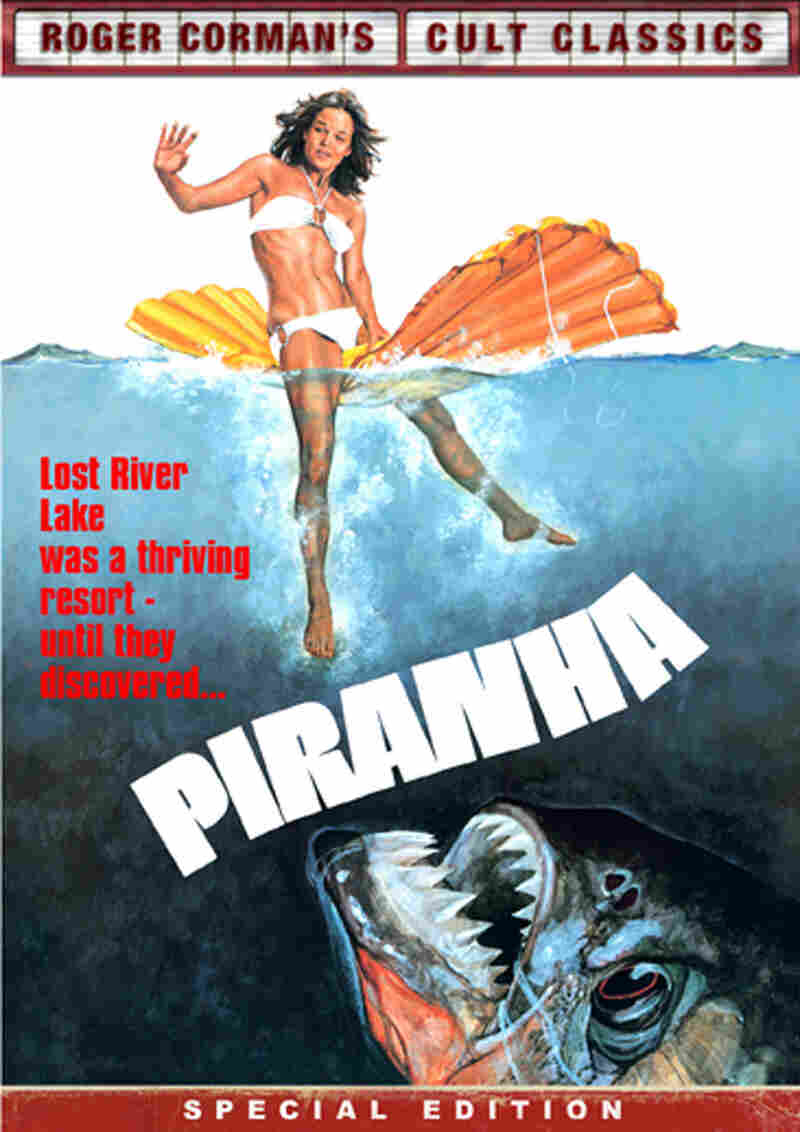 The 1978 film Piranha is among the films being released as part of "Roger Corman's Cult Classics" collection this year. Shout! Factory/New Horizons hide caption 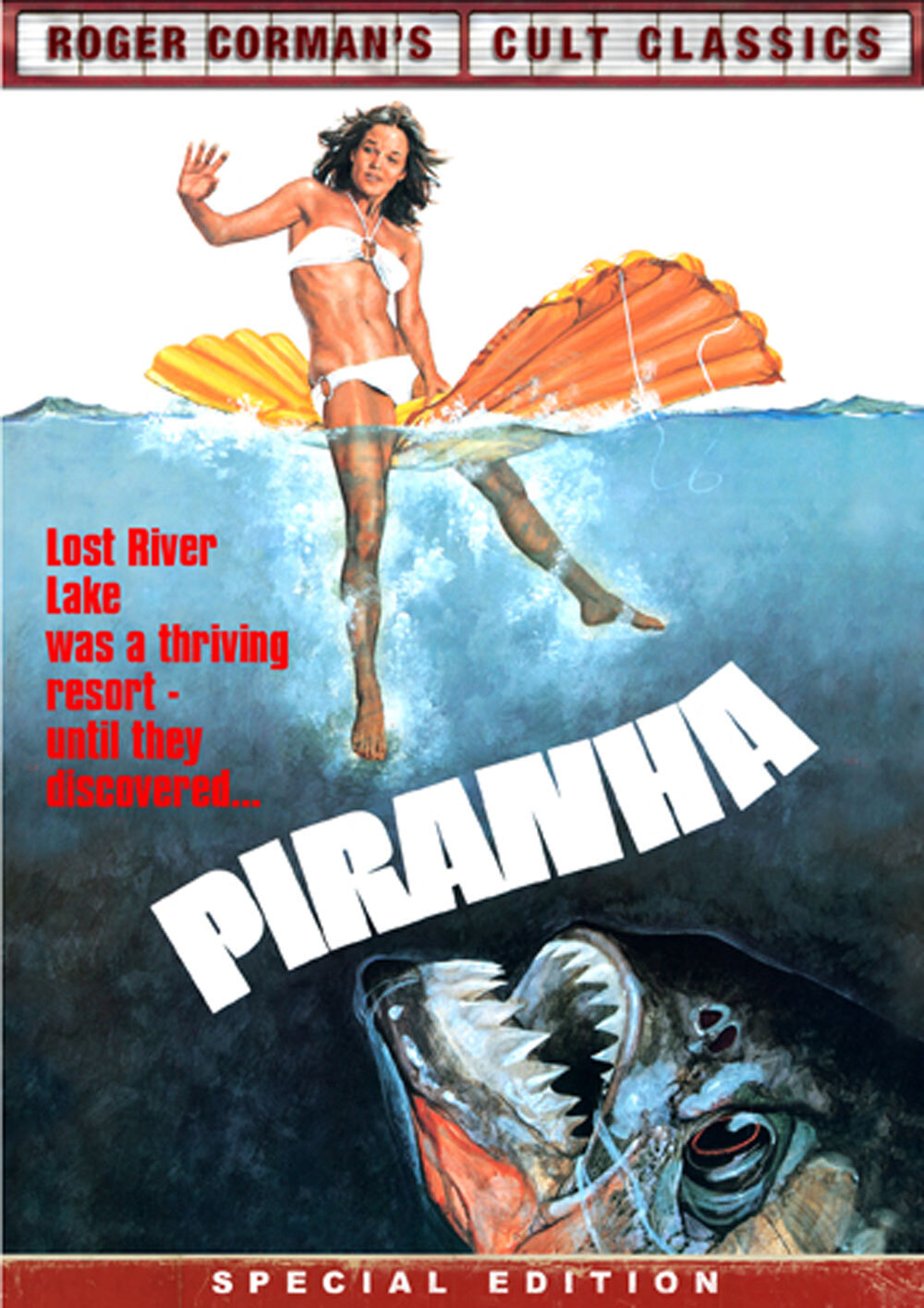 The 1978 film Piranha is among the films being released as part of "Roger Corman's Cult Classics" collection this year.

Corman never changed his approach to filmmaking -- even when bigger-budget monster films began seeing success in Hollywood. His 1978 film Piranha came out shortly after Steven Spielberg’s Jaws, and Corman says he was bothered a little bit by the success of the film: He and his colleagues, he thought, had done well making similar movies for years. (Even Vincent Canby, then-lead critic for The New York Times, said Jaws was basically a big-budget Roger Corman film.)

"It was also a better film," Corman says now. "And when I saw the film, I thought, the studios are beginning to catch on to what we're doing -- and indeed they did."

For Corman, horror is a genre that appeals to the masses for reasons going back to early childhood. Kids are frightened by monsters under the bed, and when they get older, they tell themselves it was all part of their imagination.

"I think the task of the filmmaker is to break through and hit that horror that still remains in the unconscious mind," Corman says. "And there's a certain amount of catharsis there. And I think that's one of the reasons -- if not the main reason -- why horror films, novels, even plays, are so popular."

There's no corner of pop culture that Roger Corman hasn't touched -- or taken inspiration from. Here's a quick look at just three areas where the connections he's made might surprise you.

Roger Corman took home an honorary Oscar of his own in November 2009, but his operation has long been producing Academy Award winners. Some examples:

• Francis Ford Coppola (Best Director, The Godfather Part II) Got his start when Corman hired him to turn old Soviet sci-fi footage into the 1960 film Battle Beyond the Sun. 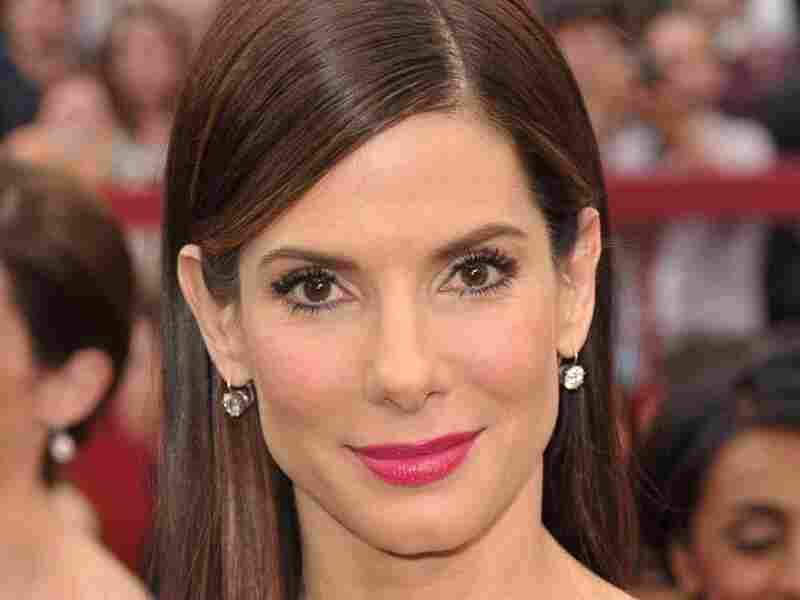 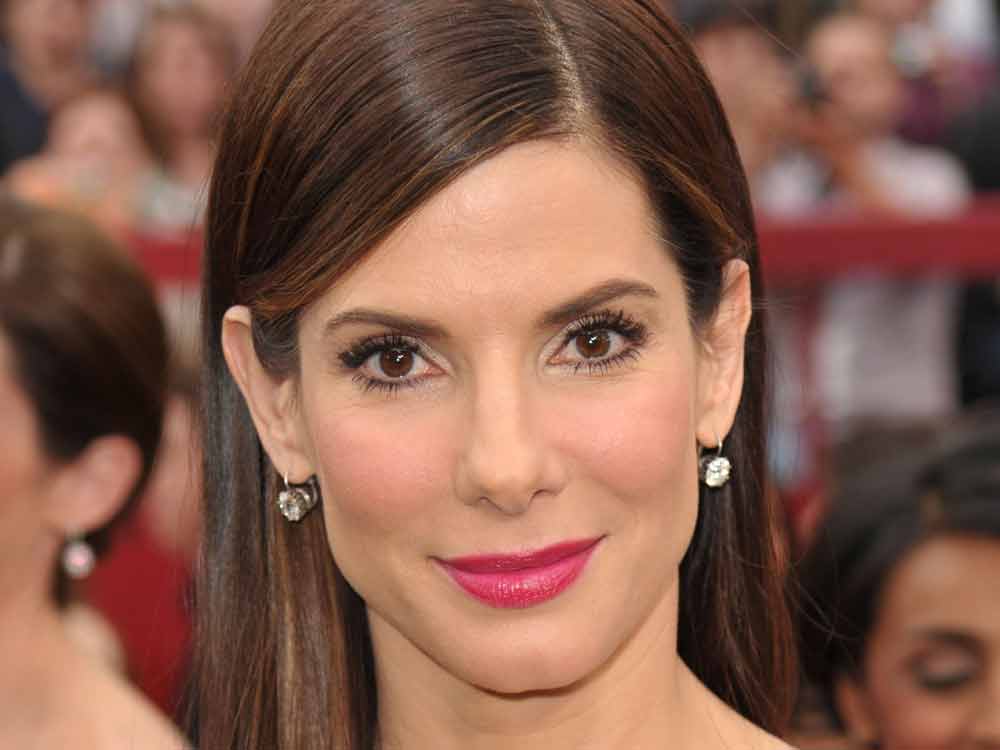 • James Horner (Best Score and Best Song, Titanic, 1997) Wrote an epic score for the 1980 space opera Battle Beyond the Stars; Corman has recycled it in countless films.

• Sandra Bullock (Best Actress, The Blind Side, 2009) Corman's 1993 environmental thriller Fire on the Amazon is one film she doesn't brag about. Maybe it's the sexy nude scene.

Corman enjoys appearing in the films of former proteges. Some standout roles:

• The Howling directed by Joe Dante (1981) In a barroom scene, Corman spoofed his own tightwad image, checking the coin return of a pay phone for loose change.

• The Silence of the Lambs, directed by Jonathan Demme (1991) Corman looked authoritative as the head of the FBI in this Best Picture winner.

• Philadelphia, directed by Jonathan Demme (1993) Corman aced the key role of a canny businessman whose testimony on the witness stand puts Tom Hanks in a bad light.

• Looney Tunes: Back in Action, directed by Joe Dante (2003) Corman was cast as a film director peeved by Daffy Duck's shenanigans. 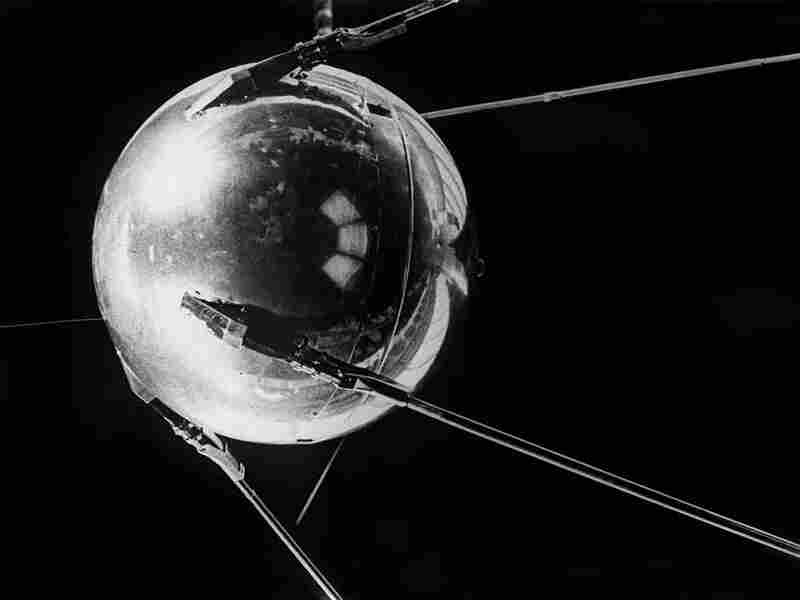 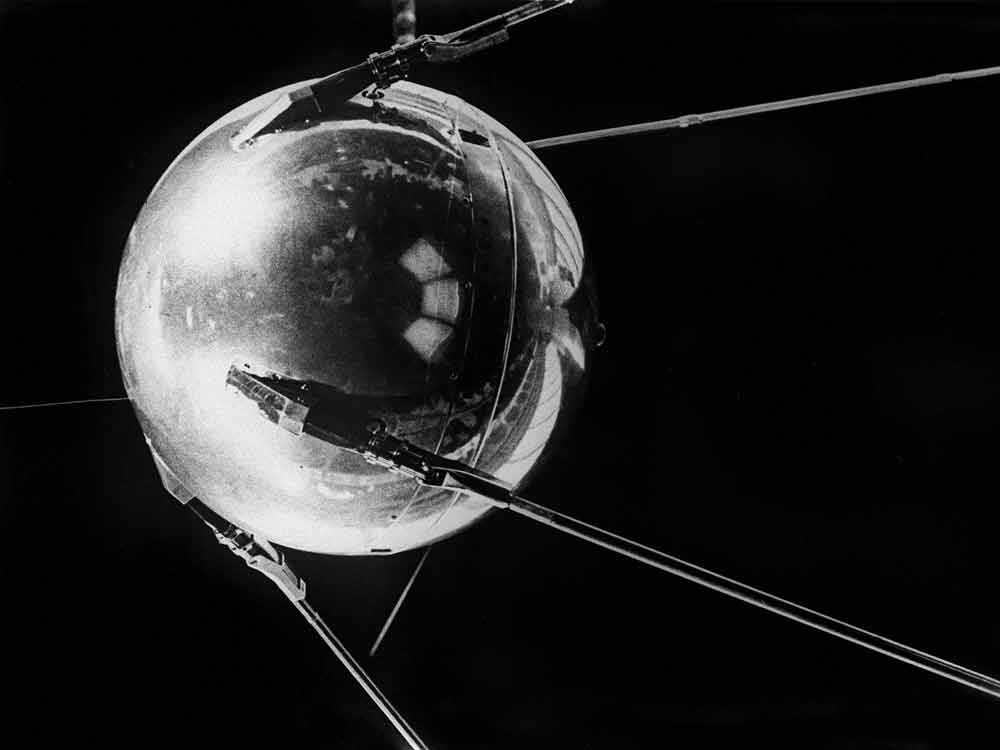 An Eye On The Headlines

Corman has always found inspiration in the big events of the day. Some examples:

• War of the Satellites (1958) When the Russians launched Sputnik, Corman conceived this outer-space quickie. Shot in three weeks, it screened in drive-ins soon thereafter.

• The Intruder (1962) Corman tackled the serious issue of school desegregation when few others dared. William Shatner stars as a stranger who arrives in a small Southern town to stir up trouble.

• The Wild Angels (1966) Corman's inspiration was a magazine cover depicting a biker funeral. The Hells Angels played themselves, and this classic biker flick led directly to 1969's Easy Rider.

• The Hunt for Noriega Circa 1990, when Panama's deposed military dictator eluded his captors, Corman sprang into action. A writer was hired, but the deal got canceled one day later when Noriega was found.