Accessibility links
What's Healthier: Raw Milk Or Regulation? On a recent morning in Venice, Calif., workers at Rawesome Foods were opening up shop for the day when there was a knock on the door. Guns drawn, police entered the natural food store and found the contraband in the dairy case. It was raw milk. 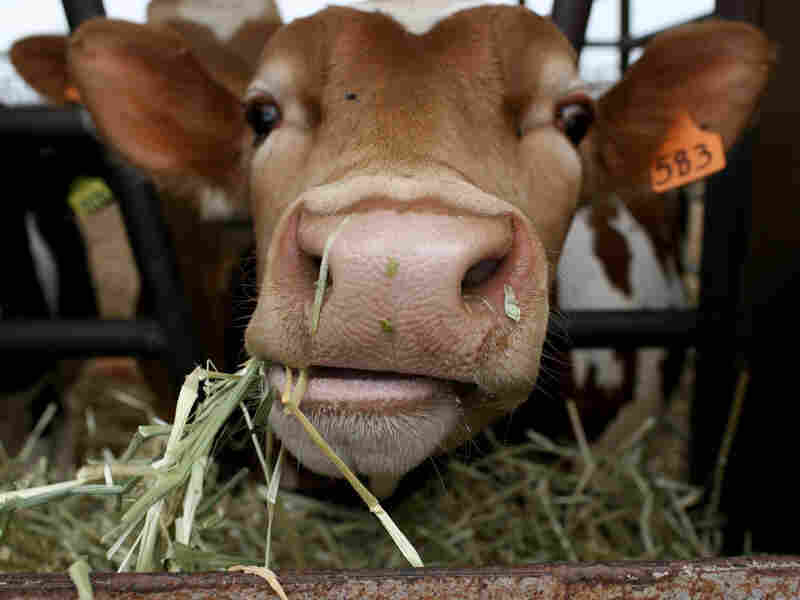 If cow's udders weren't so close to their rear ends, raw milk might not be so risky, according to food safety consultant Bill Marler. Justin Sullivan/Getty Images hide caption 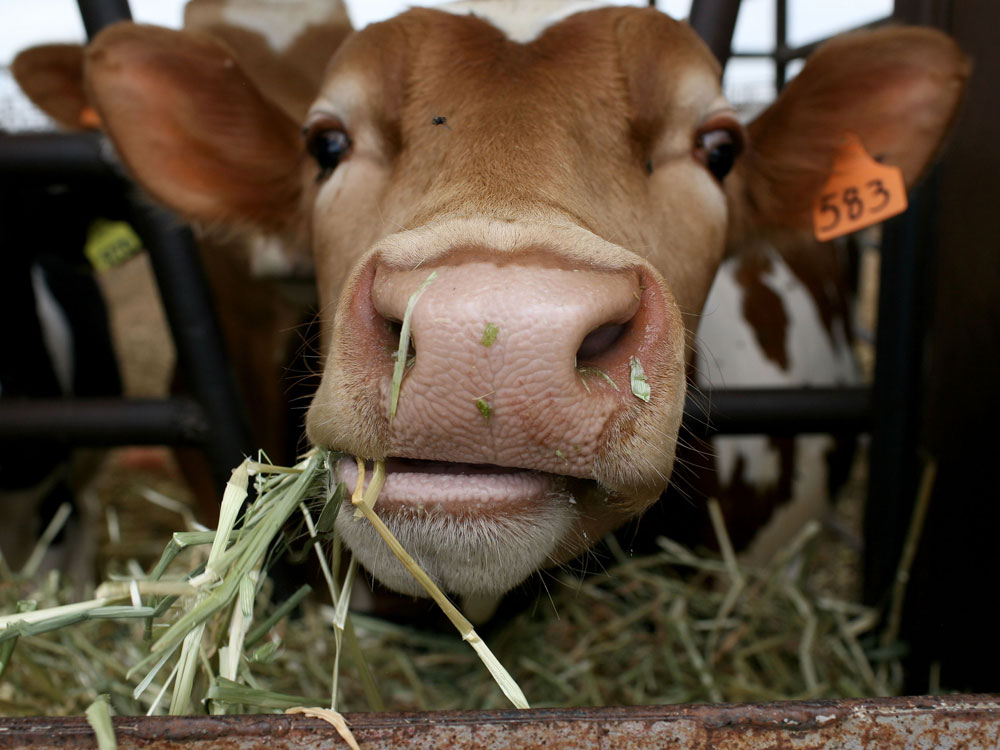 If cow's udders weren't so close to their rear ends, raw milk might not be so risky, according to food safety consultant Bill Marler.

On a recent morning in Venice, Calif., workers at Rawesome Foods were opening up shop for the day when there was a knock on the door.

"I went back there to see who it was, and they said, 'Police, we have a search warrant,' " Rawesome volunteer Jim Phillips says.

Guns drawn, the cops entered the natural food store. They found the contraband in the dairy case. It was raw milk.

"In particular, some raw goat's milk we get from a farm," fellow volunteer Lela Buttery adds.

The police said the co-op needed a permit to sell raw milk, and confiscated all the raw food Rawesome wasn't cleared to sell -- volunteers say about $10,000 worth of stuff. The shop reopened later that day, but it was a big hit that didn't make a lot of sense to co-op members.

"There's a marijuana dispensary down the street from my house," Buttery tells NPR's Guy Raz. "I can buy as much alcohol as I want, but I can't drink this enzymatic, nutrient-rich superfood?"

Why Shouldn't We Drink Raw Milk?

People who eat a raw diet don't just eat raw nuts, fruits and vegetables. They eat a lot of raw food that comes straight from animals.

More On The Raw Milk Debate

It's mostly the milk and meat government regulators have a problem with. Those, they say, can carry diseases like E. coli or salmonella.

But there's a lot of nutritional value raw foodists say they get from raw meat and milk, too. Omega 3 fatty acids, for example, which promote brain and heart health. Certain "friendly" bacteria that promote immunities, too. Pasteurization destroys that bacteria, plus a lot of the vitamins and proteins raw foodists want.

"The milk that I'm drinking is straight from the cow, so it has the enzymes to pre-digest the proteins that are in it," Buttery says. "It has the nutrients that haven't been killed. And the vitamins haven't been fortified by synthetic vitamins."

Perhaps nothing pinpoints the philosophy of the raw food movement better than the paper Rawesome members sign when they pay to become a member of the co-op.

"It clearly states that: 'I reject the government's rules for pasteurization, homogenization; all these things on my food. And I want E. coli, listeria, salmonella in my food.' " Buttery says.

"In your gut right now you have salmonella," Buttery says. "You have E. coli. You have listeria. We've evolved with it, and it's what your immunity is made out of."

Bill Marler is a Seattle-based lawyer who specializes in cases of food-borne illness. He's also the founder of a nonprofit consulting firm that teaches food companies how to make their food safer. He doesn't blame raw foodists for wanting natural foods, but he disagrees that they're safer.

The bugs that exist today aren't the same as they were 50 years ago, he says. "It's a different world, and you have to pay attention, especially for young children."

E. coli, salmonella and listeria are all fecal bacteria. "It's very difficult to create a sanitary environment when cows don't wear diapers," Marler says. It's harder still to produce raw milk safely at the volume that retail stores demand.

"It's not something you can see, taste or smell," he adds. "There's very little margin of error for these bugs."

If people want to consume raw milk, Marler says, they need to purchase it directly from the farm. "They need to go and look that farmer directly in the eye. They need to see the facility -- and it also needs to be regulated by state and local authorities."