Accessibility links
In Venezuela, Rise Of Labor Unions Turns Deadly President Hugo Chavez calls his country a workers' paradise. But trade union activists are being murdered at an alarming rate in Venezuela, making it one of the world's most dangerous countries for union organizers. 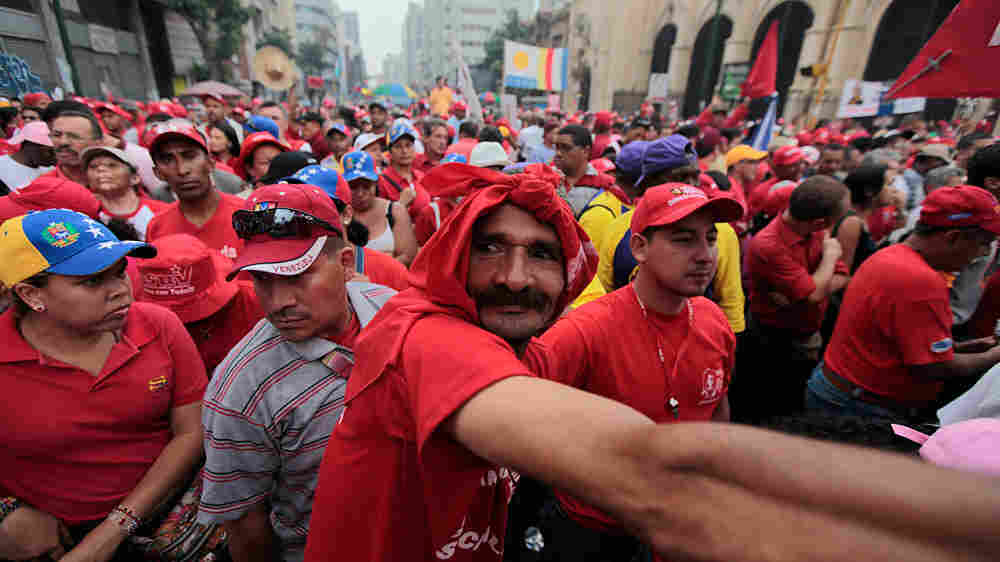 Supporters of President Hugo Chavez attend a rally as he delivers a speech during Labor Day in Caracas on May 1, 2009. Fernando Llano/AP hide caption 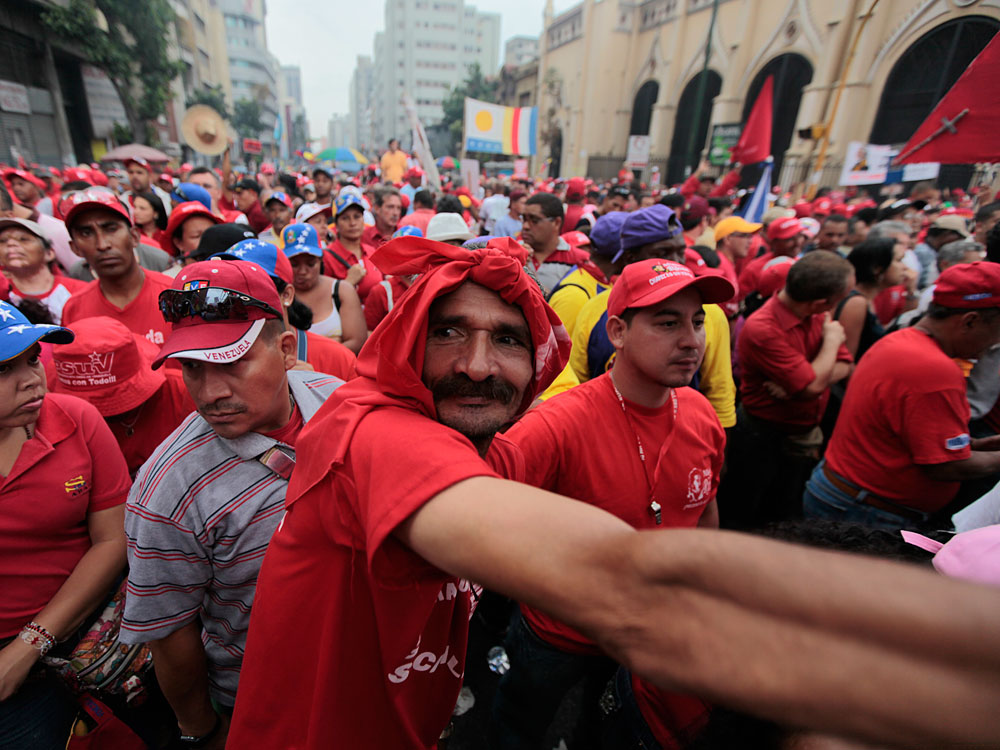 Supporters of President Hugo Chavez attend a rally as he delivers a speech during Labor Day in Caracas on May 1, 2009.

In Venezuela, socialist President Hugo Chavez frequently touts his country as a workers' paradise, where workers run nationalized companies and the oligarchs are kept in check.

But Venezuela is among the world's most dangerous countries for union organizers.

Trade union activists are being murdered at an alarming rate -- 75 in the past two years -- as new unions vie with traditional unions for power and control. Some union chiefs say government meddling in the unions is stirring the violence.

One after another, union members are being killed in Maracay, a historic city along Venezuela's northern fringe. One union leader was shot dead in his home. Three others died when two gunmen unloaded their handguns in the roadside restaurant where they were eating.

The latest victim was Jerry Diaz, a union activist killed by two gunmen in April. He was shot moments after getting into his car outside his house, says his brother, Cherry Diaz. Diaz says he was half a block away, ran to his brother and found him dying on the street.

The murder remains unresolved. Diaz says he doesn't know why his brother was killed.

But he says that a renegade union had been trying to oust his brother's established union in the paper-making company where he worked.

Under Chavez, unions have multiplied exponentially, promoted by the government to counter what officials here call stridently anti-Chavez unions.

The government calls itself solidly pro-labor. It has repeatedly hiked the minimum wage. And it has handed once-private companies to the workers to run.

But some union leaders describe a dark side, saying the new, pro-Chavez unions go head to head with established ones.

The objective is to control work sites. And the pay-off is controlling the jobs at those sites. That's because in Venezuela, workers often pay union leaders kickbacks for their jobs.

Marino Alvarado, an investigator for the Provea human rights group in Caracas, has been looking into the murders.

Having a union has become a business, Alvarado says, and that's led to a Mafia-like atmosphere where union leaders end up dead.

The violence has claimed 75 victims in the last two years, according to figures compiled by the Catholic Church. That's more than in Colombia, which over the years has been known as the most dangerous country for union organizing.

Emilio Bastidas is a regional leader of the UNETE confederation of unions in Maracay. UNETE has already lost eight members, the latest being Jerry Diaz.

Bastidas says using hit men to kill off union leaders is a tactic designed to weaken unions opposed to Chavez.

He blames the government and says that most of the slayings are unsolved. He says that sends the message that killing union members will go unpunished.

But he doesn't know if anyone in the government is giving the orders or if it is simply the work of renegade unions taking advantage of the general impunity in Venezuela.

Calls to the attorney general's office and to the Labor Ministry to discuss the problem were not returned.

Anair Medina, Jerry Diaz's wife, says she raised the question of safety with her husband shortly before he was killed. But he told her that he had to keep fighting for his workers, she recalls.

Now, she says, she is alone, left only with the memories of her husband.