Accessibility links
Audubon's First Print Is Found: Bird On An 1824 $3 Bill For decades, scholars have wondered what happened to naturalist John James Audubon's first commercial illustration, of a small bird called a heath hen. In 1824, the engraving was destined to decorate a banknote -- but it was soon lost. Now an example has been found. 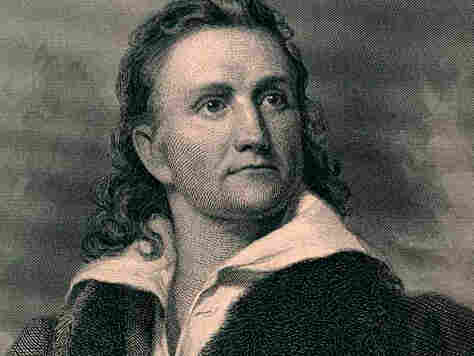 For decades, scholars have wondered what happened to naturalist John James Audubon's first commercial illustration, of a small bird called a heath hen. In 1824, the engraving was destined to decorate a banknote -- but it was soon lost. Now an example has been found.

Robert Peck, a curator at Philadelphia's Academy of Natural Sciences, says that in 1824, Audubon wrote in his diary that he had drawn a heath hen for a Philadelphia engraver.

But finding a print of the drawing wasn't an easy task.

"At the time -- the middle of the 19th century -- there were thousands and thousands of bank notes circulating," Peck says. "This was before we had a national currency."

Peck's partner in the search was currency historian Eric Newman -- formally known as a numismatic scholar. Together, they looked for a note from a New Jersey bank like the one Audubon mentioned in his diary.

But they determined that the bank had likely destroyed all its currency. So instead, they looked for the bird in a group of sample sheets from the engraver who had hired Audubon.

The sheets provided banks with stock art for their currency -- many of the images were of George Washington and bald eagles, Peck says. 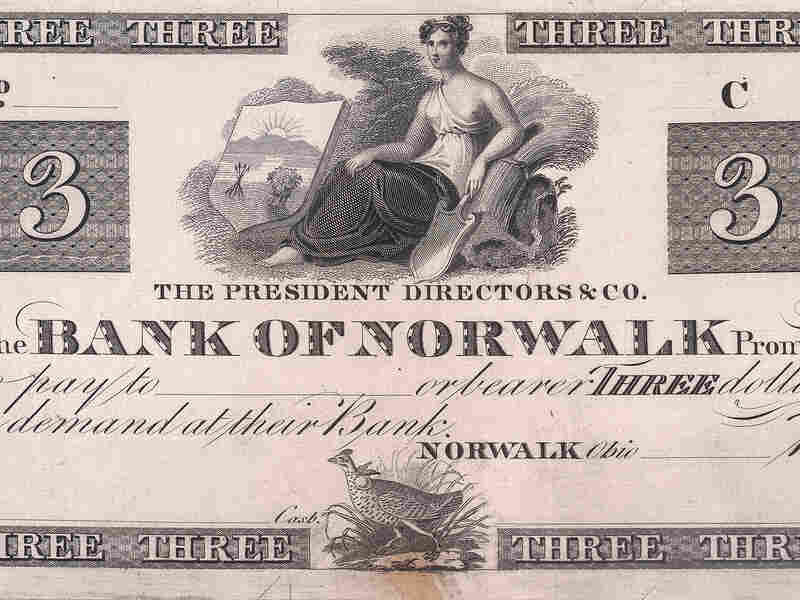 John James Audubon's drawing of a heath hen (center) adorns an unfinished design for a $3 note from the Bank of Norwalk, Ohio.

"And there, amidst all of these rather staid and patriotic symbols that would be appropriate for banknotes, was this tiny little bird, rushing through the grass," Peck says.

That's when he and Newman knew they had found Audubon's bird, ending a decade-long search and filling in a blank in the career of one America's premier naturalists.

Just a few years later, Aubudon would publish his watershed work, The Birds of America, which established him as both an artist and a celebrity.

As for the heath hen, the animal is reportedly extinct. And Peck says it was Audubon's bad luck to choose the small, unassuming bird for a banknote.

"A little scurrying grouse rushing into a bed of grass is not the kind of confident image that a bank president wants to convey," Peck says.

It's very likely, Peck says, that Audubon's grouse was simply replaced by a bald eagle.