Accessibility links
Heart Transplant Puts Golfer Erik Compton Back In Game One of the golfers in the recent Greenbrier Classic was playing with a donated heart -- and it's not even his first. Erik Compton has had two heart transplants, and he can still swing with the best of them. He shared the tournament lead after the first round. 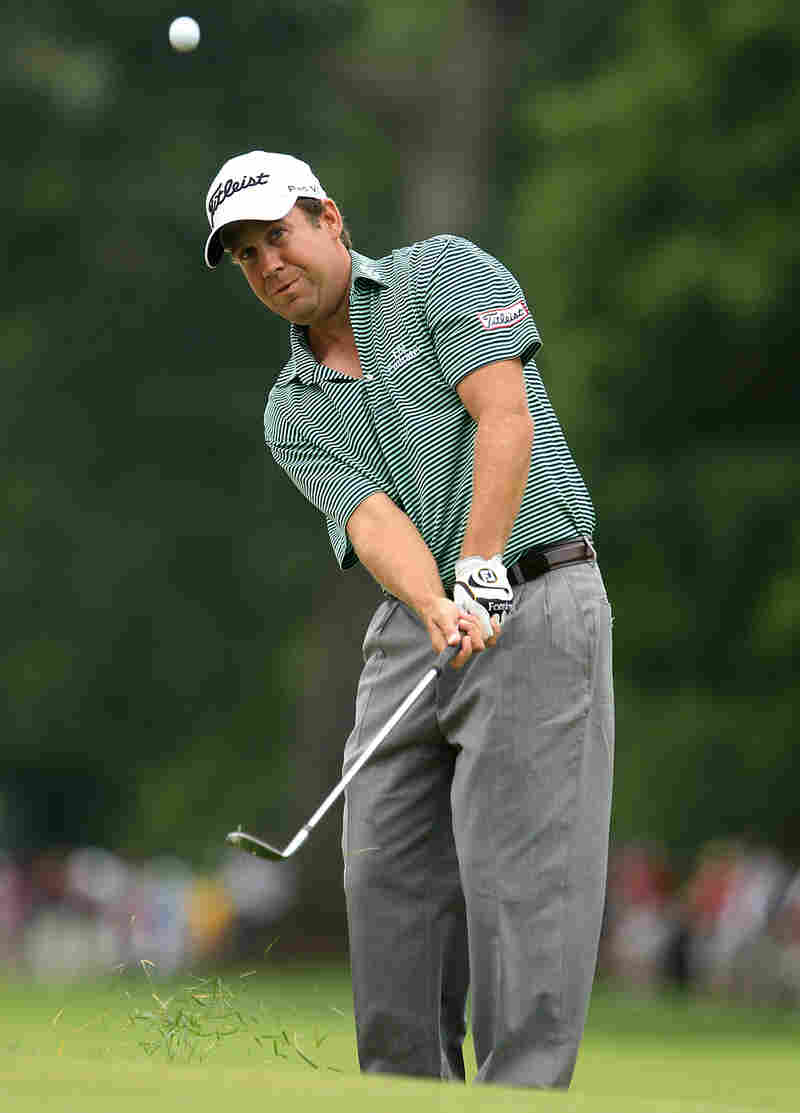 Once America's top junior player, Erik Compton received his second heart transplant in 2008. At the Greenbrier Classic this past weekend, he shared the lead early before fading on Sunday. Scott Halleran/Getty Images hide caption 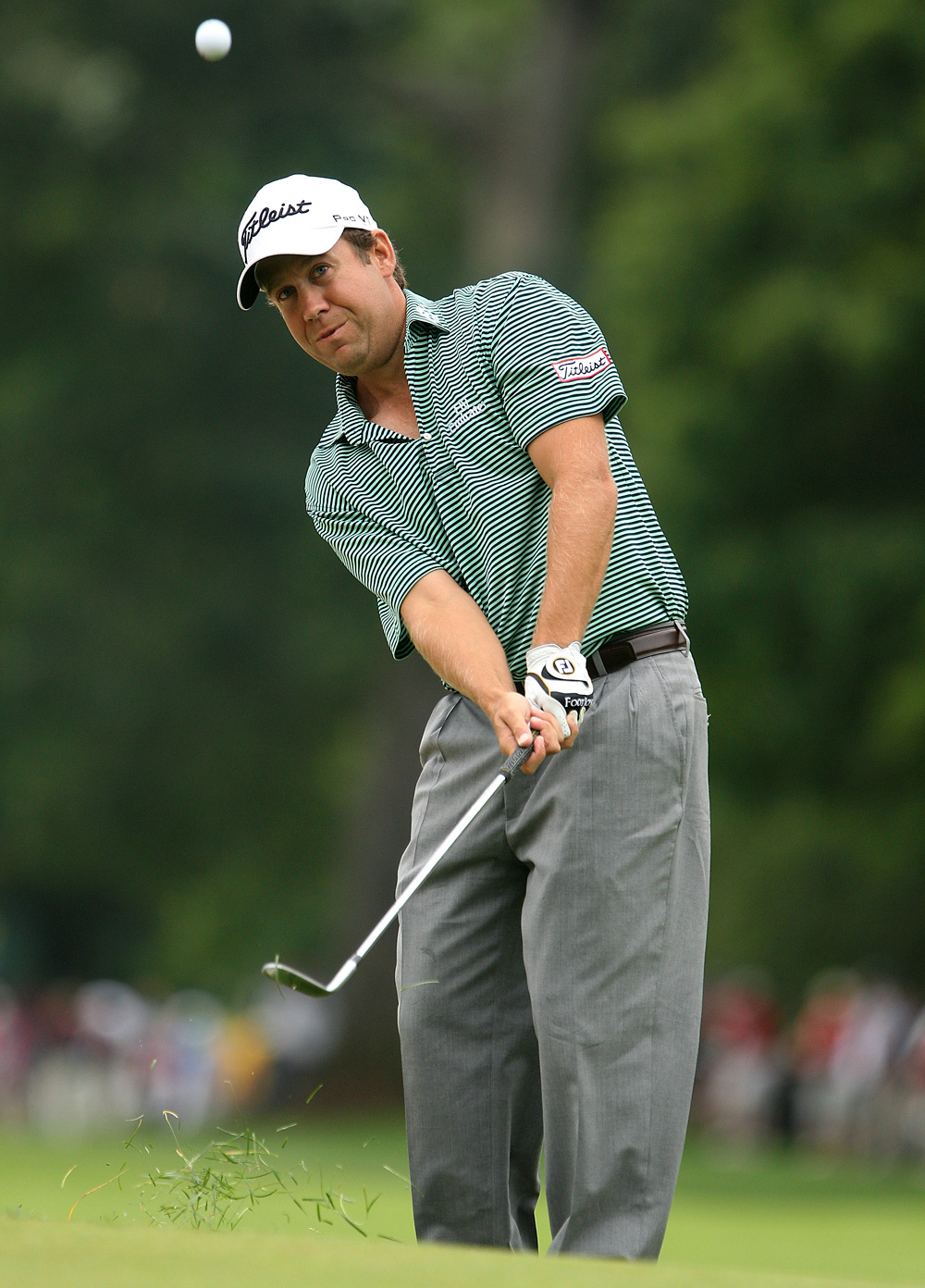 Once America's top junior player, Erik Compton received his second heart transplant in 2008. At the Greenbrier Classic this past weekend, he shared the lead early before fading on Sunday.

In May, two years ago, Isaac Klosterman, 26, a fine young man and former college volleyball player, was riding his motorcycle one night in Florida, when a hit-and-run driver pounded the bike from the rear. Isaac never saw what hit him.

Last Thursday in West Virginia, at the lovely old Greenbrier, a short golfer appeared visible approaching the 18th green, the final hole of the opening day $6 million PGA Classic there. The golfer coming down the fairway was named Erik Compton. He parred out, finishing the round in 63 to tie for the lead. Only it was Isaac Klosterman's heart that beat under the leader's shirt.

And even more incredibly, that heart is Compton's third.

Growing up in Miami, he was only 9 when he learned he had a rare disease that caused his heart to enlarge. He finally got a transplant three years later, took up golf, and became the country's best junior player.

"Well, I'd had a great life," he told me when I interviewed Compton last month for HBO's Real Sports. But then, he got Klosterman's heart and started life all over again -- but now with a wife, too, and a miracle baby that doctors told him he could never father because of all his medications.

Amazingly, he qualified for the U.S. Open this year, having to play 39 holes in a playoff -- because fatigue is Compton's greatest enemy. He's made five cuts in the seven PGA tournaments he's played this year. But the grind is still often too much for his rehabilitation, and at the Greenbriar, he faded on the last day. That part is heartless.

He has met the donor family, the Klostermans. He knows about their son, whose heart lets him play PGA golf.

"Transplants are fine, but a twisted thing you live with," Compton says. But Isaac Klosterman's parents, Lillian and Jeff, had been immediate in granting permission for all his organs to be taken from him. "Otherwise," Lillian told me, "it would have been a total waste of a good person's body."

In some countries, there is a policy called "presumed consent," where unless a person denies the use of his organs upon death, they automatically can be transplanted. Here, it's the other way round: you have to give permission.

About 3,000 Americans are waiting for heart transplants today. Presumed consent would make it possible for another Erik Compton to walk down a PGA fairway, or to play a piano symphony, or to paint a masterpiece -- or just to come back home and greet a family with love and gratitude.

Transplanted hearts run out in 15 years or so. Erik isn't worried. He's sure medicine will advance enough in that time. I met the late Dr. Christiaan Barnard, the first heart-transplant surgeon, in Cape Town years ago.

"Someday," he said, "we will have a body transplant. You just keep your brain and get a whole new body."

I think Erik Compton will be playing seniors' golf before he's through.