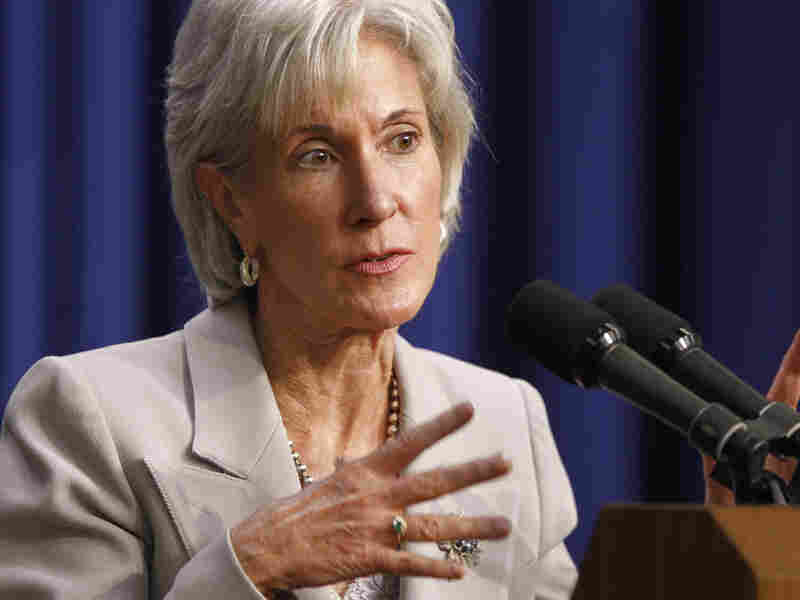 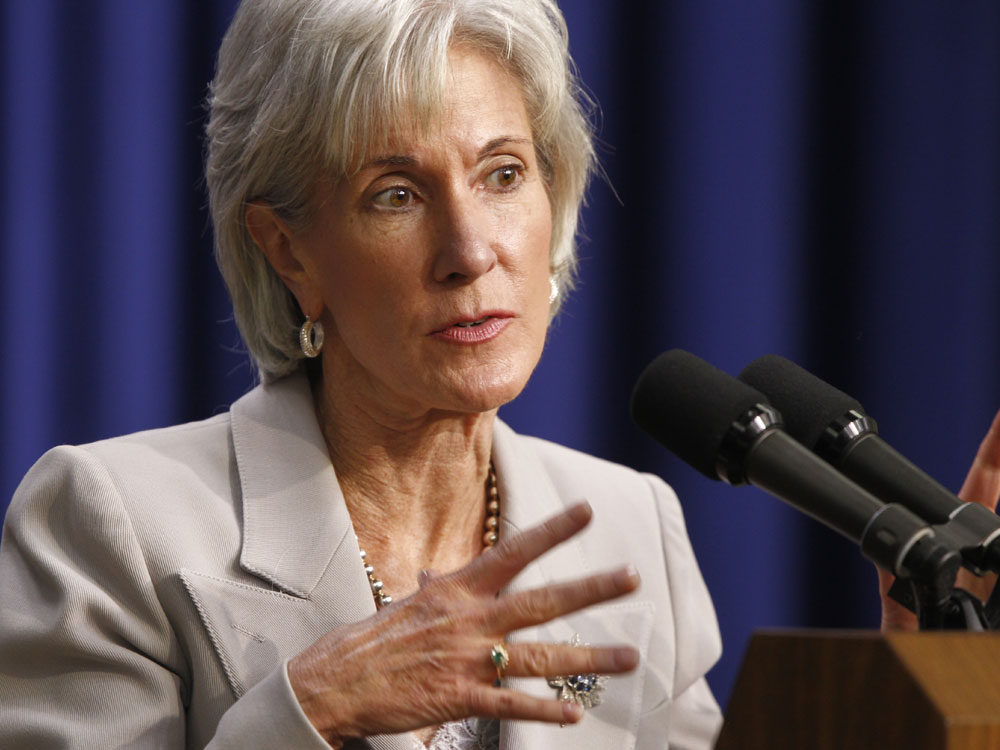 The law will take several years to roll out, but Sebelius says she hopes the Patient Protection And Affordable Care Act will help Americans whose employer-provided health care policies are unaffordable.

First, the law should prompt competition in the health care marketplace. Too often "one insurance company has the whole ballgame" in many states, she tells NPR's Tony Cox. That company raises its rates, "often by double-digits, and employers, over time, have shifted a large portion of those costs to employees," without increasing benefits.

And its mandated compliance with the medical-loss ratio may help with consumers' insurance costs, Sebelius says.

"Eighty percent of all the premium dollars are going to have to go to pay health costs, not overhead, not CEO salaries, not advertising," Sebelius says.

But, there are a lot of policies on her radar that don't meet that ratio, "where the profit margin and the excess administrative costs well exceed what people are getting," she says. "In those cases, where the rates are too high and the companies don't meet the ratio," the customers get a rebate.

She cites preventive care with no co-pay and the closing of the "doughnut hole" in prescription drug coverage as major improvements brought about by the law. And annual checkups, which Sebelius says she gets asked about often, are part of the plan.

"Keeping people healthy in the first place," says Sebelius, "is much better than waiting until they're sick and paying a big hospital bill."

Sebelius acknowledges that there's a lot of misinformation about the law making the rounds. For example, "the notion that somehow people, even if they can't afford coverage, are going to have to buy coverage, that's just not accurate," she says.

Other misconceptions: "That you're going to lose your plan, lose your doctor." And, she says, "there are lots of people who still believe that small business owners are going to be mandated to purchase coverage for their employees." That is simply "not true, not in the law."

But Sebelius says she hears the most disturbing inaccuracies during conversations about Medicare. "I think seniors were particularly targeted with a lot of misinformation," she says.

Sebelius says seniors have been misinformed about a whole host of things -- "something would happen to their guaranteed benefits; that Medicare Advantage Plans would cease to exist, and people wouldn't have any options; that there'd be a restriction in coverage. That huge cuts were going to be made that would affect their care."

"Nothing could be further from the truth," Sebelius clarifies.

The Health and Human Services Department is reaching out to seniors by mail, through the Medicare website, and through their 1-800-MEDICARE call center to try and correct misconceptions and reassure seniors, as well as inform them about how the law can help them.